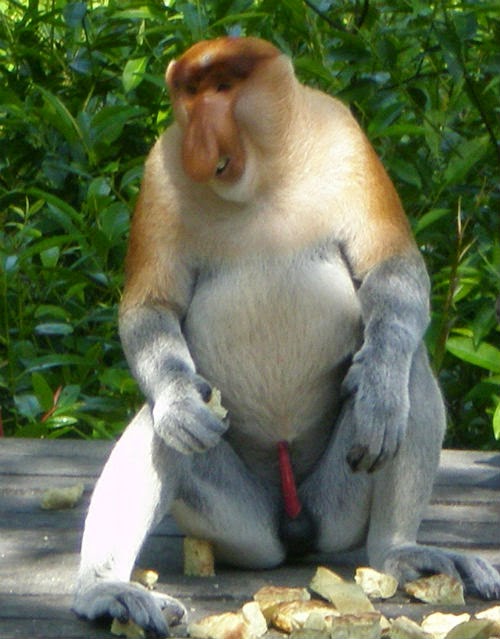 While most people go and see the orangutans when on holiday in Borneo, I found that the Labuk Bay proboscis monkey sanctuary made for a much more entertaining day out.

Labuk Bay sanctuary is a good place to get up close and personal with these utterly strange, yet fascinating creatures. The sanctuary is located outside of the town of Sandakan in Malaysian Borneo and has been around since 1994. There are about 60 monkeys that live here without fear of losing their natural habitat to developers creating palm plantations for the palm oil industry.Visitors can watch the monkeys being fed from large observation platforms and it is an interesting sight to see. 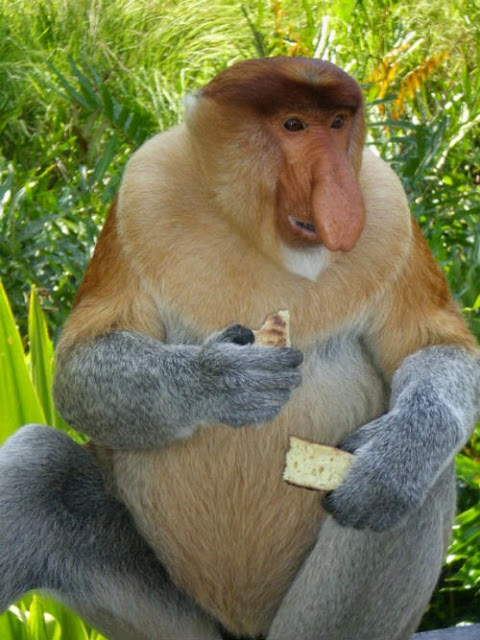 They’re not the prettiest things around as the males have large bellies and enormous noses that look a lot like... er, well human male genitalia. And apparently in the world of the proboscis monkeys, size does matter as the male with the biggest nose gets the most females. In the local language these monkeys are known as the ‘Dutchman Monkey’ as the people of Borneo thought they looked much like some of their former colonial rulers. (Admittedly, some of my male fellow countrymen do resemble the proboscis monkey... ) The females are slightly prettier as their noses are smaller and less prominent. Although it’s a powerful tool to let the male of the group know that they’re in the mood for some TLC. When she’s up for it, she makes a cute pout which pushes her nose up a bit. 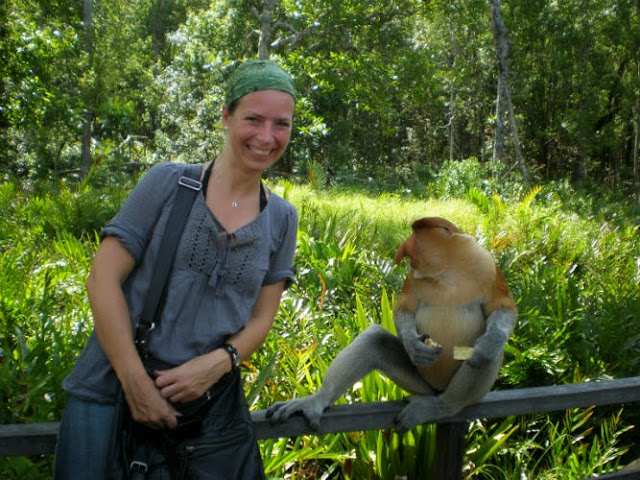 Like I said, you can observe them during their feeds. Which is what I did on my holiday to Borneo last year. As I was watching them enjoy their pancakes, I noticed that one of the females made that powerful pout towards the male next to her. Of course, as you'd expect from a man, he couldn’t resist the offer and while he was still chewing and holding a pancake in his hand, he mounted the female from behind. Not very romantic, but an excellent example of multi-tasking, eating while love making. I don’t think that Dutch men could successfully do the same!!