If you can't go to Spain , let Spain come to you. Which is exactly what I did last week when I was invited to the launch of Ibérica la Terraza in Canary Wharf. It's the terrace version of the two already existing Ibérica restaurants, one located in Marylebone and the other is in Canary Wharf, just off Cabot Square. 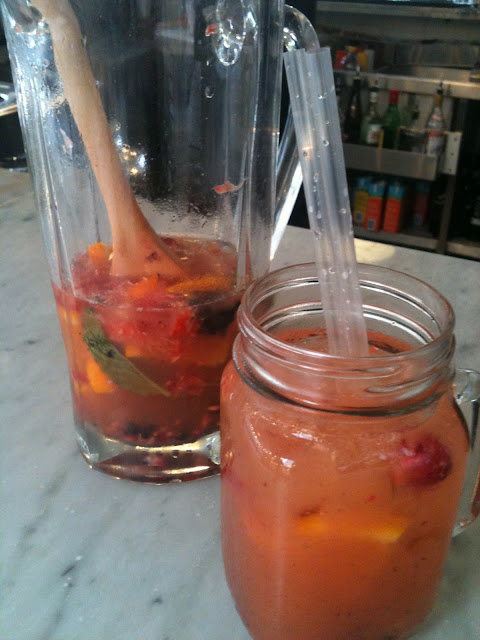 Ibérica la Terraza is set in a corner of Cabot Square, tucked away between the high rise buildings of London's financial district Canary Wharf. I love coming to this part of London as it always gives me that Manhattan kind of feeling, but tonight Cabot Square feels remarkably Spanish.Ibérica la Terraza is set in one corner of the square. It has its own outdour bar and kitchen complete with Spanish mosaics. Atmospheric lights are strung in the trees overhead and tables are placed adjacent to the square's water fountain with guests lounging on comfy couches. 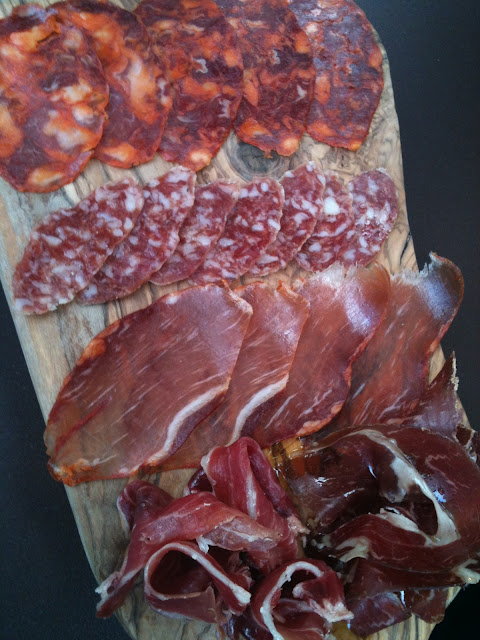 When we arrived, we were taken to our table where the friendly waitress handed us an arm full of fluffy blankets. (Let's face it, we are still in Britain afterall). We were served two jars of pink fruity sangria which was deliciously refreshing. All the while the tapas kept coming. We savoured the Serrano ham, chorizo and the salchichon, a relative of the salami sausage. 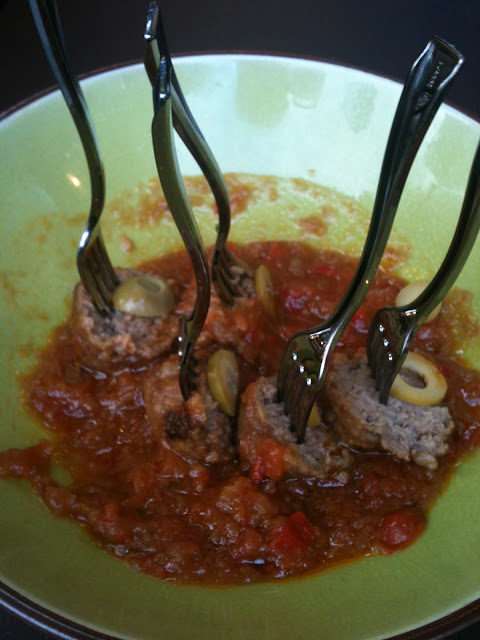 Then there was a cheeseboard draped with manchego cheese, a soft cheese accompanied with quince jelly. It was followed by a colourful platter of canapes. I tried the fried squid, sunblushed tomatoes and Russian salad on toast and albondigas, succulent meatballs in tomato sauce. Every single one tasted moorish. 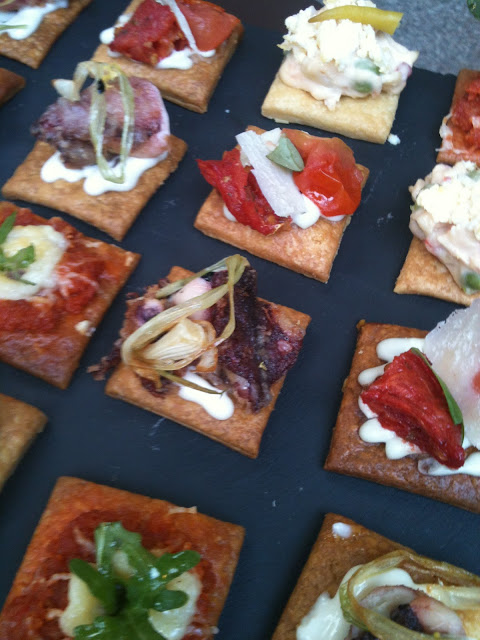 To finish off the parade of colourful flavours the waitress treated us to a mini crema catalana, a creamy dessert laced with a hint of lemon. 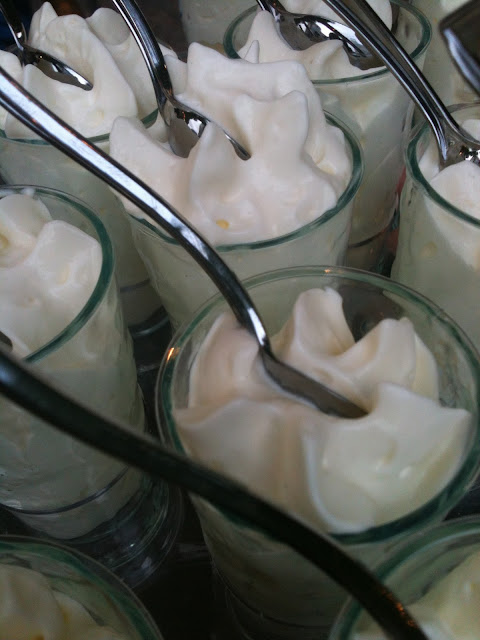 Then the sun disappeared behind the Canary Wharf sky scrapers and the temperature dropped and the fluffy blankets didn't stop us from shivering. This was our cue to return home. But surely, the preview we'd gotten from the opening evening at Ibérica la Terraza left us wanting more and we will definitely be back this summer. Hopefully the fluffy blankets will not be needed then.