You can't go to Scotland without having a glass of the local brew, so last weekend my travel buddies and I took a detour to one of the many whisky distilleries this country holds. 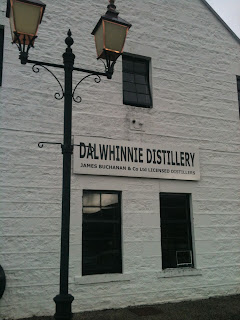 After or arctic-like adventure on Ben Nevis, we deserved something special and at Dhalwinnie they not only give you a choice of fine whiskies to sample, they pair it with chocolates that really complement the flavour of the whiskies.

Now I'm not a big whisky drinker at all, but anything that involves chocolate will get me interested. So I was in. And since the town of Dahlwinnie is the coldest town in the country, I thought the whisky would warm me up a bit. 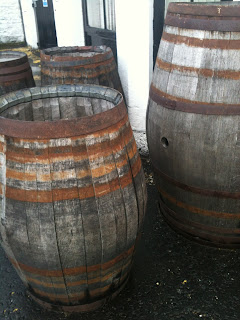 There are different packages that range from 3 to 6 different whiskies which you can also combine with a tour of the distillery. We had to miss out on the latter as they were closed for reparations.


So the whisky. We started with the distillery's own 15 year old 43% paired with a cocoa dusted velvet truffle. The whisky had a smooth vanilla and honey flavour to it that wasn't too bad and the truffle made it taste like a chocotini. 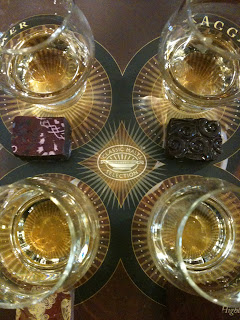 The second one was a Cragganmore 12 year old 40% with a Nigerian ginger truffle.  I didn't like the truffle, but together with the smooth and herby tasting whisky it actually was very easy on the palate.

The third whisky was an Oban 14 year old 43% accompanied by a green cardamom truffle. Yummie truffle and the whisky wasn't too bad either. A great combo of flavours between the choccie and the whisky. The description said that it had a fruity flavour with a whiff of sea air. I didn't get the sea air at all, but you gotta give it to them for being original in their descriptions. 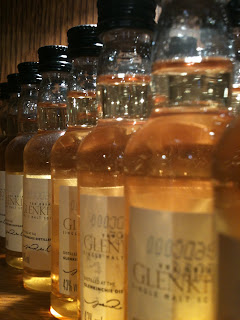 All in all it was fun, but I think I'm still a bigger chocolate lover than whisky fan.