Pompeii and Herculaneum at the British Museum

After seeing the real thing in Italy earlier this year I couldn't miss the exhibition of Pompeii and Herculaneum at the British Museum. So I booked myself a ticket online and off I went. 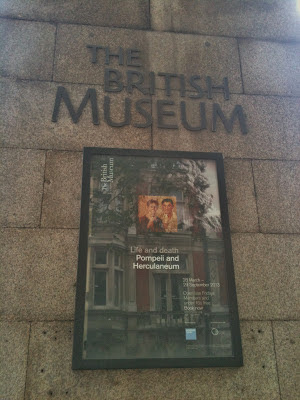 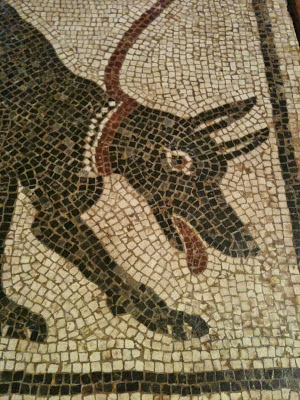 The exhibition is laid out as a typical house of that time and visitors are led through the different rooms where the artifacts that go with that particular living space are displayed. 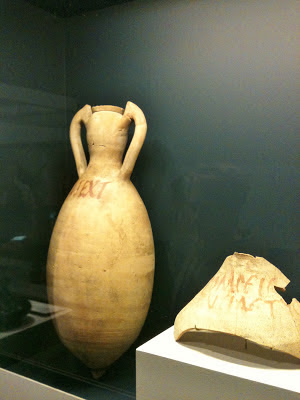 There's the shop area with its different tools, liquor jugs and canisters. You walk through the living area where colourful mosaics hung and marble plaque on the wall and residents sat on beautifully crafted furniture. There's a garden where you can just imagine the people of Pompeii relaxing there with the sound of birds chirping and water flowing in the fountain in the background. 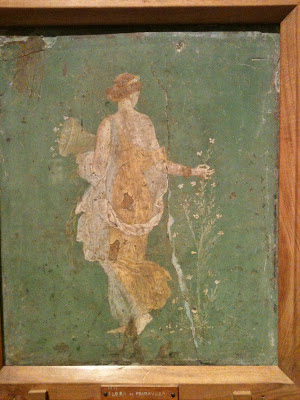 You learn that the Romans were a lively bunch. They liked to show off their wealth by throwing lavish parties. You learn that they were very open about what happened in the bedroom. Very open, indeed. It was apparently very common to have your slave present during lovemaking and sometimes the slave was even allowed to join in. You'll see that the ladies cared about their looks and wore makeup and jewellery. 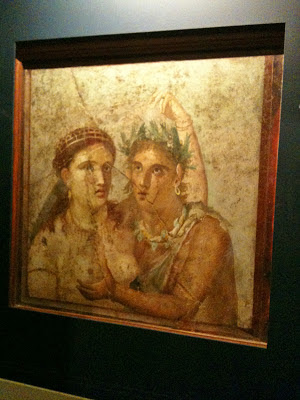 However the most remarkable items I thought were the plaster casts of the dog and the family with two children. It is scarily visible how awful it must have been for them to go through a natural disaster of that scale and die the way they did. Ironically, as horrible an event it must have been back then, it also enabled us to learn so much about the way the Romans lived back then because the ashes and debris conserved the towns so well.