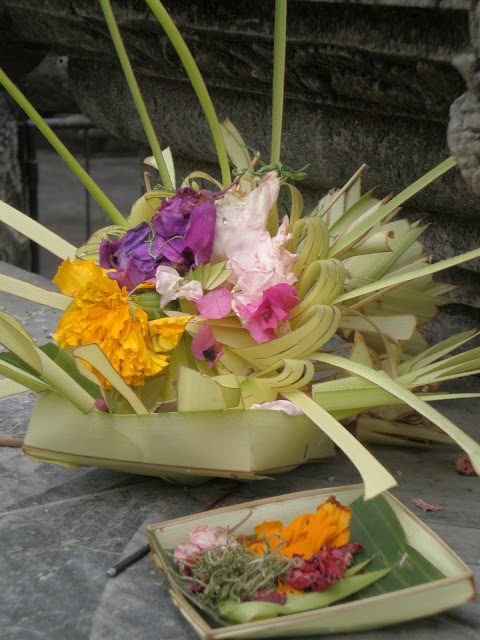 Bali’s trademark is its Hindu culture and all the customs, temples and shrines that go with it. When I was staying in Seminyak, my parents and I hired a car and went on a little temple exploration tour and ended up at the spiritual complex of Pura Tirta Empul in Tampaksiring. It’s located in the middle of the island and is mostly known for its spring that holds holy and purifying water. 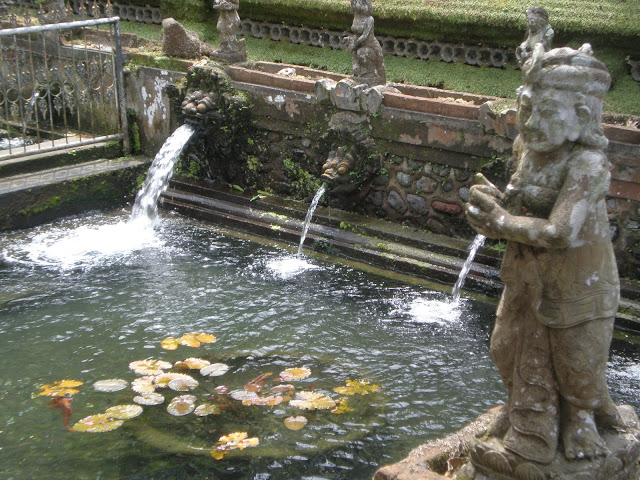 After having paid the entrance fee and putting on our obligatory sarongs we walked onto the grounds. The temple complex, which is still used today, houses a few different shrines, ponds and of course the holy spring. The ponds, which are the first things you come across when entering the complex, are full of curious koi fish and colourful water lilies. As we walked on, a ceremony was being held at one of the shrines and we stood and took it all in for a while. Regardless of the fact that we had no clue what was going on, we were fascinated. There was some chanting and humming and a lot of going back and forth to the main spring. 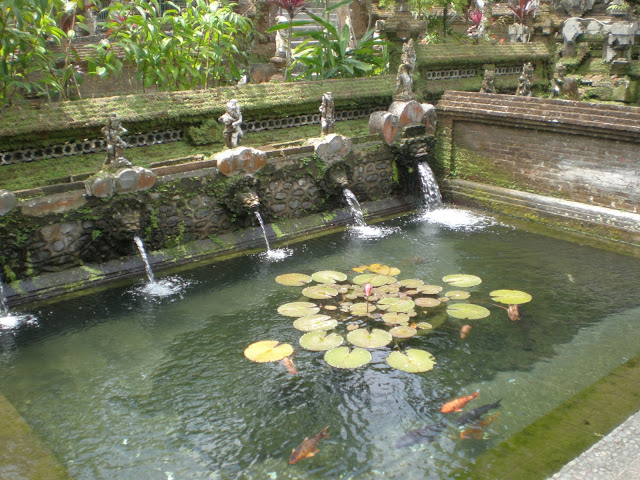 The Tirta Empul complex’ most important feature is this spring where locals (and tourists) purify themselves with the water coming from the numerous spouts at the far end. Based on a legend, the water is believed to have healing powers and cures people of sickness and ill health and purifies them of their sins. It was mesmerising to sit on the edge of the pool, with our feet dangling in the water, watching people wade in and pray in front of the spouts, with heaps of those typically Balinese offer baskets overhead. Before moving onto the next spout, they would splash their face and upper body with the holy water coming out of the spout and then the whole ritual was repeated again. Some other tourists went in and emulated what locals were doing, but we felt our presence alone was intrusive enough. 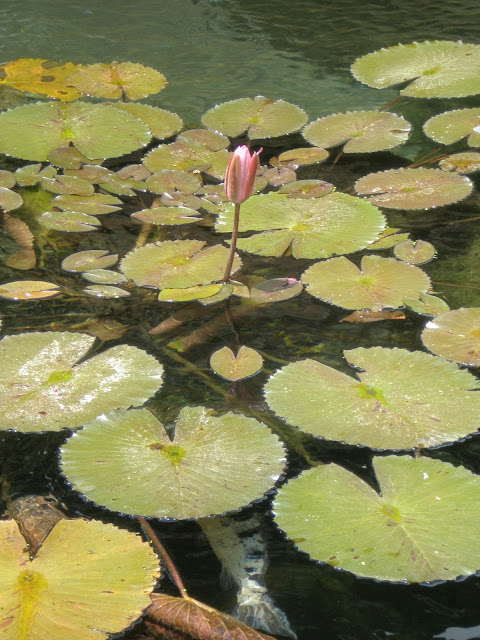 Our visit to Tirta Empul was a very spiritual and pure experience, even though we only stuck to watching everybody else getting rid of their sins and illnesses.