One thing the French know how to do extremely well is pastries and when I was in France over the weekend I couldn't resist indulging in some delicious ones at Cafe Meert in Lille. 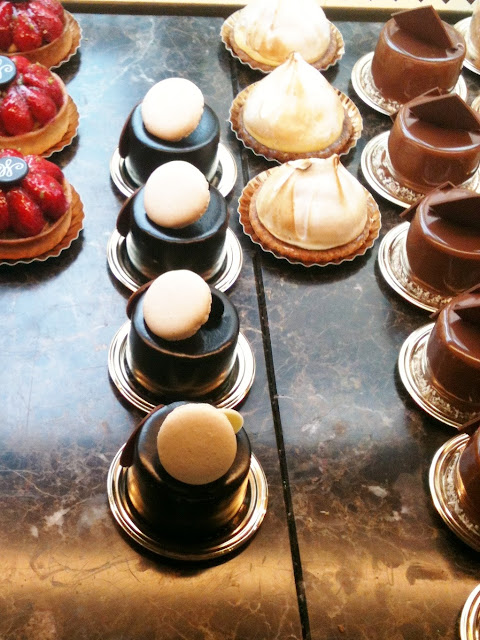 The shop is an institution in Lille and has attracted many celebrities and blue blooded people over time including General Charles de Gaulle. The atmosphere of Cafe Meert still oozes a 19th century feel with its wrought iron arches and painted wood panels.

Cafe Meert is a bit of a three in one kind of place. When standing right on front of the shop, there is a chocolate shop on the right. There's a wide range of chocolates which are made on the spot by a highly professional chocolate baking team. I sampled two praline filled bonbons and they honestly tasted like heaven with a pistachio nut on top. They also sell their famous gauffres here, which look very much look like our Dutch stroopwafels, but have a rectangular shape and come with lots of different intriguing fillings like speculoos, praline and blackcurrant and violet. 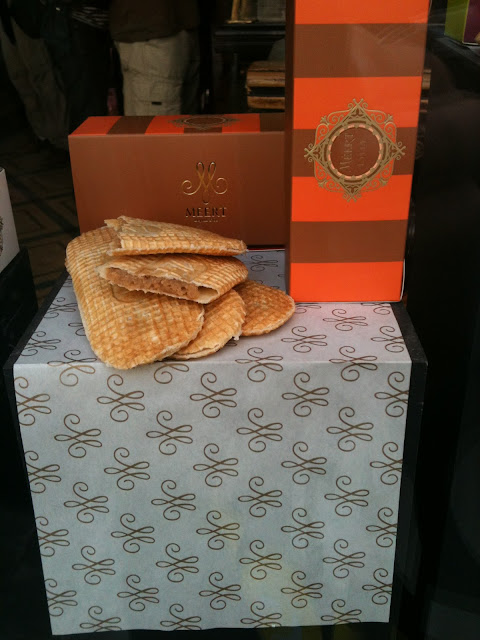 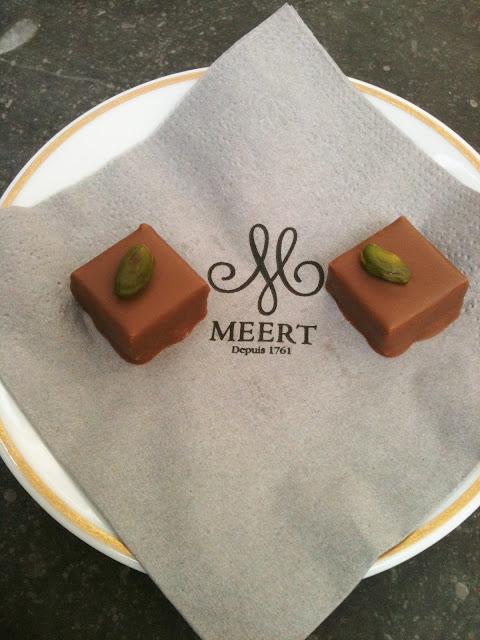 On the left hand side is the pastry shop which sells all kinds of tarts, cakes and pies. Each and every one looks more beautiful and colourful than the next. Again they are all manually crafted by the in-house cake baking team in the cake laboratory in the back. 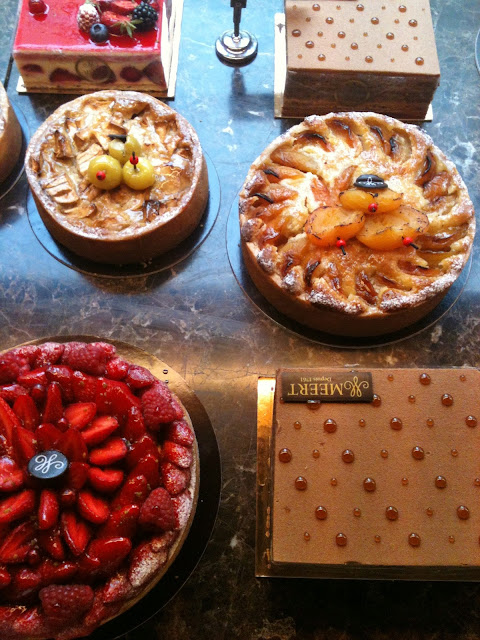 I however need to sit down and put up my weary feet from walking around and went into the tea room. I opted for an iced hazelnut coffee which came in a cocktail glass and was decorated with the with a chocolate syrup letter M drizzled on the top. 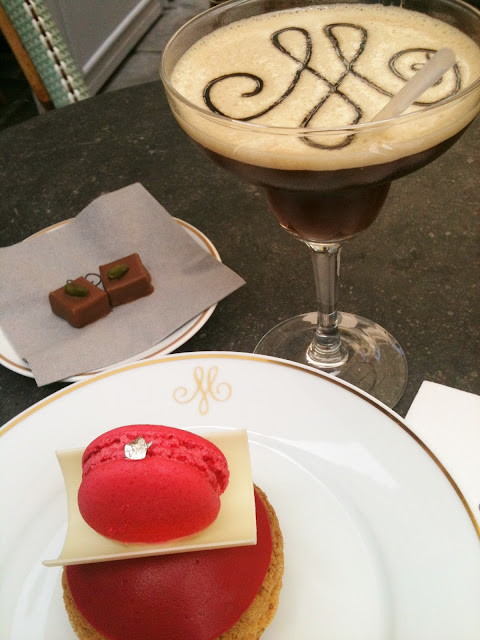 My pastry was called La Religieuse, or the religious woman. There was nothing pious about it. It was a big, sinful profiterole filled with a smooth vanilla cream and a strawberry coulis. It was covered by a raspberry flavoured icing and half-pipe shaped white chocolate. If that wasn't enough, there was a raspberry flavoured macaroon perching on top it. It was almost too pretty to eat, but when I did, it tasted even better than it looked.

They opened a restaurant in 2008 and if the pastry and the chocolates are anything to go by, its menu will be divine.