Walking on the Cliffs at Dover


Coming from a country that's as flat as a pancake, I love walking along the rugged and dramatic coastlines here in the UK. so on a sunny weekend day I took the high speed train to Dover with two of my hiking buddies in tow. We were going to walk the coastal path starting from the cliffs at Dover all the way to Deal, roughly 17km further to the north. 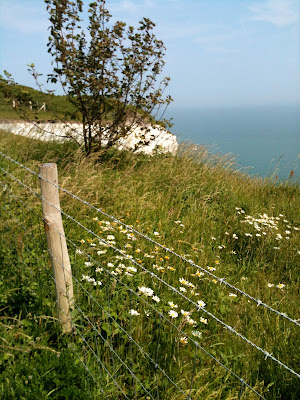 The walk started on the boulevard where Doverians were enjoying the sun and the sea on the beach that ran parallel to the coast. At the end of the boulevard the cliffs slowly started rising up towards the castle, towering over the town of Dover. After we'd passed the most ugly sight of the harbour where ferries were shuttling back and forth, to and from continental Europe, the views turned a lot more scenic. 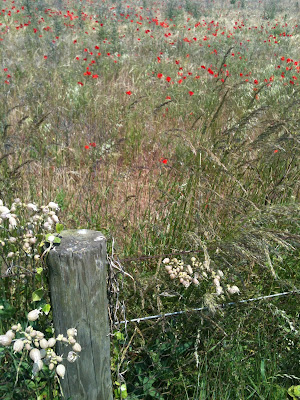 We were now walking on top of the White Cliffs of Dover. contrary to what you  might think, that you can't get a good look at them when you're standing on top of them, we did actually catch some stunning glimpses as the path wound its way along the cliff's edge, hugging inlets and bays. 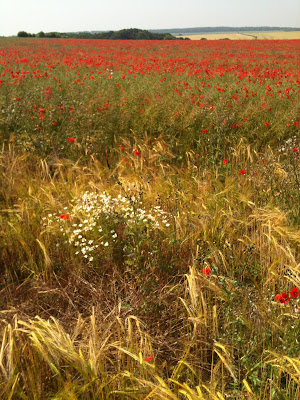 We passed a field ablaze with a sea of bright red poppies fluttering in the wind. We passed the South Foreland lighthouse where the first radio transmission was sent from and an obelisk monument dedicated to World War II casualties. We took a breather on St Margaret's Bay Beach on a bench overlooking the sea. 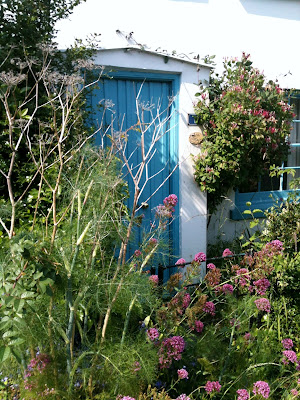 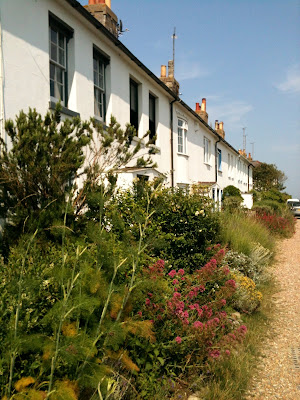 Just before St Margaret's the cliffs gradually became lower and lower and the coastal path followed the pebble beach. We passed some enviable beach side properties at Wellington Parade and Walmer Castle before reaching the town edge of Deal. 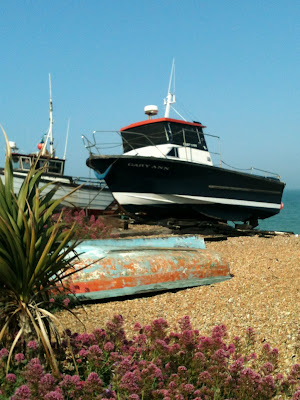 It seemed to be quite a musical day in Deal as we were welcomed by a brass band playing Adele covers and further along the coast, in the town centre, people were dancing to the tunes of a band playing classic rock songs. Having reached the end of our walk, we pulled up a chair, ordered a couple of well deserved glasses of Pimm's and lemonade and watched the residents of Deal enjoy themselves. a quintessentially English way to finish our walk on a quintessentially English landmark. 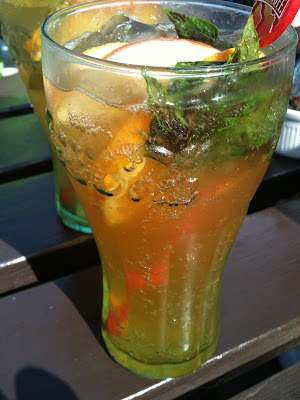