Finding Buddha in Spain is probably the last thing you'd expect on the Costa del Sol, but that is exactly what happened today. Tucked away in the foothills of the Maroma mountain, north of the town of Velez de Malaga, is a Buddhist Stupa that looks out across the valley dotted with mango, avocado and olive orchards. It's called the Kalachakra stupa. 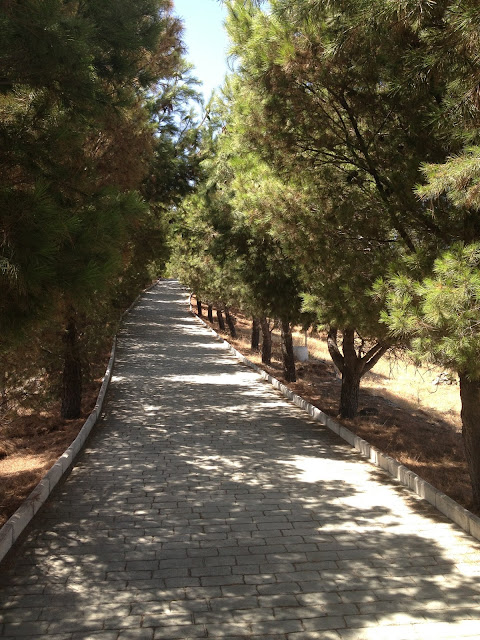 Tucked away it sure was. The drive through the countryside up the steep roads can only be done by 4 wheel drive. After what seemed like eternity of being shaken about in the car that was bouncing on the dirt road ridden with holes and rocks, we reached a serene looking driveway lined with pine trees. It was cordoned off with a metal chain, but we parked the car, climbed over the chain and started walking up the driveway. Between the coniferous branches of the trees, glimpses of the glaringly white stupa were visible as we approached the open space. 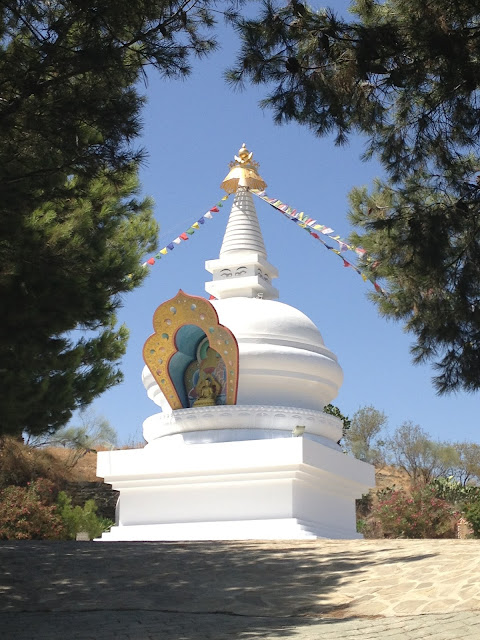 I know nothing abut Buddhism, but this place just oozed serenity. There were several retreats hidden in the bushes on the side. There was a small shrine with pictures of the founder and offerings to Buddha and strings with colourful flags were fluttering in the wind. The views were far-reaching with several white villages draped on the hills around. 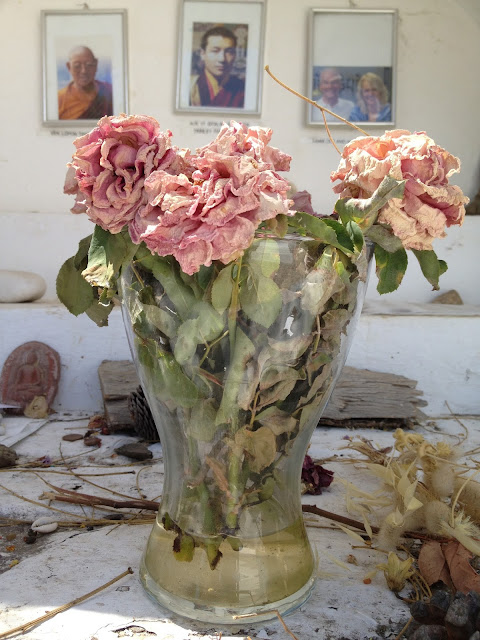 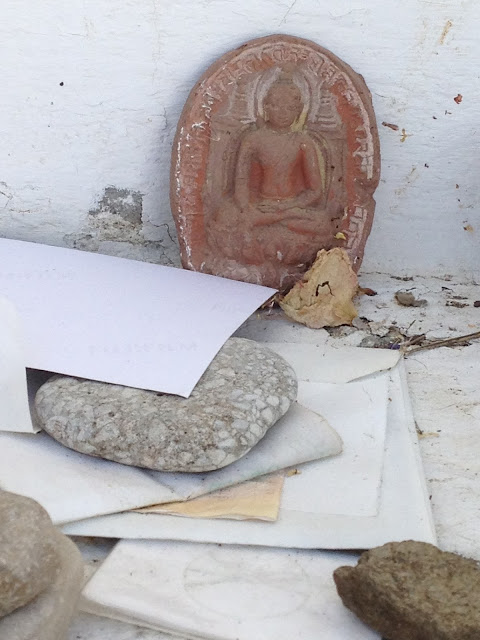 There was no one to explain us a little bit more about it, just an information sign. It said that this stupa was built in the 1990s and was the first one to be built in the west by Pedro Gomez, a Spaniard who travelled to Tibet and wanted to bring Buddhism to the west. He did so under the guidance of a leading monk named Lopon Tsechu Rinpoche. This type of stupa, called a Kalachakra is one of five around the world. 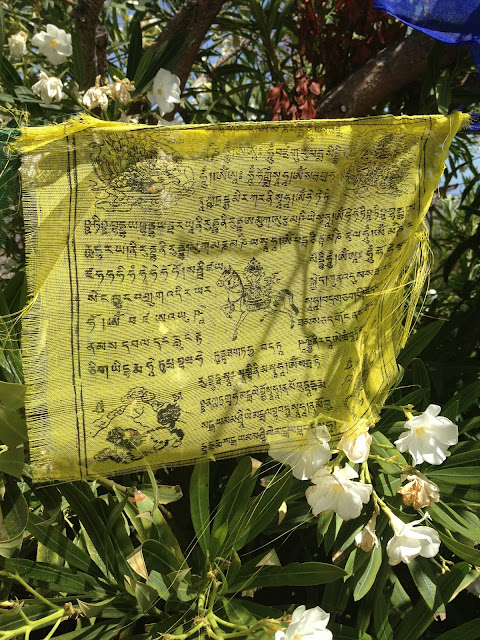 It also said that aside from being a place for offerings and meditation, a stupa fulfills wishes. You just need to walk around it clockwise and your wishes might very well come true. I did walk a couple of rounds around it, wishing for good fortune and happiness.

On our way down to the car, I saw something glistening in the middle of the road. When I looked a little closer it turned out to be a 5 euro cent coin. Coincidence? It did make me wonder...