History of Drinking and Pubs Tour


We all know that the Brits like their drink. Much more so than the Dutch. Before I moved here I had never heard of terms like liquid lunches, pavement pizzas and the expression eating is cheating. 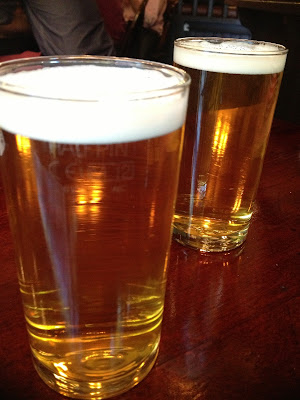 Apparently the drink has played a big part in British life for a long, long time as I found out recently on the History of Drinking and Pubs Tour by Insider London Tours. It's a bit like a pub crawl, but an educational one. 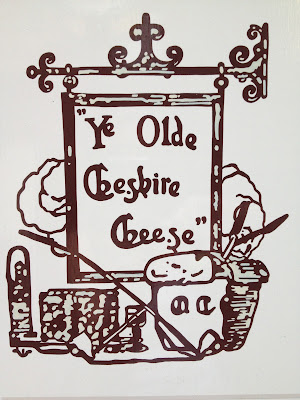 This tour takes you along four pubs around the Blackfriars/ Fleet Street area which are each and everyone a representative of a particular era. Our first stop of the tour was at Ye Olde Cheshire Cheese pub in a small alley off Fleet Street. This ale house dates back to the 1600s when the drink of the people was, you guessed it, ale. With its wooden interior, dark nooks and crannies and sawdust covered floors, you can just about picture rowdy medieval punters toasting their pewter mugs of ale. Michelle, our guide, tells us while we enjoy our own (half) pint of ale that back then spiked drinks was a thing to watch out for, albeit it back then it was men who had to watch their drink as women were not allowed in ale houses. 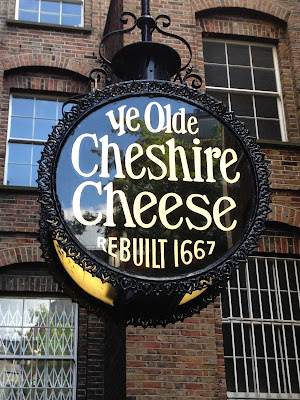 Our second stop is a wine bar called the Old Bell Tavern, which was built by Sir Christopher Wren in 1672. When he was constructing the St. Bride's Church in the alley behind the pub, he came up with the brilliant idea to offer his workers accommodation and entertainment at his own wine bar, putting the salaries he'd just put in his workers' pockets, back into his own. Wine was the popular drink back then although Michelle tells us that most likely it wasn't exactly grape based. More often than not, wine was diluted with olive oil, arsenic and something else that I can't seem to remember. 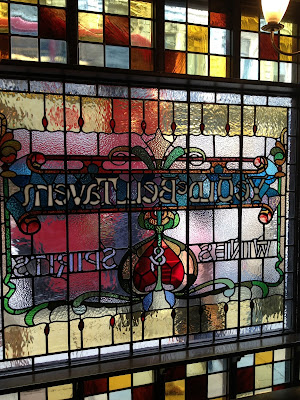 We move on to the Crown and Sugar Loaf just around the corner. This sparkly gin palace dates back to the late 1800s. After things had gone a bit out of control, the government had decided to tax the most popular drink of that time, which was gin. A few decades later, in order to get people back into the drinking establishments again, gin palaces started popping up. They were also an attempt to lure more women into these palaces, hence the bright, sparkly decor and pretty mosaic floors. Michelle told us a few more things that I can't exactly recall. Must have been that G&T. 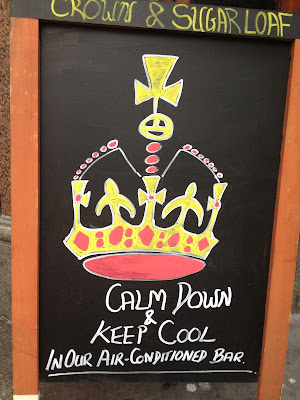 Our final stop is the Blackfriars pub dating back to 1875. This pub with its Art Nouveau style was built in 1905 on the site of a former Dominican friary. There are reliefs, sculptures and pictures strewn around this pub depicting friars having a good time that remind you of this. I really wish I could tell you more about this pub, but my memory of that last bit of the tour seems a bit foggy. We did have an amazing time and if you want to find out for yourself how it ends, do book yourself a spot on the History of Drinking and Pubs tour. http://www.insider-london.co.uk/ 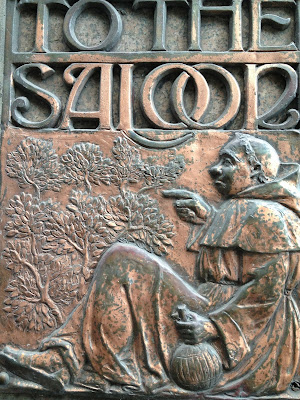 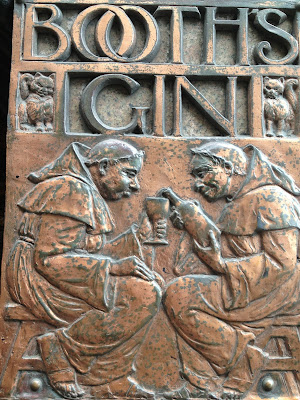