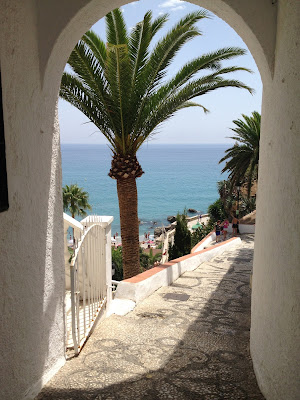 On the winding, coastal road between Malaga and Almunecar, lies Nerja, a small, originally Moorish town with narrow streets and white houses. It's a bit of a tourist hub, but worth a wander around if only for the mesmerising and far-stretching views from its promenade, also known as the Europe's Balcony. 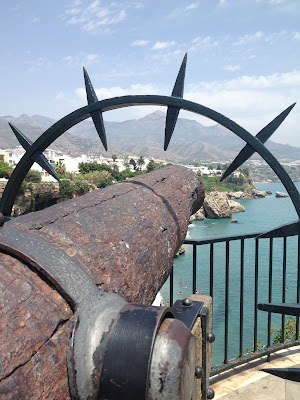 Europe's Balcony was built where once stood a Moorish castle, perched on top of steep cliffs that tower over secluded inlets and intimate beaches. How lucky were the Moorish kings and queens to wake up to views like these every day. Now the atmosphere in the former castle court is a tad bit less regal, but lively nonetheless. In summer the promenade lined with restaurants, ice cream parlour and outdoor cafes attract many visitors from all over the world. 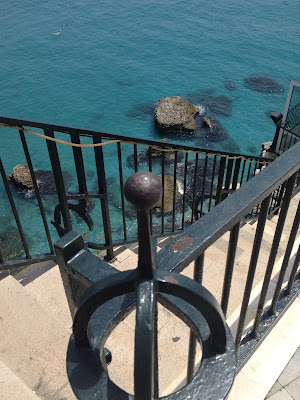 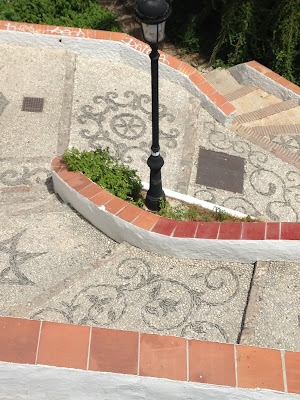 Tucked away in the back of the adjacent square you find the Iglesia El Salvador, a white washed church with an impressive clock tower. Inside the effigies that villagers carry around town during Semana Santa, or Holy Week, are on display. 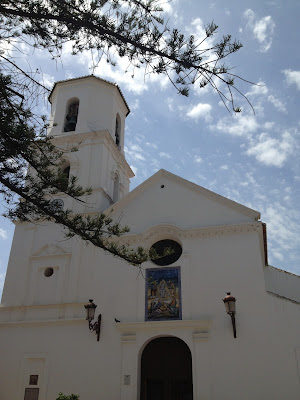 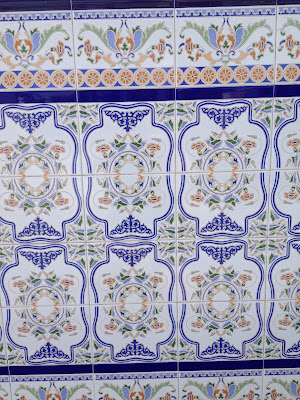 On the other side there are some intimate restaurants that serve decent local fare you can enjoy on their balconies overlooking the beach below. Anahi is usually the place we go for, but next door Portofino's views are just as stunning. 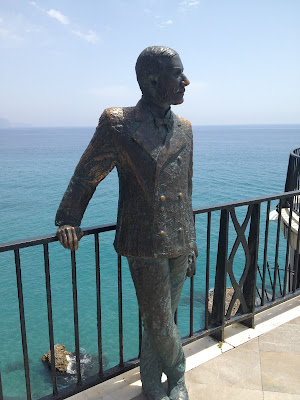 Nerja's other main tourist attraction are the caves that weren't discovered till the late 50s. In summer concerts are held in one of the underground auditoriums here.

Do be aware that Nerja is a very popular British holiday destination and sometimes it sounds like you're in Southampton instead of Spain, albeit with much better views. 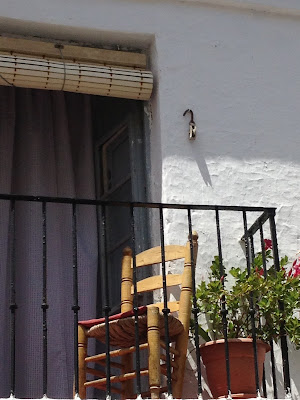