A Walk Through Dordrecht 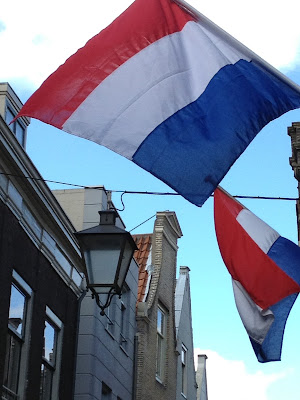 When in Holland I just love being a tourist in my own country, so last weekend I hopped on the train from Breda to check out the nearby city of Dordrecht. This city is probably not on many Holland itineraries, but if you happen to be nearby, it's worth checking out. 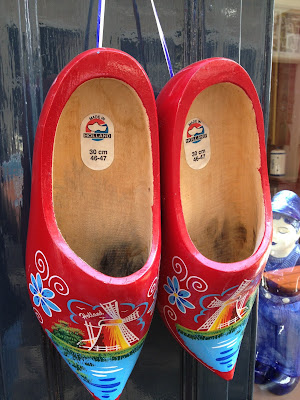 Dordrecht is the oldest city of Holland with a lot of historic sights to see. So with a little booklet that I bought at the tourism office near the station under my arm, I set out to discover Dordt, as we Dutch like to call it. The walk is called Rondje Dordt, and takes you through the historic centre of town. I won't bore you with all the details, but here are my highlights. 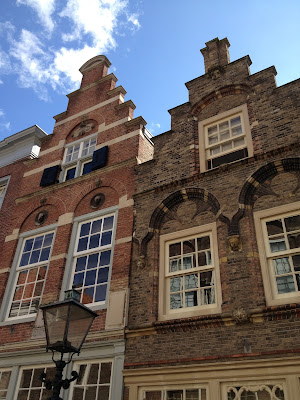 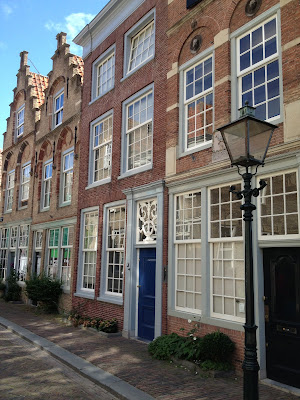 There are several hofjes or courtyards on this walk and I love walking around them. These hofjes were built by rich families predominantly in the 17th and 18th century as homes for the poor or retired. Charity was hot back in those days as it was a good way to show society that a family had enough money to help the poor. These hofjes are accessible through a gate which leads onto a grassy field with the residences built around it. Lenghenhof is a good example as it has a large central garden and visitors can also take a look in the regentenkamer, which was the office of the regents or the people who ran the complex and houses an incredible impressive painted ceiling. The Van Slingelandthofje built in 1519 is the oldest in Dordrecht which is also featured on this walk. 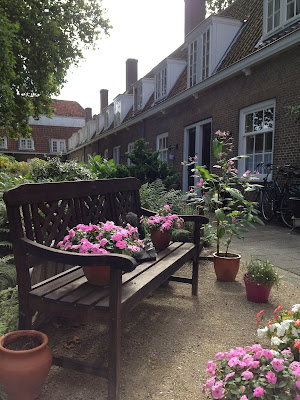 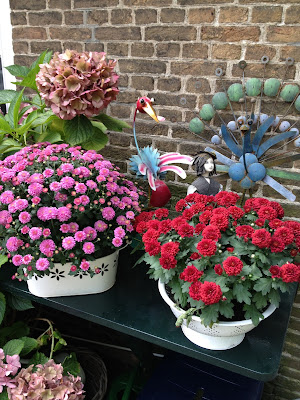 Dordrecht is hidden between a couple of very important Dutch rivers and the best viewpoint is where three of them come together. Groothoofd is a quay lined with outdoor cafes and restaurants and the best spot in summer to have a cup of coffee and watch the boats go by. You enter the quay through an impressive gate that dates back to medieval times with an impressive depiction of the Virgin Mary. 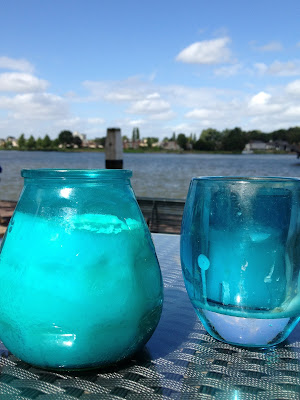 A bit further along you find the Wolwevershaven, a harbour that is lined by impressive former warehouses which would make Amsterdam jealous. They are a reminder of the medieval glory days of Dordrecht when it was an important trade centre of wine, wood and wheat. 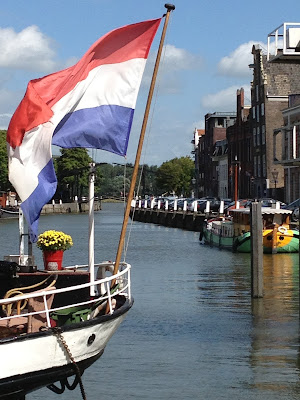 Maybe those glory days are long gone, but Dordrecht is still a glorious little town. Check it out.