A Windmill in Leiden 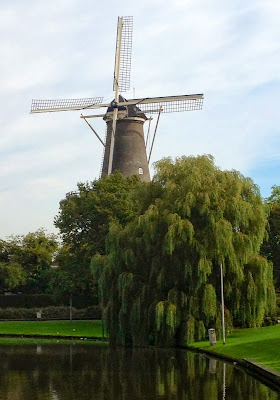 When you think of Holland you think of windmills. Growing up in the Netherlands you kind of take them for granted like cows in a field or clouds in the sky. They're just there and you don't take notice of them. But yesterday when I happened to pass one, I did notice it and decided to take a look inside. 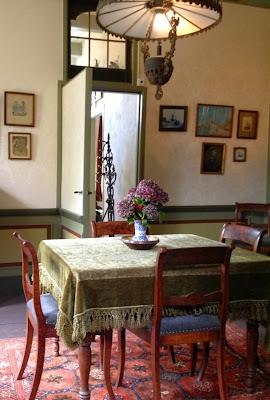 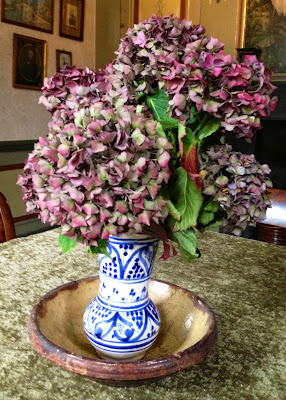 This particular windmill called De Valk, or the Falcon, is situated in the city of Leiden, right in the city centre. It's a mill that was built in 1743 and was used to grind grain to produce flour. It's a tower mill which measures no less than 29 metres tall, high enough to catch the wind blowing over the roofs of Leiden. The Falcon was in use till well into the last century, but was turned into a museum towards the end of it. 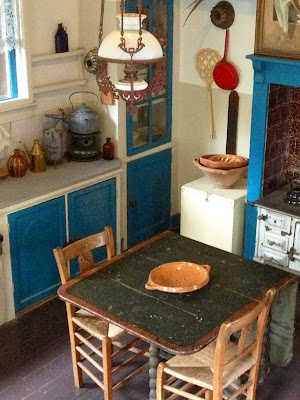 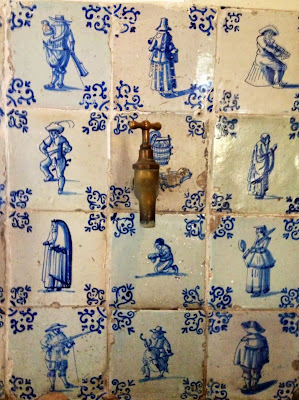 The tour takes you through a living room, a drawing room and a kitchen, all kitted out with orignal period furniture. On the next six floors up there are a multitude of displays, depictions and artefacts that explain the history of milling, the different types of mills and the workings of the mills. Who knew that we Dutch didn't come up with the concept of windmills at all; the Romans apparently did.  Another thing I didn't know was that a miller didn't get paid in money for his hard labour of grinding wheat. He got paid in flour which he then sold on to local bakers for cash. 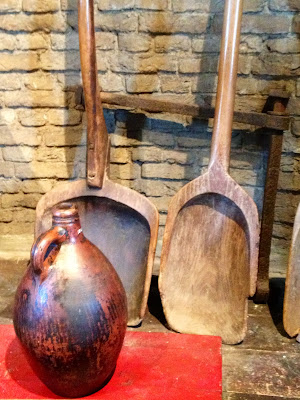 This museum is not one to go to if you suffer from vertigo. The different floors or lofts are all connected by stairs that seem to get steeper and steeper the higher you get. There are even signs telling you to descend backwards to avoid breaking body parts. The grinding loft was the main floor of the mill. This is where the miller spent most of his time, overseeing the quality of the flour seeping through the chutes above, and checking the weather on the gallery outside making sure the sails were catching enough wind. You can walk out onto the gallery where you can enjoy 360 views stretching across the city of Leiden. 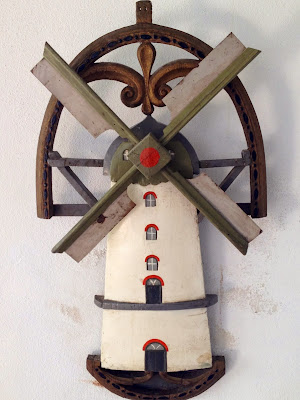 Brimming with windmill knowledge I continued my visit of Leiden, knowing that I would never take my national icons for granted again.