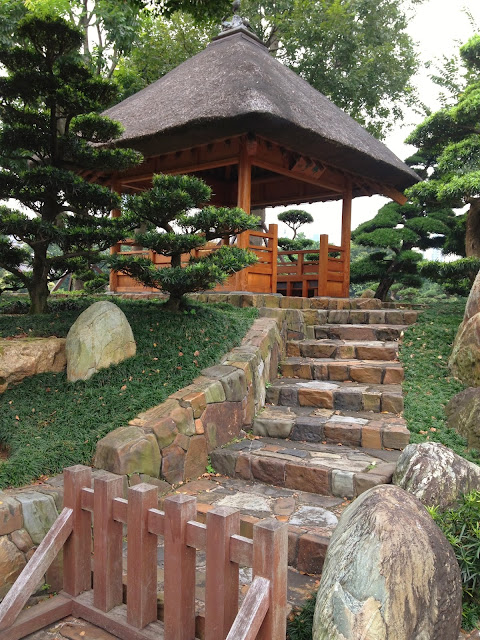 I do love a good cuppa, but even though I live in a nation of tea lovers, we just don't put as much love in brewing our tea as they do in the far east. When I opted to have tea in the Nan Lian Garden tea house in Hong Kong, I learned that the Chinese take their tea drinking very serious. 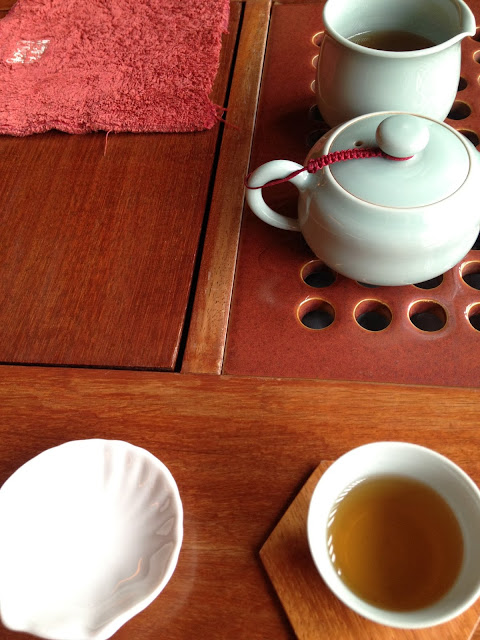 I was greeted by a young woman who ushered me towards the shoe cabinet with an abrupt: Shoes off! After swapping my pink flipflops for the tea house bath slippers, I was shown to my table. It was a lovely secluded table overlooking the pond. The waitress handed me a menu with lots of tea flavours I had never ever heard of and told me to press the bell when I'd made my choice. I chose one that sounded very exotic, but unfortunately also very hard to remember. 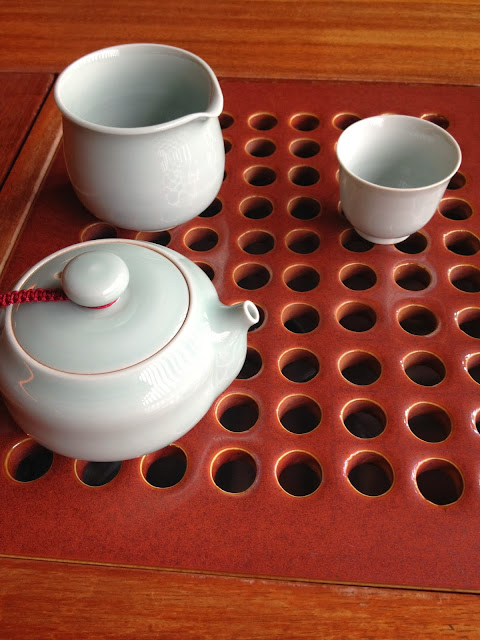 The waitress returned with my order and placed, with a lot of precision, a tea cup, a teapot, a tea pourer and a saucer with tea leafs on the table. She then opened a small panel in the table and out came a kettle. She showed me how to boil the tea, how to warm the tea pot, the tea pourer and the tea cup with boiling hot water and finally how to brew and how to pour the tea. Nothing of that dunking a tea bag in a cup a couple of times and winding it around a tea spoon. This was serious tea making. I did enjoy that tea. How could someone not enjoy it after all the effort put into making it? However the cup of builder's tea I hurriedly made myself this morning tasted pretty damn nice as well. 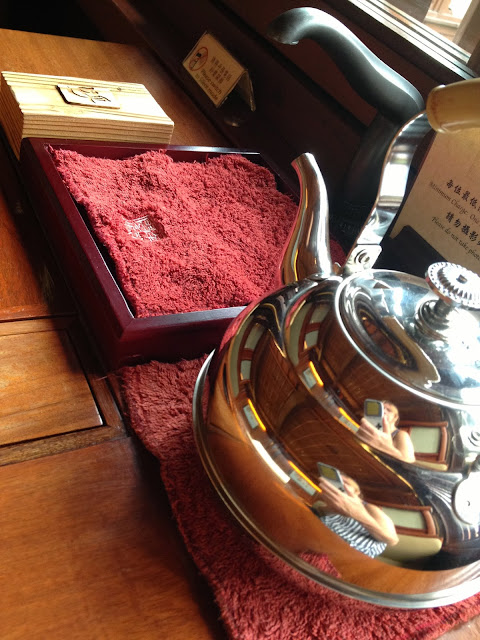