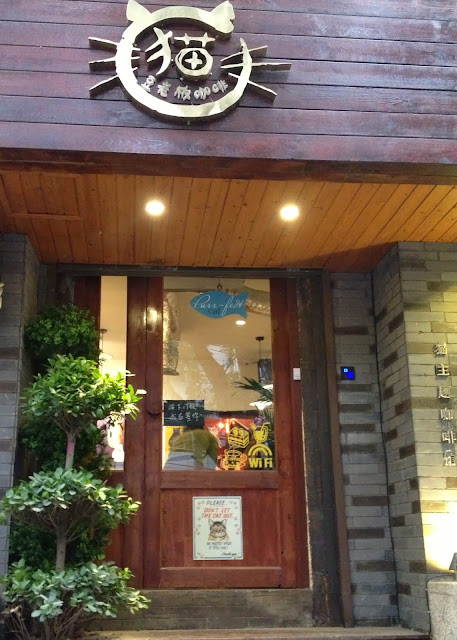 A while back I blogged about the Cat Cafe Nikko in Vienna, which unfortunately still remains on my list of places to visit. But when I was wandering around the streets in Xi'an on my China holiday, I happened on a cafe that probably is very similar to Neko. Don't ask me what it was called, because I couldn't read the logo which was written in Chinese. 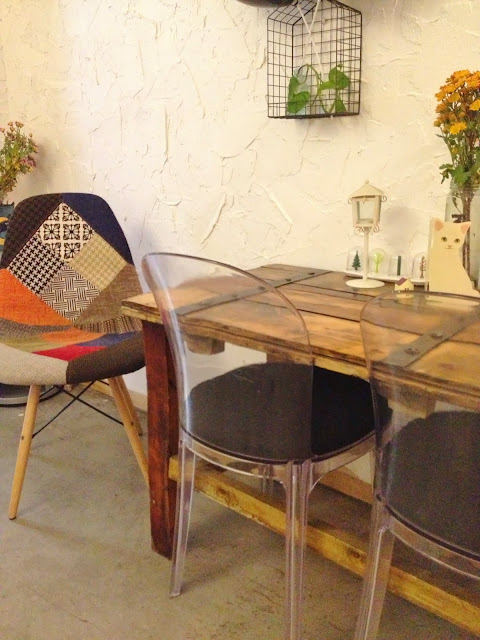 I had to ring the bell to be let inside. There was a sign in English that said:' Don't let the cats out.' So I assumed the bell ringing was a way for the staff to make sure the cats don't take a leap into the big wide world. 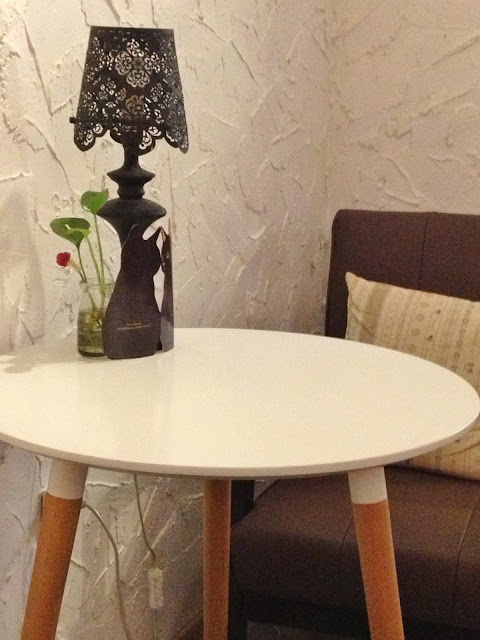 Everything and I mean everything was cat themed here. The drawings on the wall, the table decorations, the menus. There was a little sleep corner with comfy looking cat beds. In another corner I noticed a large scratching pole. A large room behind glass was clearly cats only; It looked like that was where they sleep, play, eat and do their business. The counter was stacked with cat snacks, treats and toys which clients could buy. Next to it was a box with lint roller, which surely came in handy after my visit to the cat cafe. 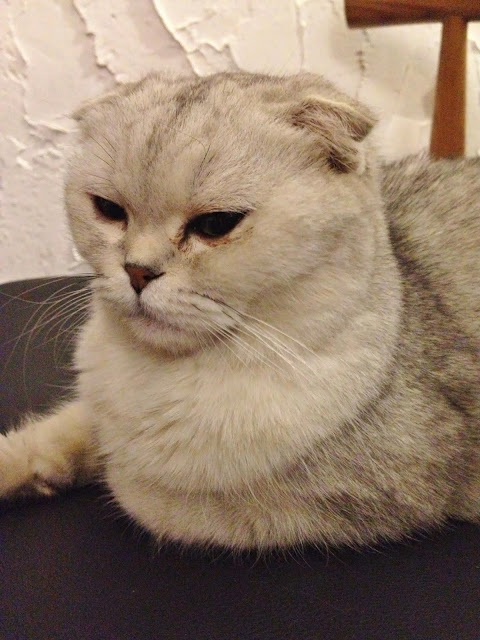 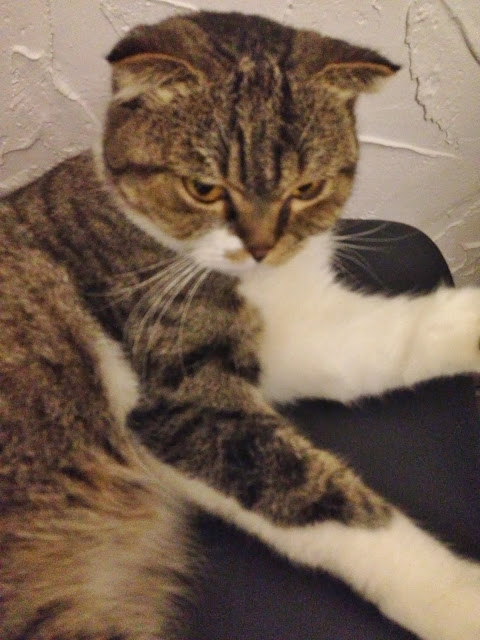 After I picked something I hoped was a tea from the Chinese menu, my table was taken over by the feline residents. One sat on my lap, another on the chair next to me and a cheeky third decided to sprawl out in front of me on the table. 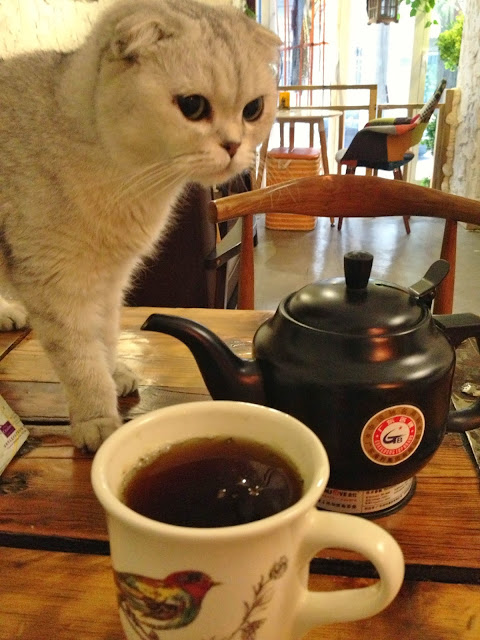 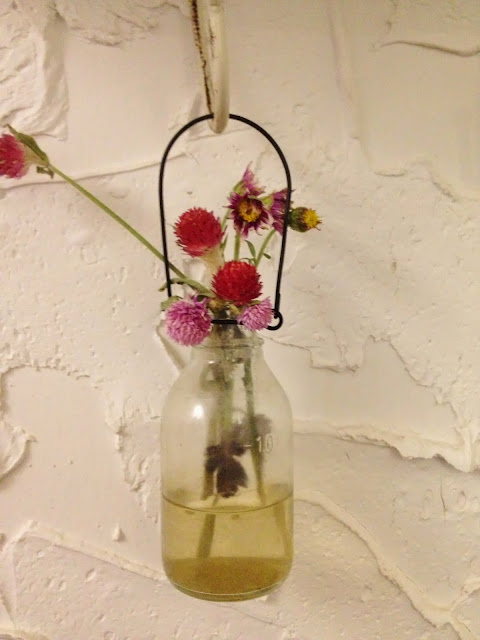 From a cat's point of view, life in a cat cafe probably comes very close to heaven on earth. What can be better than having people at your disposal that cuddle, feed and play with you all day long even if they are strangers? From a human's point of view it's pretty heavenly as well. You can cuddle, sneak little bits of food under the table and play with them, but you can leave the cleaning up their mess up to the owners of the cafe. Both parties win. 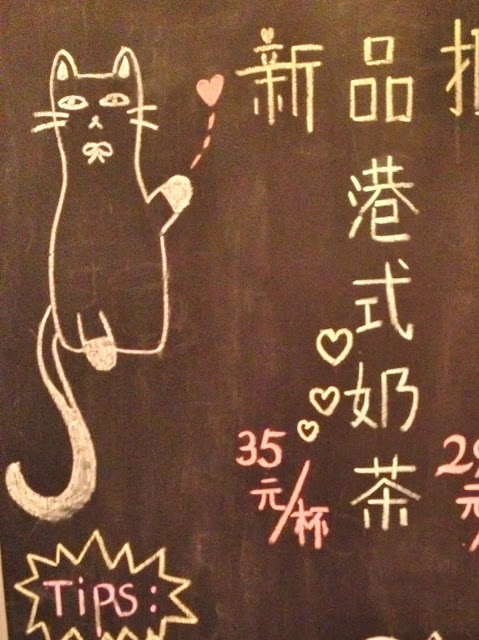