Cycling on the Xi'an Wall 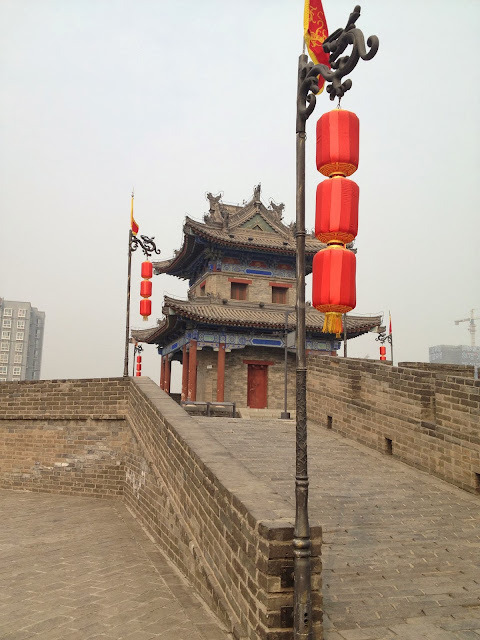 If there's one country famous for its bikes besides Holland, it must be China. So when I was there on my China holiday, I of course had to hire one. I did so in Xi'an. Not to ride around town, because that would be utter suicide. I rented one to go cycling on the Xi'an city wall. 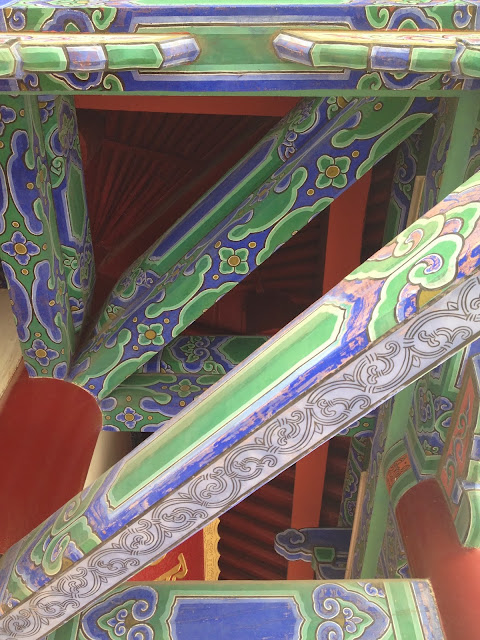 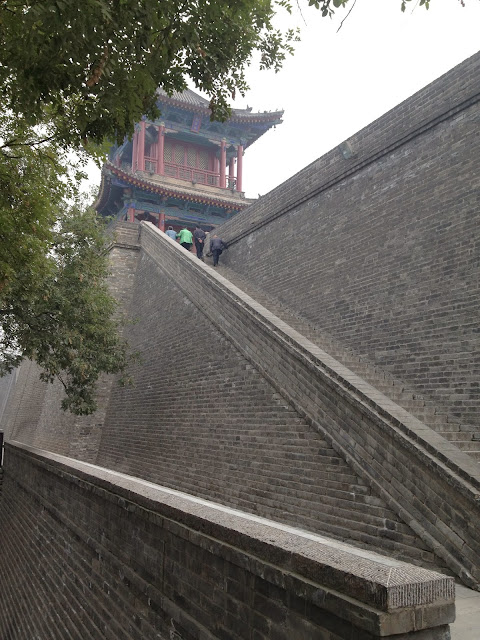 The city wall in Xi'an dates back to the Tang Dynasty to protect the city against invaders. It was completely restored in the 80s and you can ride or walk full circle on the entire wall. It measures 14 km long, 12 metres in height, and 15-18 metres in thickness. There is a wide moat and a lovely circular park right next to it. There are watch towers every 120 where soldiers could hide from and shoot at the enemy. There are also four gates that each have three towers, which still give access to historic Xi'an. The South Gate is apparently the prettiest, but it was under renovation when I was there. 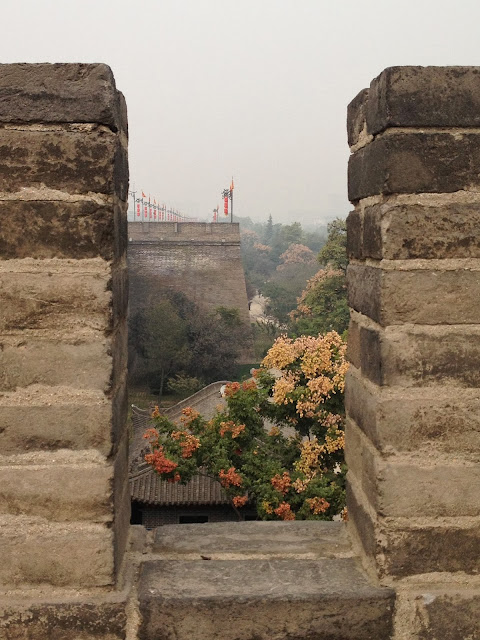 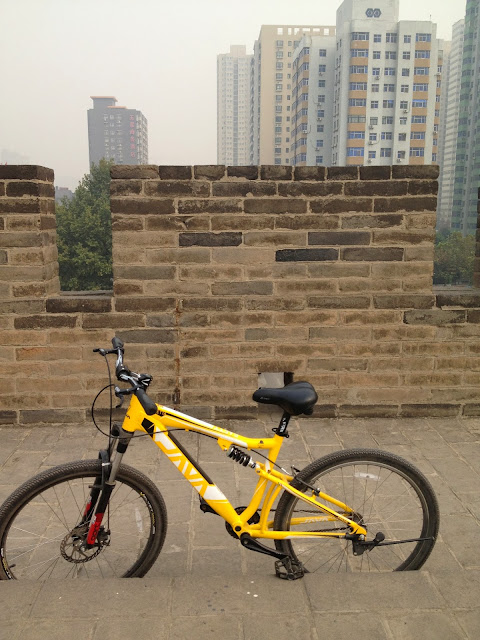 The bike rentals were located near the South Gate and you can choose from single bikes or tandems. You can keep the bikes for 100 minutes, which is plenty of time to ride the full stretch. From the wall I had a good view of the city, albeit a smoggy one. I rode along skyscrapers on the one side and traditional Chinese shop fronts on the other. I passed a Buddhist temple in the northwest corner and the lush Huancheng Park just next to it. From the West gate I got a good glimpse of the Drum and the Bell Tower located smack in the centre of the city. One interesting thing was the modest exhibition in one of the watchtowers on the history of the bike. (Did you know the first one was made out of wood?) 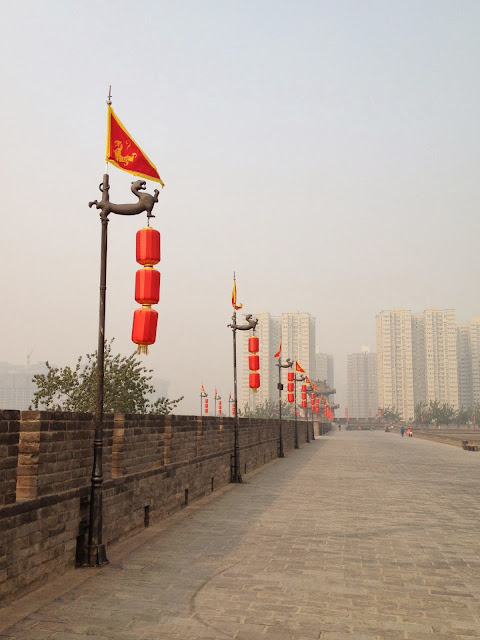 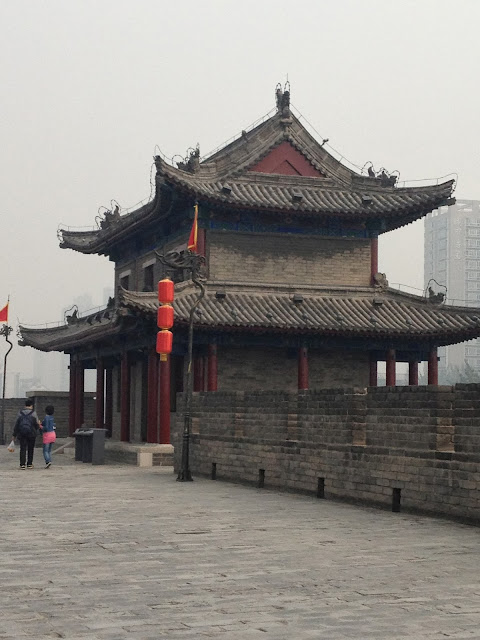 After about an hour and a quarter I ended up back to where I started and returned the bike, Ready for a hearty lunch. Because not only is biking a good way to explore new cities, it's also good way to work up an appetite.