When I travel I love trying out the local cuisine. So during my stopover in Switzerland I indulged in lots of chocolates, cheese of course, but also in some Swiss soup at this lovely place called La Zoupa in Zurich. 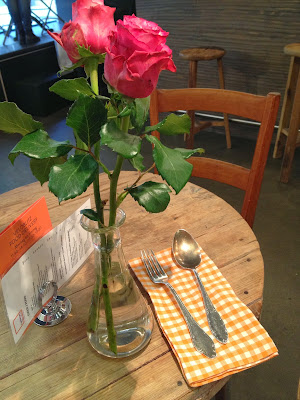 As I wandered around the little 'gassen' or streets in Zurich, I stumbled upon this place called La Zoupa, a homey lunch cafe that specialises in soups and hotpots. From their website I learned that they started out as a catering company that delivers frozen foods and apparently that venture was so successful, they opened up two delis in Zurich. 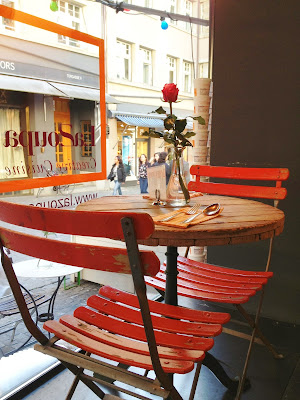 The one I went to was on Torgasse in the centre of town. There is outdoor seating which is an excellent spot to people watch, even if the temperature drops a few degrees you can cosy up under warm, woolly blankets. Inside the atmosphere and decor was welcoming too due to the warm red and orange colour scheme, the wood furniture and the fragrant flowers on the tables. 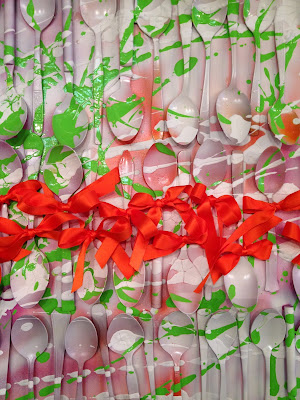 Their menu featured soups from various countries around the world, but also exotic salads and hearty stews. From the list of soups I opted for the local and very Swiss Bunder Gerstensuppe, which is a filling barley soup with leeks, carrots and bacon accompanied with some fresh wholemeal bread. The soup was so filling in fact that I could only finish half a bowl. 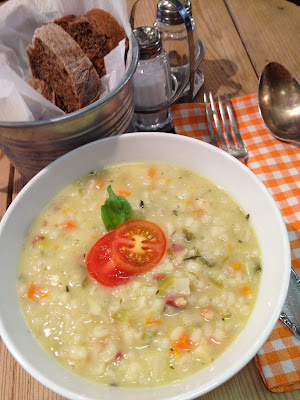 I would have loved to have stayed longer at La Zoupa to sample more of their menu, but I had only one day in Zurich and places to go and sights to see. Next time I'm stopping over in Zurich, I will be back for more.