When I was in Hong Kong a few weeks ago, I decided to leave the craziness behind and hopped on a bus to the other side of Hong Kong Island. If Kowloon and Hong Kong Island is all you've ever seen of this bustling metropolis, then Stanley is a bit of an unexpected surprise. As it was for me. 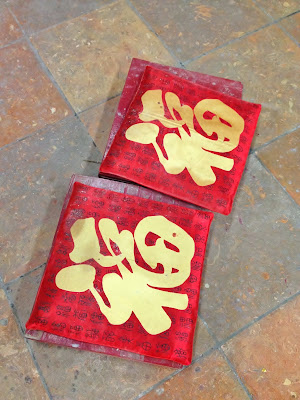 The ride there was already quite spectacular. Soon after entering the Hong Kongese burbs, the road to Stanley meanders through lush scenery treating you to lovely views of the beaches and bays that line the coast. The ride only takes about 20 minutes and the bus stop is right across the street from Stanley Market. 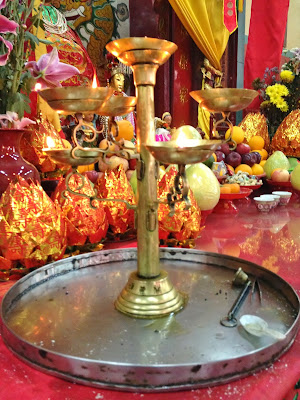 The market has a lot of tacky and a few not so tacky shops. It's a shoppers Valhalla and good place to stock up on souvenirs, if that's your sort of thing. I'm not a big shopper and a bit of a miser when it comes to souvenirs, so I walked on to the beachfront promenade dotted with restaurants ranging from local to western. 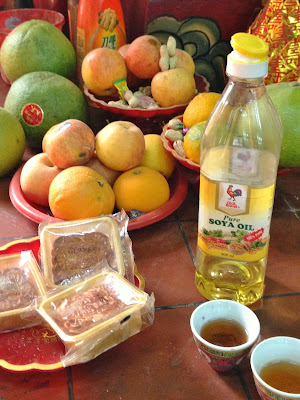 I walked on along the boulevard and there next to Starbucks I noticed a temple, called Tin Hau and decided to pop in. The facade looked a bit plain and I later learned that it is not the original facade. I also learned that it is the oldest temple in Hong Kong and it was and still is dedicated to the Goddess of the Sea. But the inside is everything but plain. Inside it was like god worshipping on steroids. 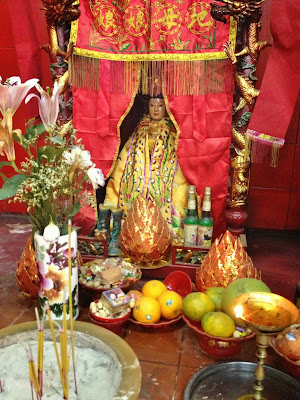 It's small, but there were statues of gods lined up, side to side on a bench along the outer wall. A statue of Tin Hau herself was set in the middle. The deities were surrounded by colourful offerings ranging from soya oil, cups of tea and candles to apples, tangerines and pomelos. It was an explosion of hues that didn't leave an inch uncovered, but it made for a pleasing sight to see. 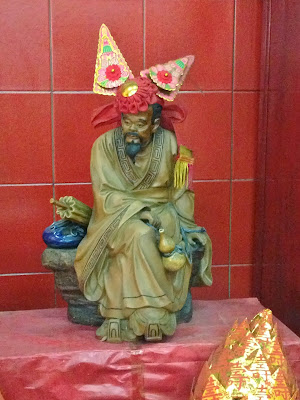 Another remarkable item on display that caught my eye was a tiger skin hanging on the wall. Apparently this particular tiger skin belonged to a tiger that appeared in Stanley in the 1940s and it supposedly wards off evil spirits. 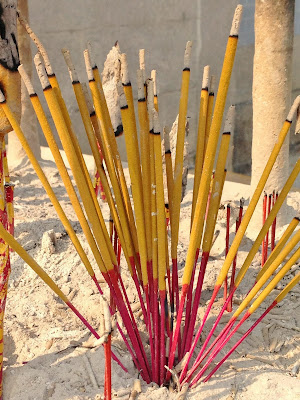 It's probably the most quirky temple I'd ever visited and certainly more interesting than the tacky shops on Stanley Market.