The Dutch love their coffee as much as the Brits love their tea. In fact Holland sits at the top of the list when it comes to coffee loving nations. Even though most of the cups of coffee are consumed in the comfort of Dutch homes, there are plenty of cafes to be found in cities and towns. 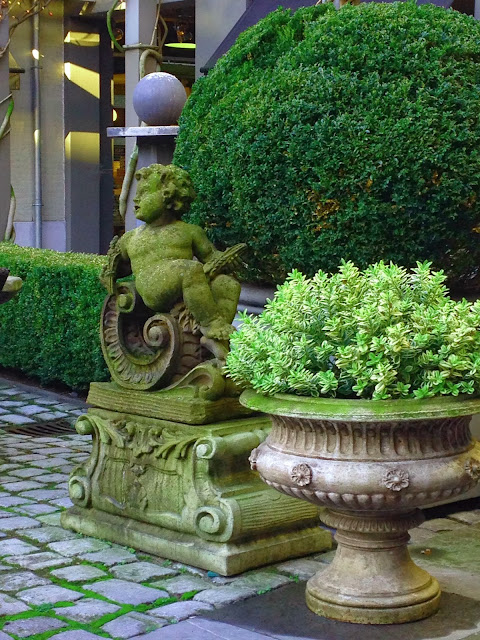 Last weekend, when I was in my home town Breda, I went to one called Koffie en Zo, which could be translated to Coffee etc. It's located in a cosy courtyard tucked away in the busy city centre of Breda. Even though I grew up here, it was the first time I discovered this secluded spot lined with quirky clothing and antique shops. Koffie en Zo looks out onto this courtyard where in the summer time tables and comfy couches are laid out for their guests. 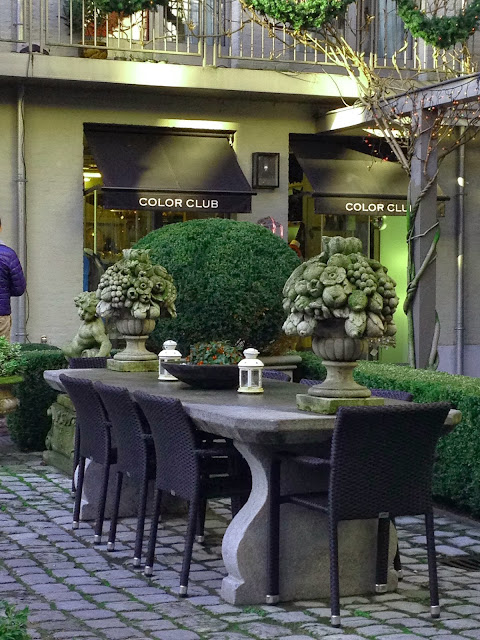 But as the name suggests, there is more to Koffie en Zo than just a regular cup of coffee. Besides the usual suspects such as espresso, cappuccino and latte, you can opt for beverages with intriguing names such as Satan's Coffee and Big Chocolate Toddy. They also do breakfast, lunch and afternoon tea and there are loads of freshly baked pastries to choose from as well. 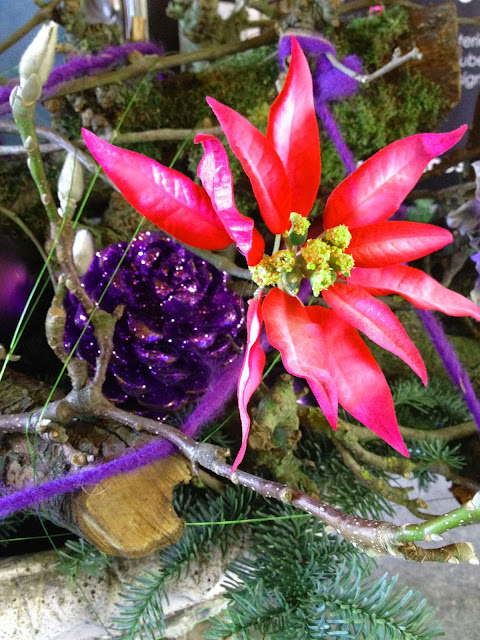 However I was after their St Nicolas Coffee which I had read about on a blog and I was dying to try it out. As it was just after Christmas, I could only find a table outside which was a bit cold, but the St Nicolas Coffee soon made me forget the chill. It is a blend of coffee and chocolate milk laced with speculatius spices (a blend of cinnamon, nutmeg, ginger, cardamom, cloves) and topped with a generous dollop of whipped cream. Since Dutch people never have a coffee without a biscuit, it comes with a large chunk of speculatius cake filled with almond paste. It is like having Christmas in a glass. 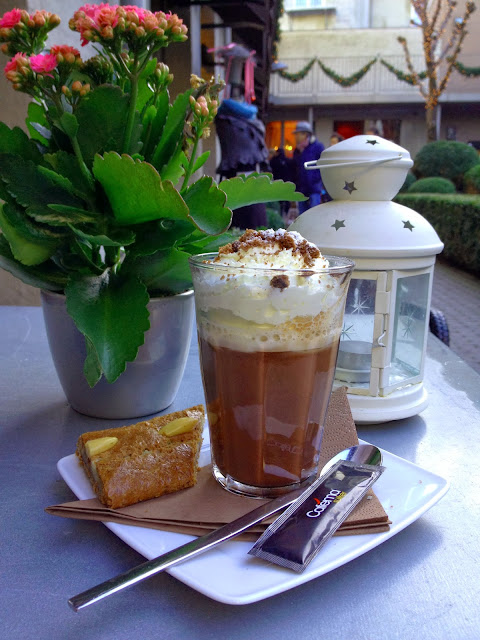 Unfortunately this festively tasting beverage is a seasonal one and won't be served at Koffie en Zo for that much longer. But next time I am in town, I think I will try that Satan's Coffee.