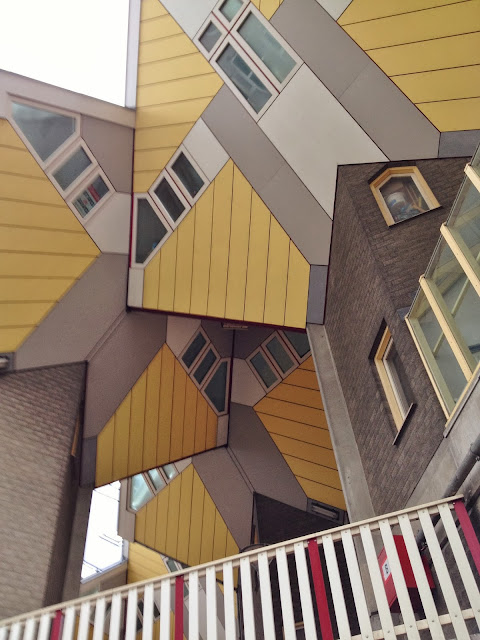 Rotterdam, Holland's largest city is known for its modern architecture as most of its historic buildings were destroyed during WWII. The period after this and lasting till now saw a lot of reconstruction projects which resulted in a modern urban landscape and a skyline that can rival any major metropolis. One of these projects were the Cube Flats, a cluster of bright yellow and tilted square boxes in the Southern part of the city. 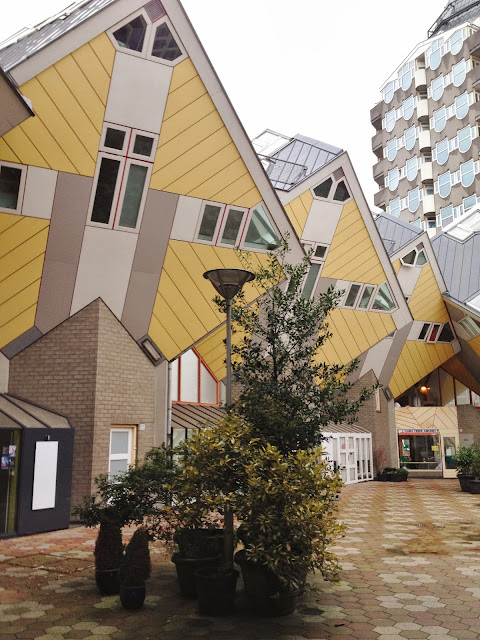 These Cube Houses were built in the 80s by an architect called Piet Blom who wanted to create an urban forest which would form an oasis within the hectic city where people could live, work and do all the things they do in their free time.  The cluster of 39 yellow cubes do look a bit like a brick woodland. The square boxes are tilted and balancing on one of their corners they are resting on a brick base, making the structures look like trees. As they are set around a small square the cluster of the flats together create the illusion of a forest. 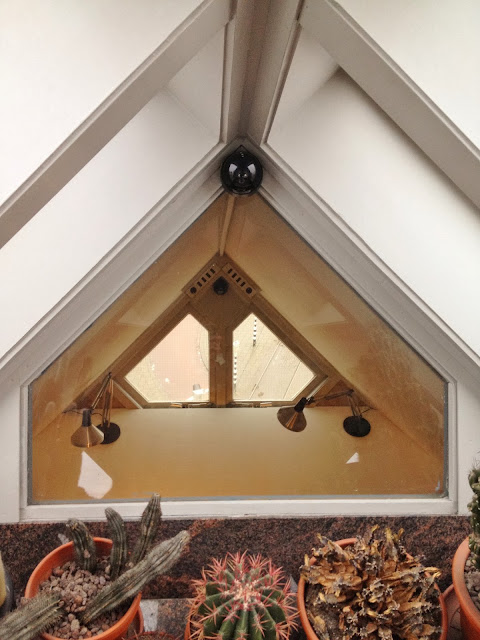 It does tickle ones curiosity as to how in the world you would furnish and decorate a flat that doesn't have a single straight wall. At least it did for more than a few passers-by after they were just built. Apparently one of the cubes was opened as museum in the late 80s after the cube residents got so fed up with people ringing their doorbell, asking whether they could have a look inside their homes. 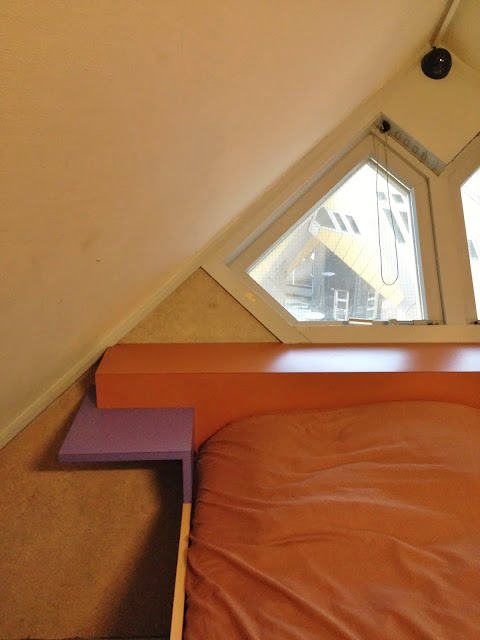 It did also tickle my curiosity so today I went to have a peek in the museum. I always wondered how weird it would be to live in a square, tilted flat, but standing in the middle of the living area it didn't look as awkward as I'd thought. 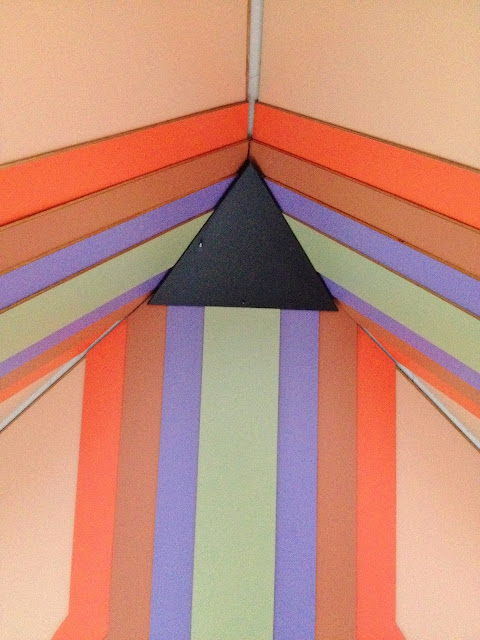 When living in one of these flats there is no need to make a trip to the local IKEA as furniture in every room needs to be creatively adapted to fit the crooked walls. The bed, couches and kitchen cabinets in the museum are placed in a way that no space is wasted. Fitted storage boxes ensure that every corner is used. The fact that the flats are tilted does create some unusual views from the windows in each room looking either down on the street below or the sky above. The highlight is the attic which gives you a 360 view of the surrounding area and the other Cube Houses. 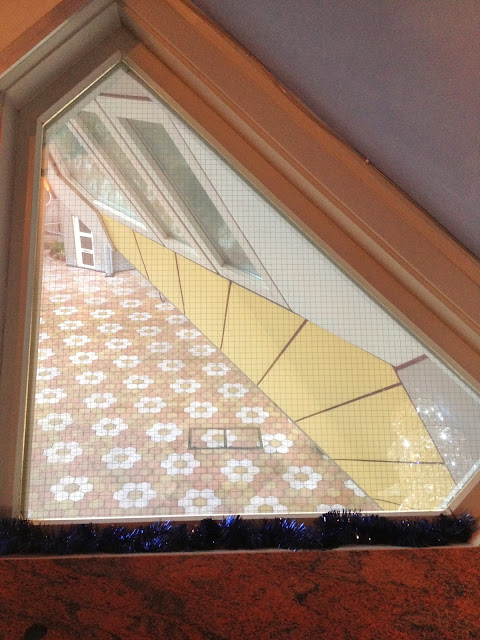 Piet Blom did create some remarkable flats that actually turn out to be more livable than I thought. However I'm not sure if I would as far as to call them oases as I did bump my head into one of those crooked walls a good few times.