A Visit to Hadrian's Wall 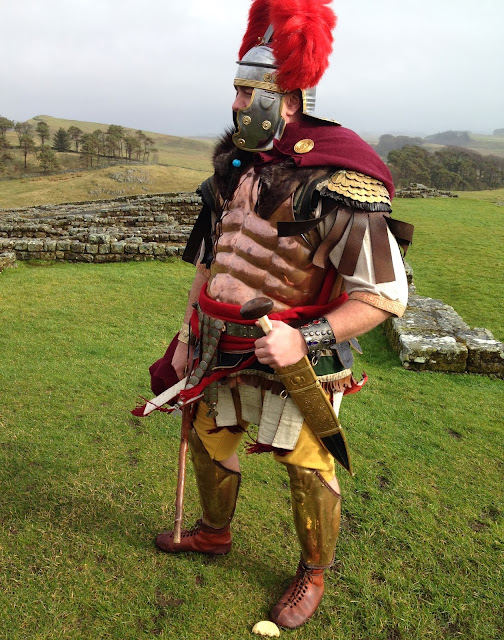 After ten years in the UK I still have a long 'to-do' list, but last weekend I was able to tick one thing off as I went on a bloggers trip to Hadrian's Wall. As part of a blogger's conference organised by Traverse, me and 18 other bloggers were invited by Newcastle/Gateshead Tourism and English Heritage to go and visit this piece of Roman history in Britain. 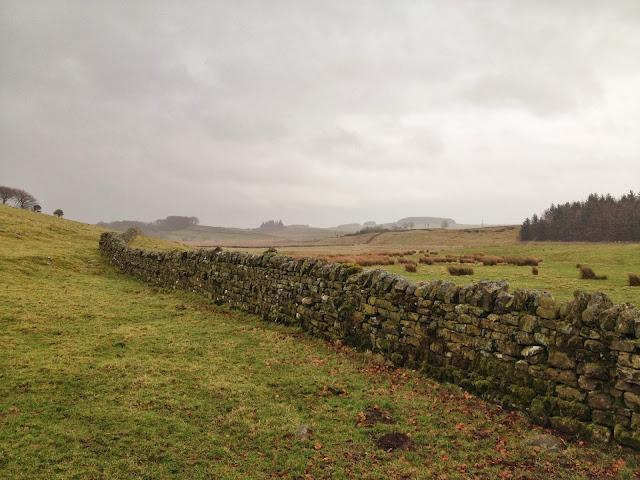 Our day started with a short, but very scenic drive from Newcastle to Housesteads Roman Fort through the Northumberland countryside with bits of Hadrian's Wall popping in and out of view. After about 45 minutes we piled out of the mini van and into the rain in order to walk up the hill to Housesteads Roman Fort where we were greeted in Latin by Joe the Roman soldier. Luckily he was fluent in English as well and he went on to fill us in about daily live in the fort back in the day. He told us what it was like for the 800 Roman soldiers to fight the Barbarians in this part of the country, he explained to us what their armour consisted of and also what did they for fun when they were off-duty. 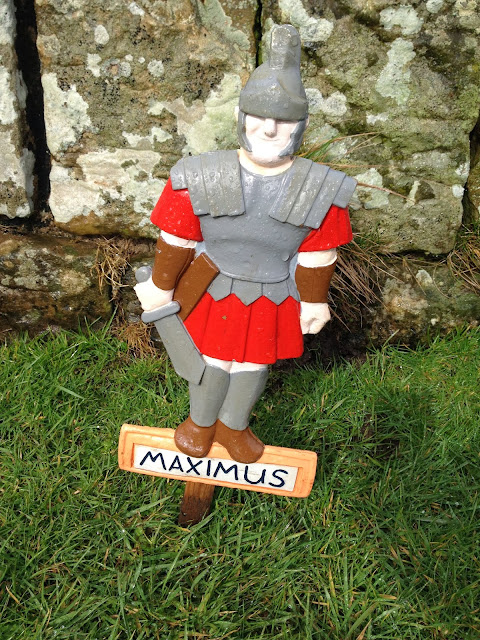 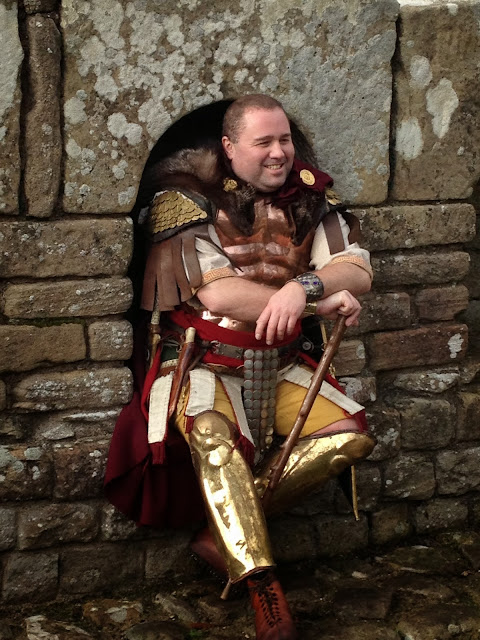 After we'd warmed up with some hot tea and chocolate biscuits, Joe and our guides showed us around the ruins of the fort and explained to us what the different buildings were used for, where the soldiers' baracks were and the centurion's offices and also showed us the remains of a Roman loo. We learned that going to the loo was a highly social event here as the Romans did their business sitting next to each other in a big open space room. 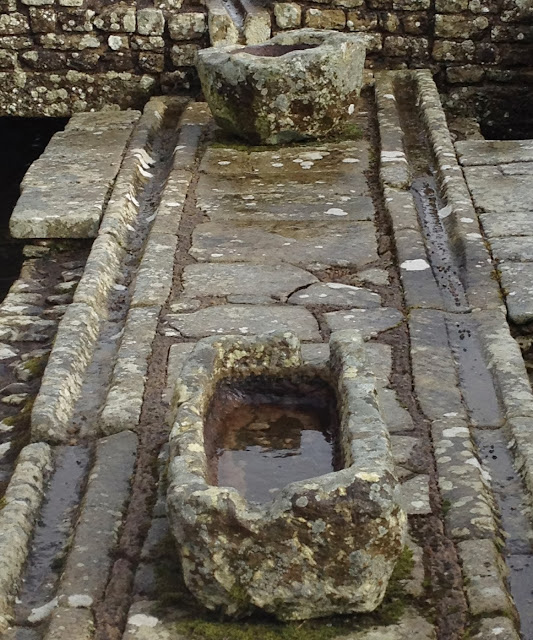 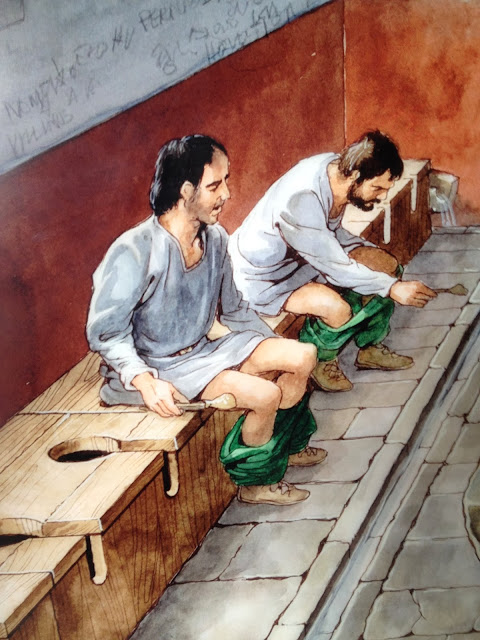 We drove on to Chesters Roman Fort where we snooped around the Victorian museum which holds an abundance of Roman artifacts such as pillars, altars and shields. There was also a room with a real Roman shoe, Roman money and a couple of penis shaped charms on display. Now, don't think this means that the Romans were a bunch of kinky buggers, but they wore these phallus charms around their neck and on their belts as a symbol of good luck. 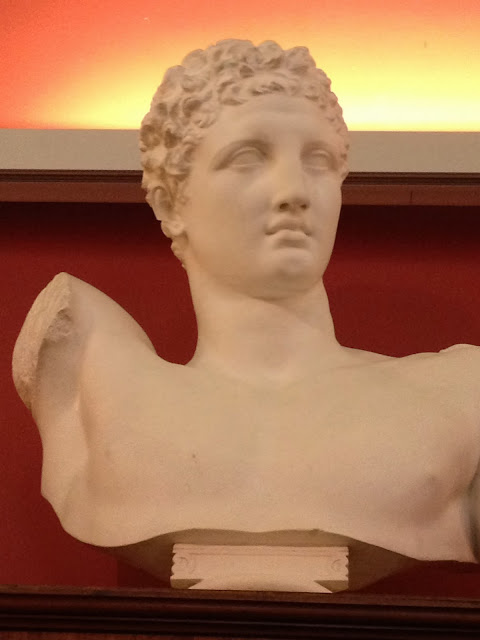 The actual ruins of the fort were located along the North Tyne River and beside stunning views, hold some of the best preserved remains of Roman baths. Here at Chesters they had saunas and steam rooms which through some clever Roman engineering even had heated floors and walls which even in this day and age, I don't have in my bath room. 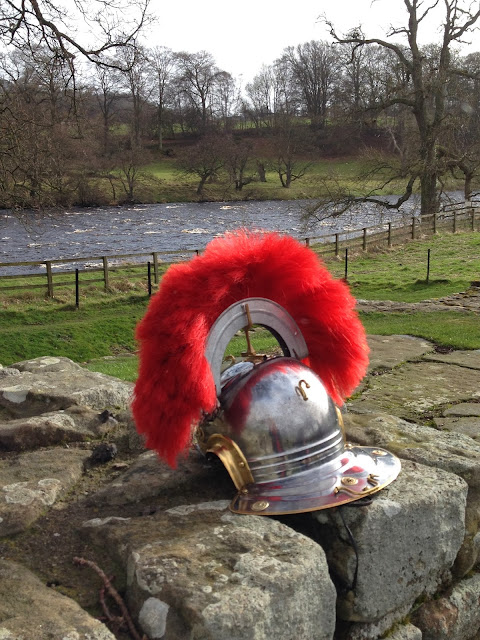 Our last stop was at Vallum Farm where we had a tasty two-course Sunday lunch after which the Newcastle/Gateshead Tourism and English Heritage crew drove us back to Newcastle. Back in modern day reality we said our goodbyes and caught or trains/ planes back home packed with a bit more knowledge of British Roman history and a slightly shorter 'to-do list'. 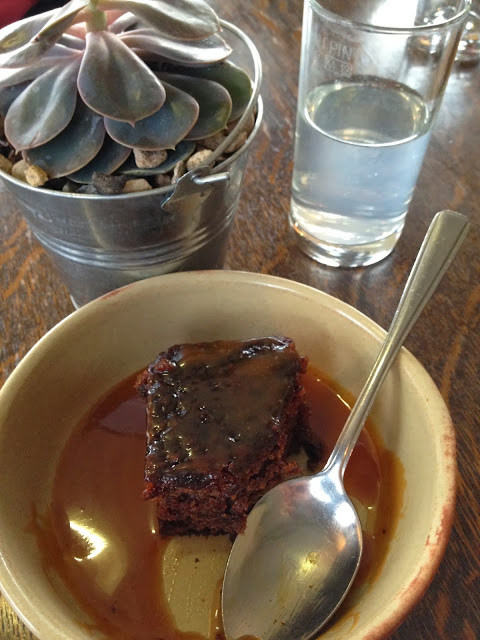