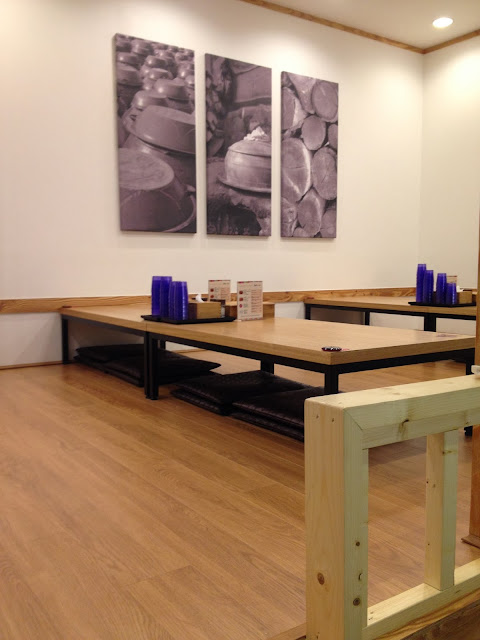 I love travelling solo, but the one single thing I hate about it, is eating solo. So on my trip to Seoul last week I booked myself on a food tour with O'ngo Food Tours. What better way to share a meal and discover a new cuisine. 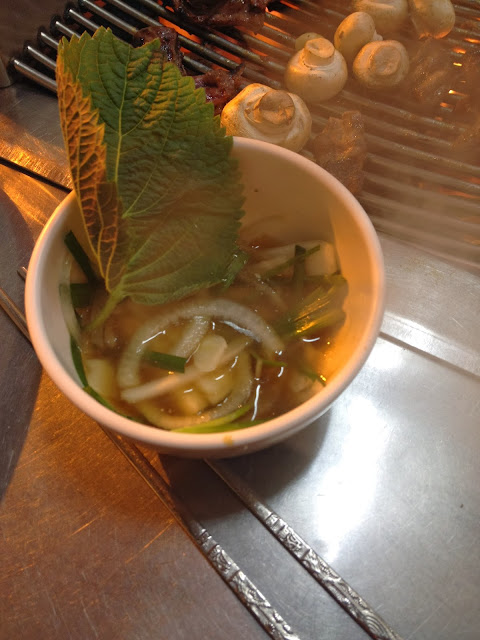 I happened to be the only one on the tour as the other two people didn't show up, so I had a private VIP tour. Our first stop was a tent in Skirt Alley which owes its name to the many Korean BBQ joints that are located in this narrow street. My guide and I sat down on either side of the round, drum shape table which had a BBQ grill on top. Now the way a Korean BBQ works is that you grill your meat, in our case they were long strips of pork. When done, you cut the strips with scissors and lay them in lettuce leaves, add some kimchi (pickled cabbage) some samjang (spicy paste) or garlic. Wrap it all up and put in your mouth. Then repeat. We washed it all down with a lethal cocktail my guide prepared which consisted of beer, soju and coca cola. Apparently this is what the Seoul kids drink these days. 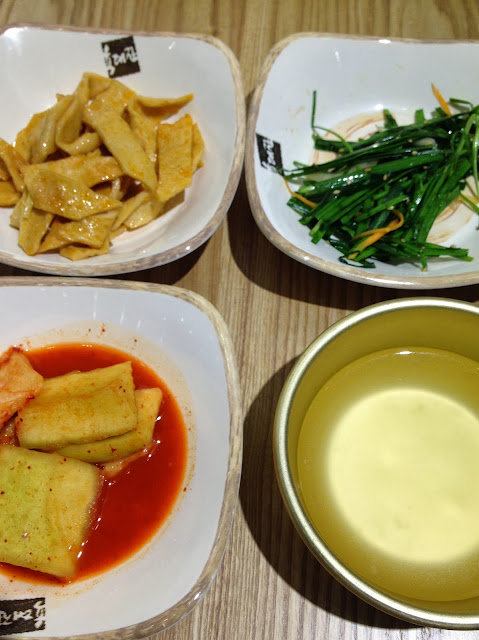 After we'd finished the meat, we walked over to Insadong where we had a dish called toppoki. Technically toppoki is a snack that is eaten in between meals, but to me it was more like a full-blown meal. The original version is a soupy dish that consists of soft rice cakes, fish cakes and sweet red chili, however we had the royal version which was named that way as it used to be served at the royal court. Our royal version had noodles, some veggies and mini dumplings as well. Here my guide introduced me to makgeolli, a drink that looks a lot like milk, but tastes a lot like sake. Albeit a fizzy one. It used to be a drink drunk by peasants and therefor it's drunk from metal bowls. 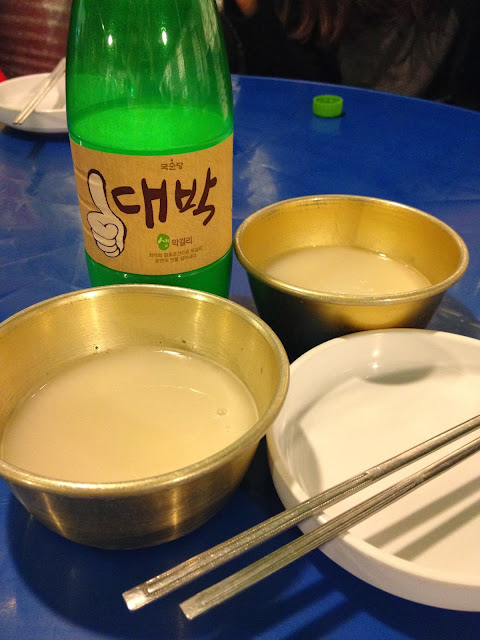 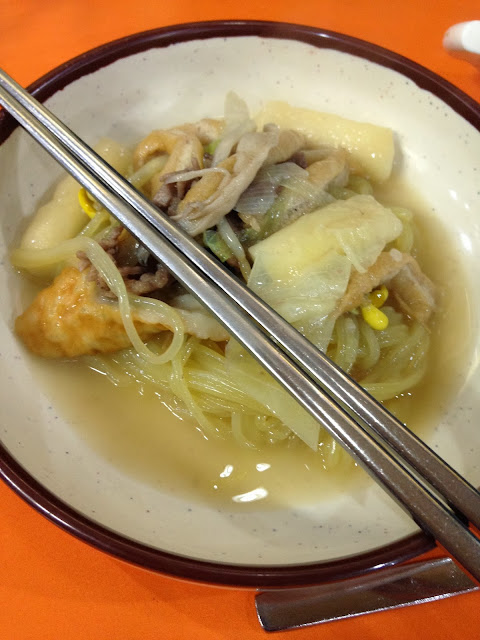 Our third meal of the night was another tent where we tried freshly grilled mackerel. My guide explained that these tents were places where locals got together for a quick meal after work and catch up on things. Not my favourite dish of the tour, I admit, but what I did like of the third stop were the cartoons hanging on the tent's walls. My guide told me they were made by a famous local cartoonist and there was one particular drawing showing Kim Jung-Il demanding missile soup. The mackerel was washed down with more makgeolli. 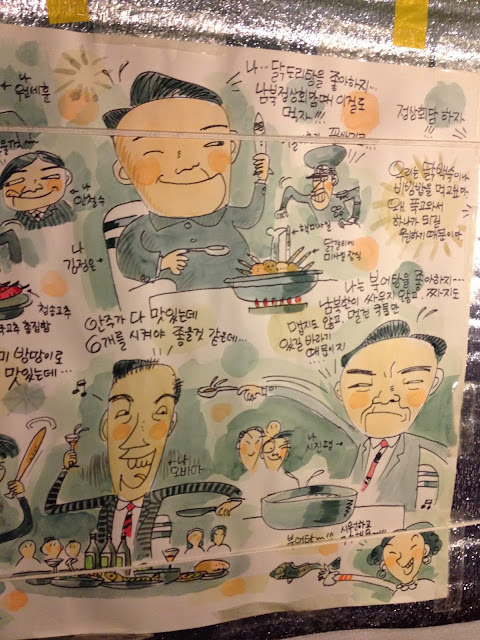 Already feeling quite full, we had one more stop to make. We hopped on a bus and headed to Gwangjang Market, which is Korea's oldest traditional market place. My guide took me to a restaurant that was famous for its Korean omelettes. These omelettes were made of bean paste instead of eggs, and you add onions and bacon. After technically having had three meals already, I only managed to try a few bites. We finished the evening with a few more bowls of makgeolli, before I headed back to the hotel. Feeling slightly tipsy, but a world of culinary knowledge wiser. 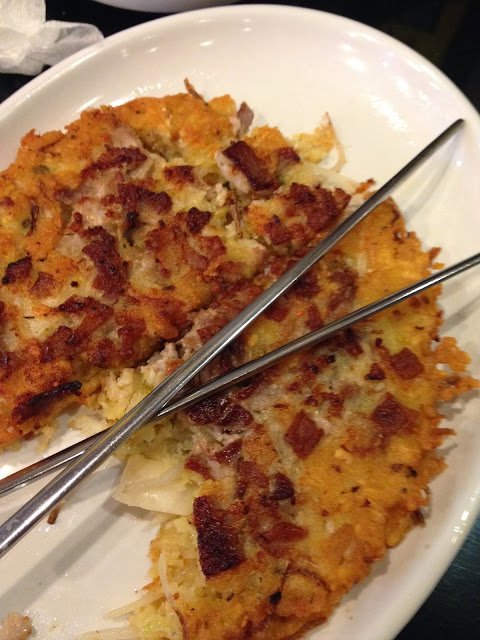