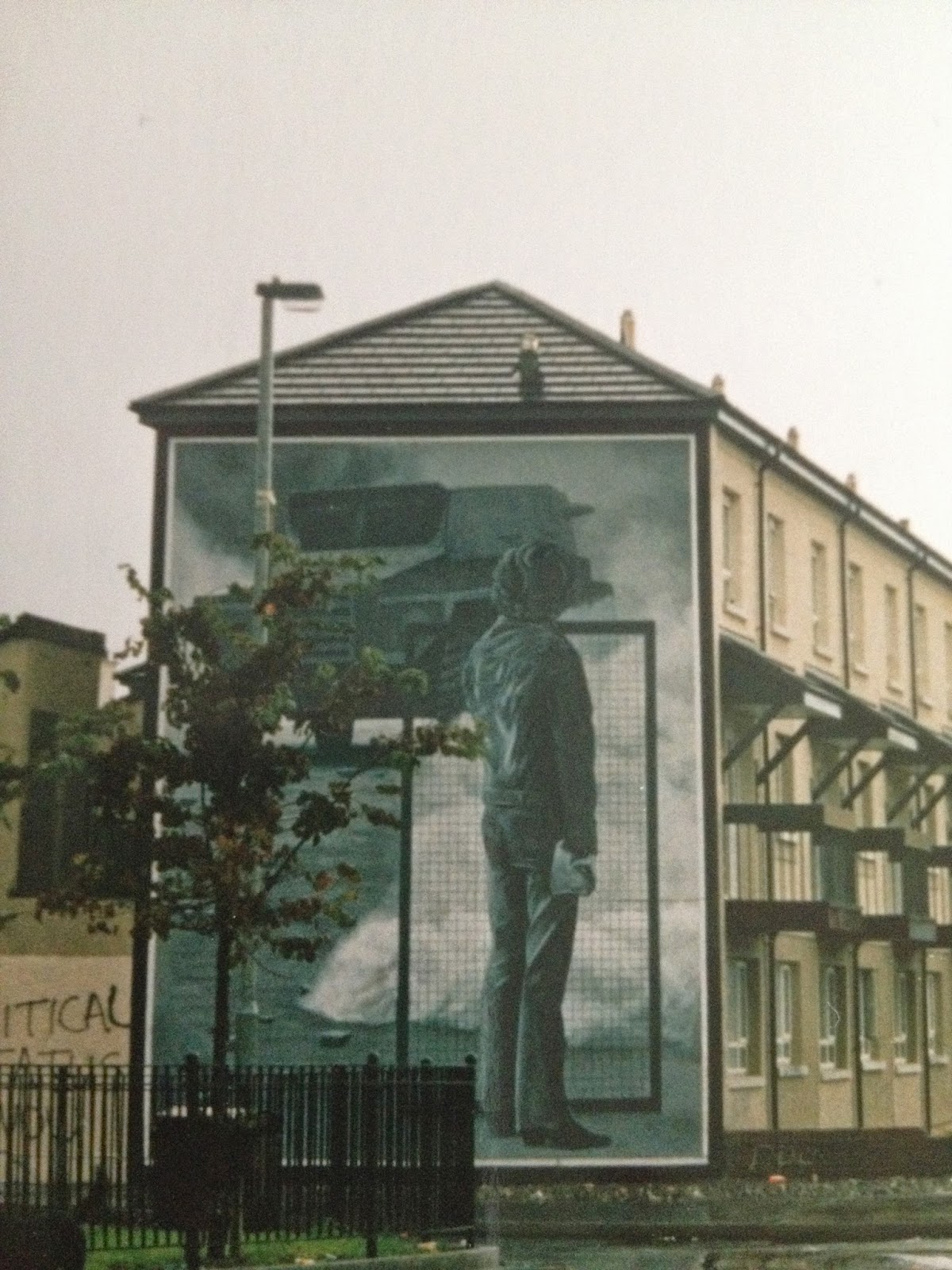 Some trips are just more memorable than others. For me it was a trip I took to Northern Ireland, not because of its amazing sites or jaw-dropping scenery, but because it gave us some insight in life. I was living in Dublin at the time and a colleague and I hopped on a Tir Na Nog tour. It was a three day Northern Ireland backpacker tour that would take is from Dublin to Derry/Londonderry, the Giant's Causeway and Belfast a country steeped in a bloody history.


On the first day, we arrived in Derry/Londonderry where we were taken on a city walk through the town centre. Now a city walk through any town centre sounds pretty mundane, but this one was a bit different. The town centre looks much like any other town centre in the UK, but standing on top of the old city walls we had a good view on the surrounding residential areas and what stood out weren't pretty church spires or lovely parks. What stood out here, were watchtowers and walls topped with barbed wire were cutting through neighborhoods, keeping residents with different political views and beliefs separate. Our guide pointed out an area called the Bogside where chilling murals were painted on the side of the houses. This is the neighborhood where the troubles started back in 1969 with a three day protest, and the spot of Bloody Sunday in 1972 when 26 people were killed by the British army. 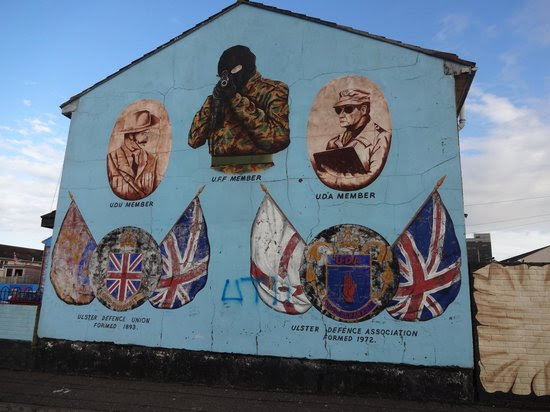 This photo of Paddy Campbell's Tours is courtesy of TripAdvisor

The following day we drove on to Belfast via the Giant's Causeway, a peaceful break from all the historic bloodiness. Here we went on a black cab tour that took. Our guides and drivers gave us unbiased accounts of the history of the city's segregation and what it was and is like living here. They took us to Shankill road where red, white and blue flags strung across a field were flapping in the cold wind. The unnerving murals on the sides of the houses surrounding the empty field were staring us down. The painted snipers and balaclava-ed soldiers aiming rifles back at us, made us all feel a tad jumpy and when the wind picked up an empty beer can, we all let out a scream. 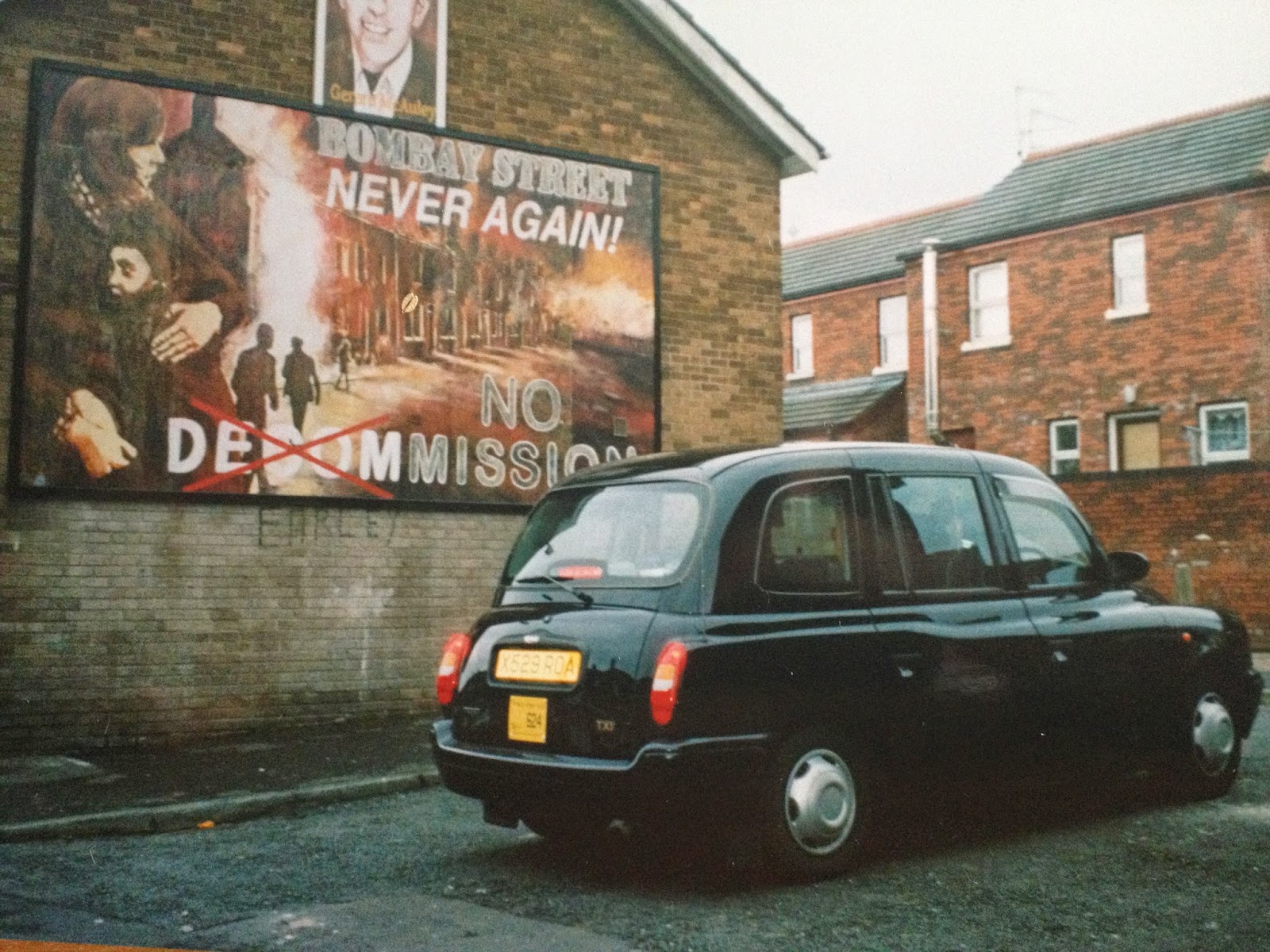 We drove past the International Peace Wall, drove through the wall's gates and stopped at Sinn Fein's HQ and Bombay street and also had a look at a catholic family's back yard. Their garden was covered by chicken mesh to protect them from petrol bombs thrown from the other side of the wall. Imagine your kids playing in a garden like that. 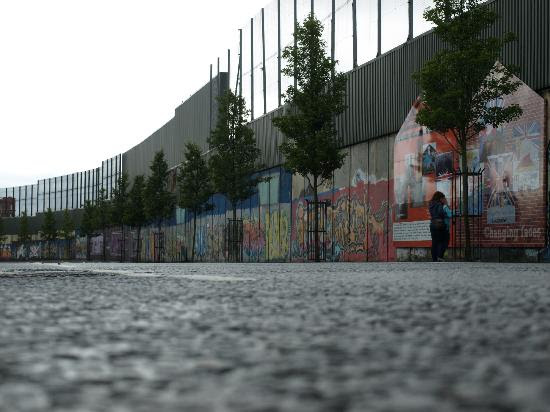 This photo of NI Black Taxi Tours is courtesy of TripAdvisor

After touring the two cities and seeing all that barbed wire segregation and violent murals and hearing about so much bloodshed and human losses, I couldn't imagine living in a place like that. Till we went to the pub that night. My friend and I ended up sitting in a booth with a catholic Northern Irish couple and their very English and protestant friend. There was no fighting or arguing at that table. Just a jolly good night with lots of beers and good conversation. The way it always should be.

Tir Na Nog Tours doesn't seem to exist anymore, but there are plenty of other backpacker tours out there. Try Shamrocker or Paddywagon.