Bermuda - My Most Surprising Destination


I had to think a while before I knew what destination to write about for this month's link-up hosted by Runaway Kiwi, Around the World in 80 Pairs of Shoes and Adventures of a London Kiwi. There are so many destinations that I have travelled to that took me by surprise. I never knew how clear the waters of the Med were till I travelled to Sardinia. Or how high the buildings of Manhattan were till I boarded a plane to NYC. Nor did I know how rude the people of Fiji were till I backpacked around its islands. Okay that's maybe more of a disappointment than a surprise.

However, the destination that surprised me most, in a good way, was Bermuda. I went there for a weekend after a business trip to Boston. Yes, a weekend trip as it is wonderfully easy to get there from the USA on a Jet Blue flight so very doable for a weekend break. 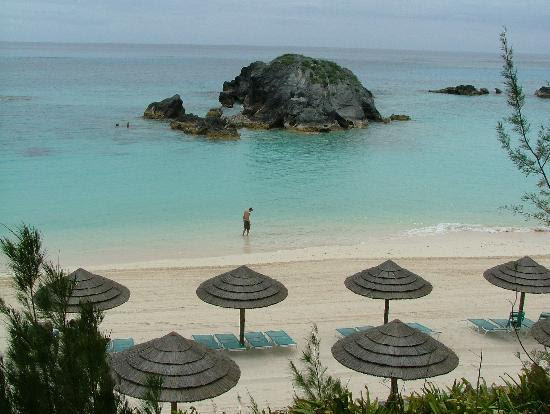 I expected to find a tropical island with a Caribbean flavour, very much like the other Caribbean islands; Island villages that are a bit scruffy, potholed streets lined with pastel coloured shacks and swaying coconut trees on pristine white beaches. Instead I found quite the opposite.

The best way to describe Bermuda is that it looks like an English county that has been cut loose from the British Isles and floated across the Atlantic. It's like England in the sun. The streets are well maintained and lined with brick walls not unlike the ones you see in the English country side. Brick Anglican churches are dotted around the islands towns and villages. Streets, bays and ponds bear familiar sounding names like Somerset, Brighton Hill, Devonshire Bay. Walking along the cobble-stoned streets of St George the shop fronts have that quintessentially English feel to it and there are tea rooms offering afternoon and cream teas and pubs serving roast lunches.  You'd almost forget that you're not in England if it wasn't for the bright pink and orange buildings. And the nice weather of course. 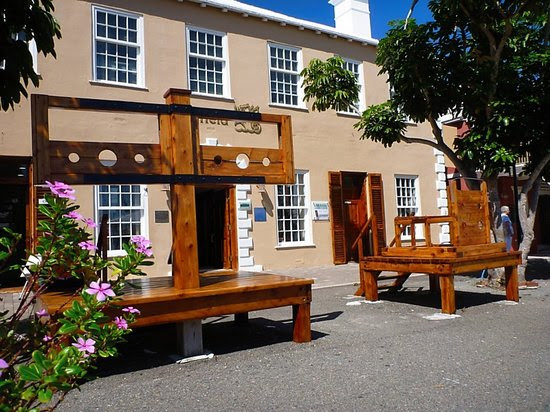 This photo of King's Square is courtesy of TripAdvisor

The beaches aren't Caribbean white either nor are they lined with trees growing coconuts. The beaches of Bermuda are backed by pine trees and the sand is pink. Not sure why or how, but who cares? It's pretty! 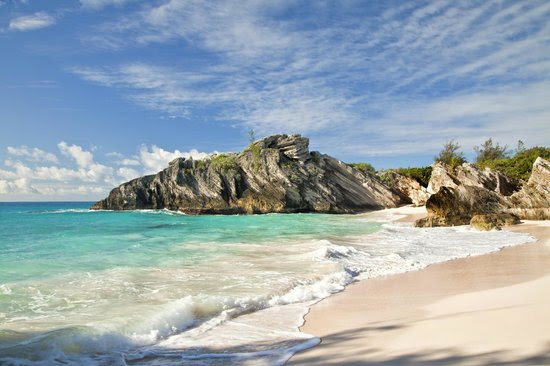 Okay so pink beaches aren't all that English either, but surprising it certainly was.
Email ThisBlogThis!Share to TwitterShare to FacebookShare to Pinterest