Last night I was invited to join the Suits and Flutes tour by Dragon and Flagon London pub tours, a walking tour company that offers pub and dinner tours in London. The tours are managed and run by Londoner Vic Norman who loves pubs and London and is passionate about sharing this. The group was very mixed. Of the 20 odd people there were some tourists, some Londoners and even some regulars who'd been on Vic's tours 6 times or more. Vic explained that we were going to hit 5 pubs where we could have a drink for 20 minutes each in London's financial district, an area seeping with history. 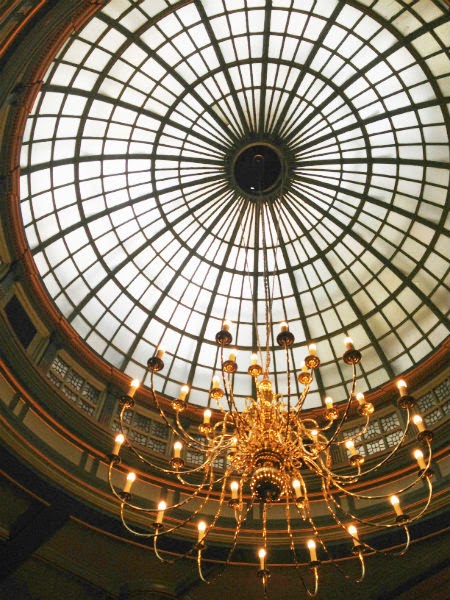 Our first stop was at the Counting House pub on Cornhill, which is set in a beautiful historic building that used to be a bank back in the late 1800s. It still oozes that Victorian atmosphere with its high domed ceilings, mosaic floors and shiny chandeliers. We had a drink at the bar and a quick look around before setting off to pub number 2. 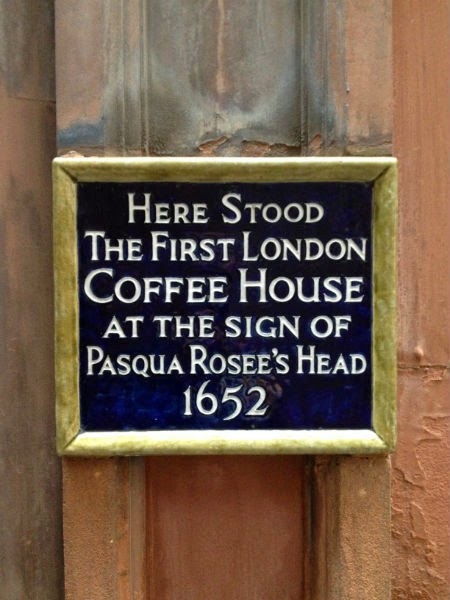 The second stop was at the Jamaica Wine House tucked away in St Michael's Alley. It's a 19th century public house with a woody interior and cosy partitions and stands on the spot of London's first coffee house opened in 1652. It took a while to get our drinks, which I downed before running along through the medieval alleys to the next pub. Pub number three was called the Olde Wine Shades in Martin Lane, which miraculously survived the great fire. It also used to have a tunnel running down to the Thames that was used by smugglers, but it was closed off after WWII. There is no beer on sale at this pub, but Vic recommended to have a glass of port. Already feeling quite woozy, I took a little break and chatted with some of my fellow tour people.

When Vic said the fourth pub was a Wetherspoon's bar, I wasn't expecting much, but the Crosse Keys on Gracechurch Street was actually quite impressive. Also set in a former bank building it also has high glass domed ceilings, resting on ornate pillars. And true to its Wetherspoons rep, the drinks are extremely cheap. 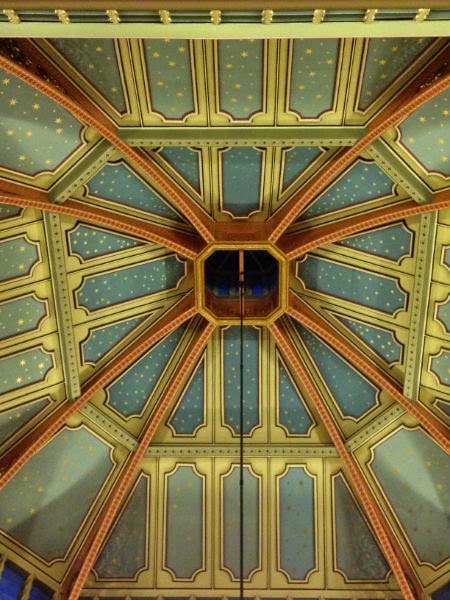 The final stop was the Lamb Tavern in Leadenhall Market which apparently played a huge part in the Harry Potter films. Here the tour concluded with our final drink. Even though Vic shares some random historic tidbits, the tour was more social than historic and a really good way to discover new public houses. For visitors as well as locals. Bottoms up.


I was invited for this complimentary Suits and Flutes tour by Dragon and Flagon London. You can find more information on their tours here.