Dutch Food at The Frying Dutchmen 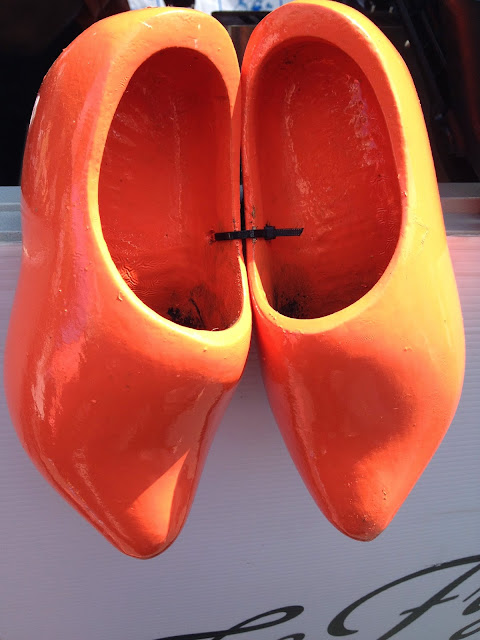 In my London Eats World Series, I'm on a mission to eat around the world without leaving London and this week's stop on my culinary trip  is my beloved Holland. Now I know we're not exactly known for our exquisite cuisine, but we do make some damn good pancakes. Especially the mini pancakes called poffertjes, coated with a thick layer of icing sugar and a big glob of butter are one of my favourite dishes. 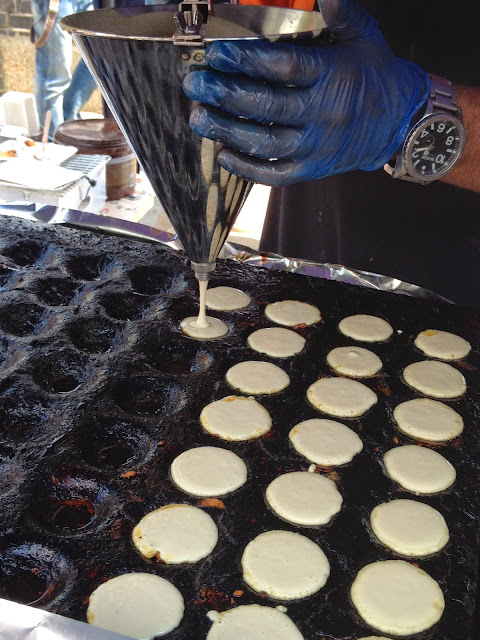 You can get these at the My Old Dutch chain, but I've always questioned whether they're actually Dutch in that place. So last weekend a fellow Dutch expat and I went down to Brick Lane in pursuit of the Frying Dutchmen, for some authentically handmade poffertjes. 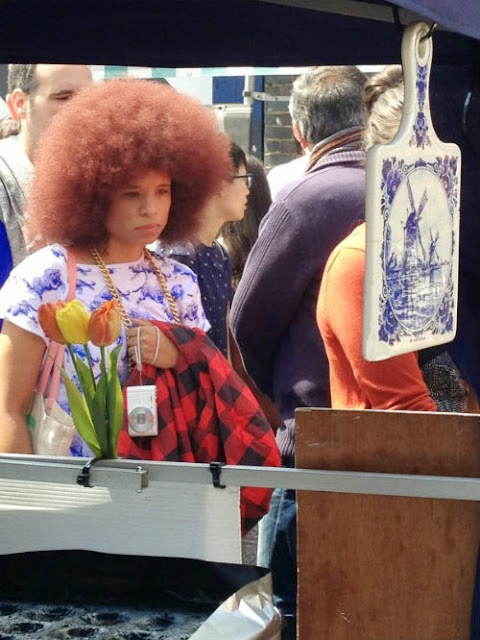 Actually The Frying Dutchmen are a frying Dutchman and a Dutch woman who travel around the UK and sell Dutch food at festivals, markets and other events. On Sundays you can find their stall at Brick Lane market, usually near the railway underpass. 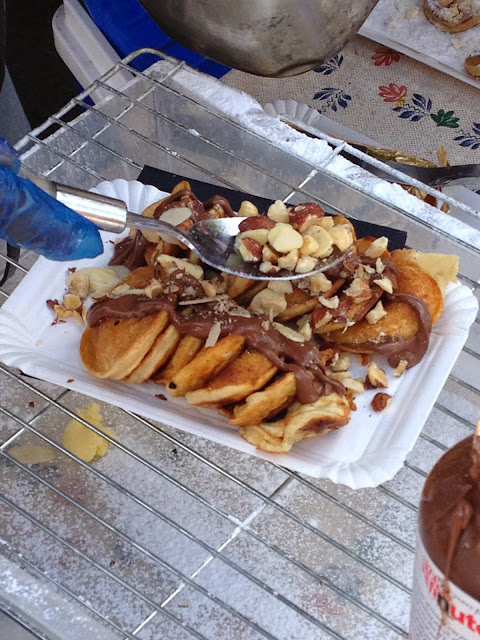 They fry bake the poffertjes and fry the chips on the spot in their makeshift stall which is really a marquee and two old foldable kitchen tables. Besides the mini pancakes we were after, they also sell chips with mayo, kroketten (which are made of a meat ragout with a crispy breaded coating), frikandellen (which are best described as Dutch hot dogs), and cheese souffles. 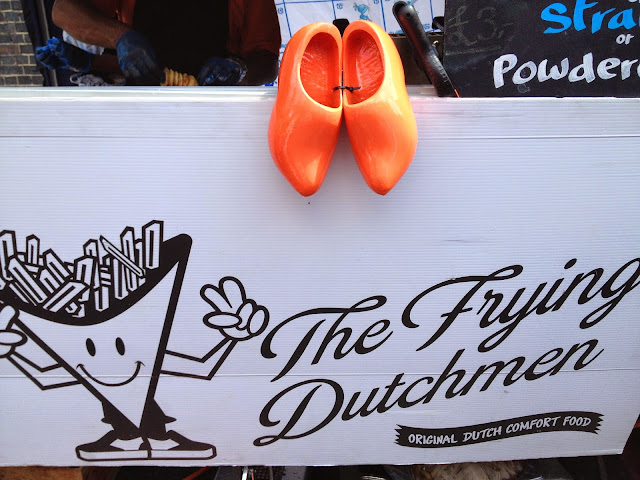 To catch the Frying Dutchmen check out where they are here.
Email ThisBlogThis!Share to TwitterShare to FacebookShare to Pinterest