The number of cycle cafes in London are growing like weeds, so as I cycle to work and back every single day, I felt I should have a look and see what this new hype was all about. 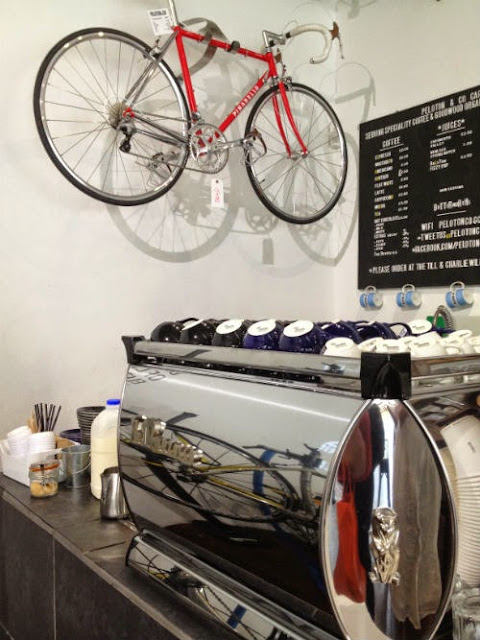 The first one I tried out was Peloton & Co Cycle Cafe in Spitalfields market. To me, this one looked a bike themed coffee shop, than a bike shop that serves coffee. There was a large communal table in the middle with a couple of cycle mags strewn across it. There were a few bikes on display in the window and hanging on the wall and there were a couple of shelves showcasing bike accessories. The bar served coffee, teas and cakes, but since it was wine o'clock when we were here, we opted for a large glass of sauvignon blanc and a refreshingly cold beer which we enjoyed on the bench out front. It was a shame they kicked us off at 6 as we could've easily have stuck around for another one. 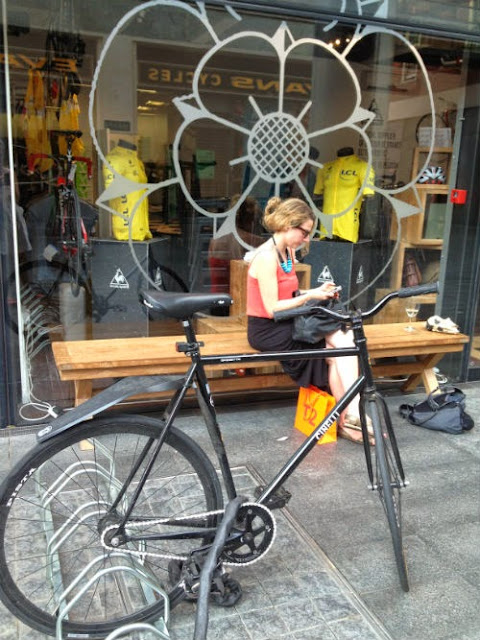 Second stop was The Rapha Cycle Club in Soho. As the name suggest it sells all thing Rapha, but also serves an extensive range of coffees, teas, cakes and healthy meals fit for long bike rides. When I walked in I felt slightly under-dressed. Mind you, I always feel that way cycling here in London, because English vs Dutch cycle culture differs in that sense that people in Holland just dress like normal people, not like wannabe Tour de France participants. At Rapha Tour jerseys and snug lycra shorts seemed to be the dress code as well, but it didn't deter me. At my table which was decorated with retro cycling magazines, I was able to take it all in. Among all the retro-bike art, there were massive flat-screen TVs on the wall actually showing the Tour de France, the sound of which was so loud I couldn't hear myself think. Near the entrance was a bike rack that allowed cycling punters to bring in their bikes and hang them inside the shop. Very convenient, although good luck trying to hang my Dutch oma-bike up there. Overall I thought it was a bit over the top and not a cafe I will come back to. Especially since my jasmine tea was over-brewed. 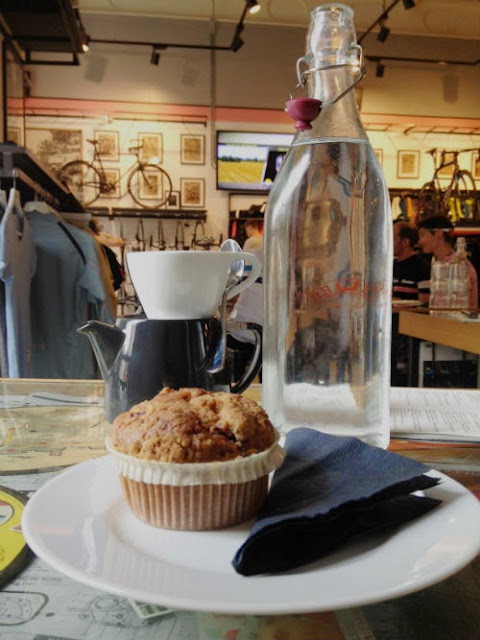 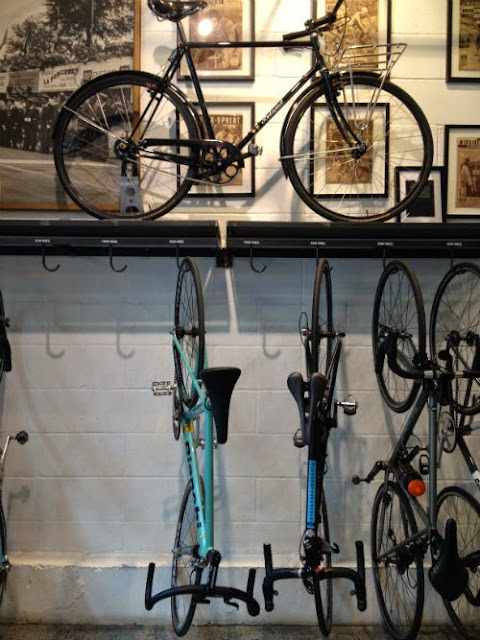 The third cycle cafe I went to was a local one called Flag Bikes on Battersea Park Road. They recently opened and besides selling bikes and bike stuff and brew coffee, they also do bike repairs. Yay for me and my bike as I was in desperate need of a bike repair person to fix a loose chain. The baristas and bike repairmen were super friendly and my bike was fixed within a day. The look and feel of the cafe itself still looks a bit cold, but I think it's still a work in progress. I for one like the fact that I can have a cuppa while my steel horse gets looked after by nice people. 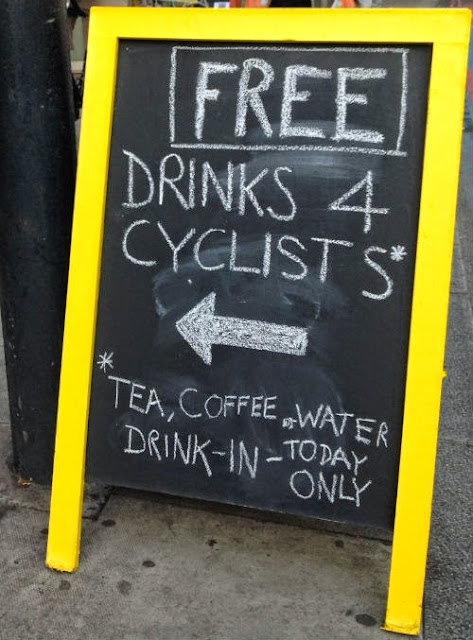 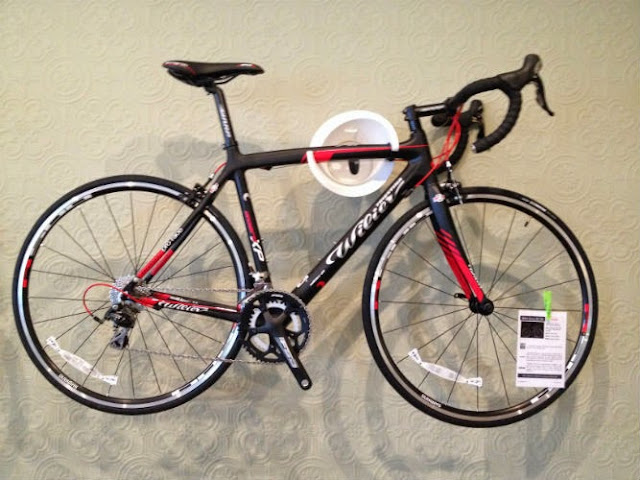