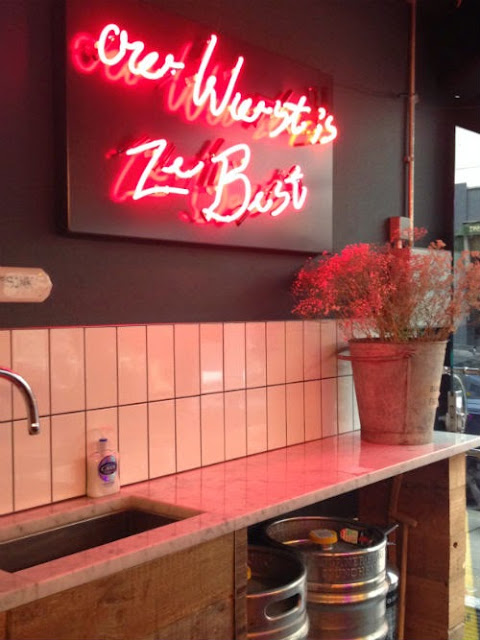 In my London Eats World series I'm on a mission to eat my way around the world without leaving London and this week it's Germany at Herman Ze German. German food is like Dutch food: Hearty and starchy aka sausages and potatoes. And that is exactly what you'll get at Herman Ze German. 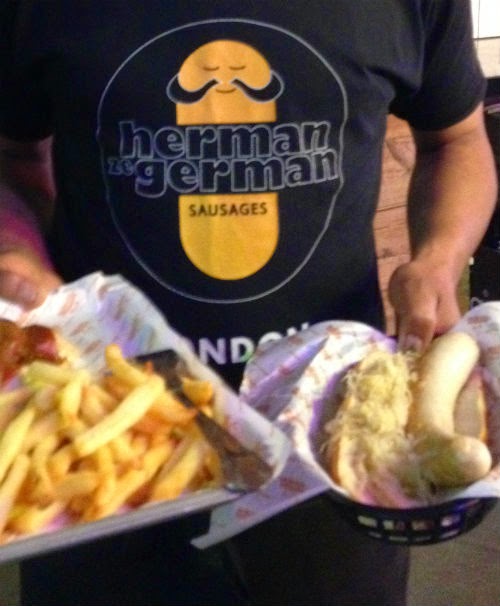 On the menu here it's bratwurst, bockwurst and the most popular sausage of all, the curry wurst. They are served on their own or snug in a bun and drenched in mustard or the tomato/curry sauce. You can enjoy them with Herman's fat-free chips, German potato salad or a side of sauerkraut and wash it down with Fritz-Kola or Paulaner beer. Herman Ze German is open for breakfast and lunch as well, but don't worry, it's not just wursts and spuds you'll get. In the mornings and at noon you can enjoy freshly baked pastries and brezels as well as muesli and sandwiches. 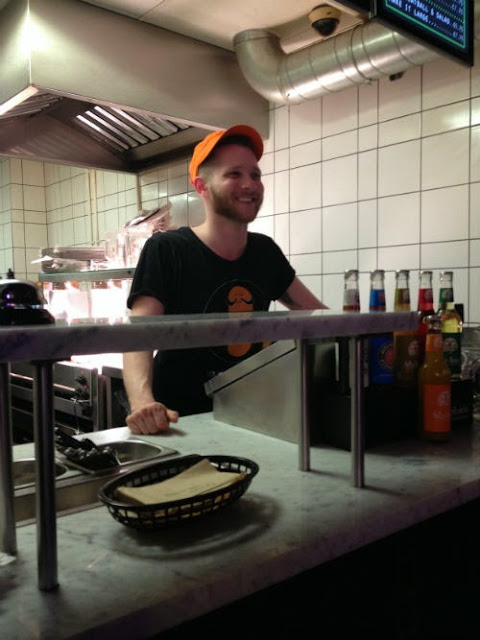 The decor has got that typically German homey feel to it with some untypically German, funny details added to it: Watch out for the piggy name labels under the row of meat mincers hanging on the wall, making you wonder whether it's Helga, Fritz or Otto on your tray. 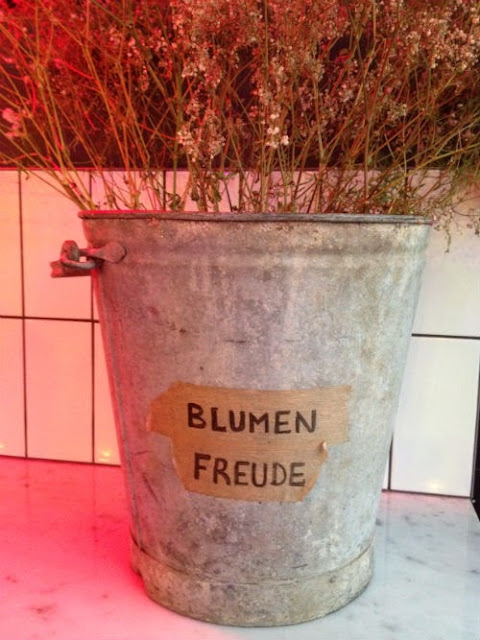 You can find Herman Ze German either in Soho on Old Compton Street or in Villiers Street next to Charing Cross Station. More info here.