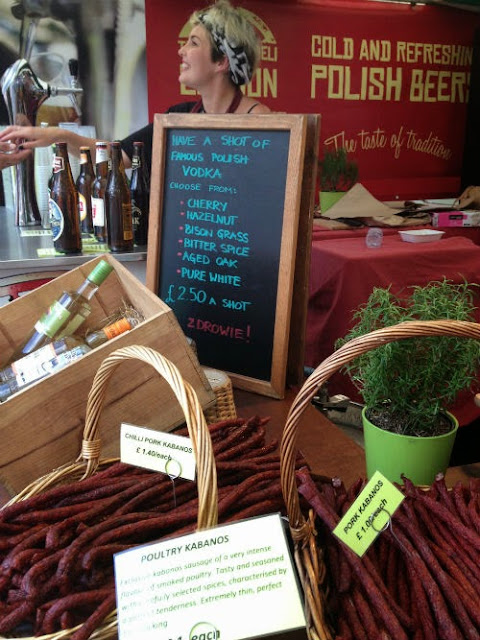 Now the place that I had in mind is called The Polish Deli and they are not actually a restaurant, but a catering company that also has a stall at a couple of London food markets. At least that's what their website says. So I ventured to Covent Garden last week to the food market that is supposed to be held there every Thursday, only to find a massive Coca Cola truck blaring out pop music. No food to be seen. 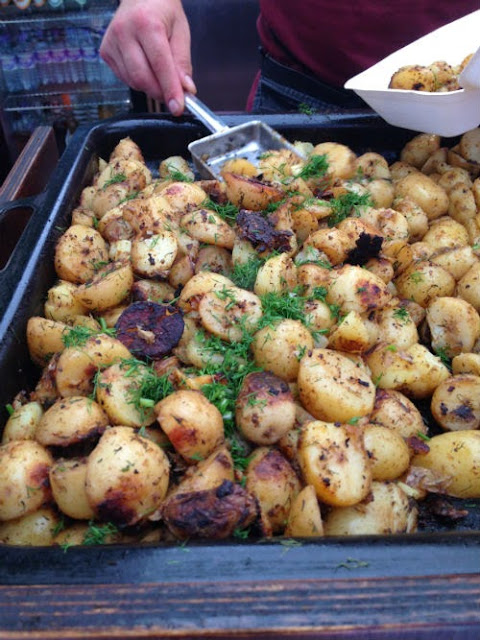 Then on Saturday I trekked to Broadway Market in Hackney, where we found lots of delicious smelling food, but no Polish Deli. 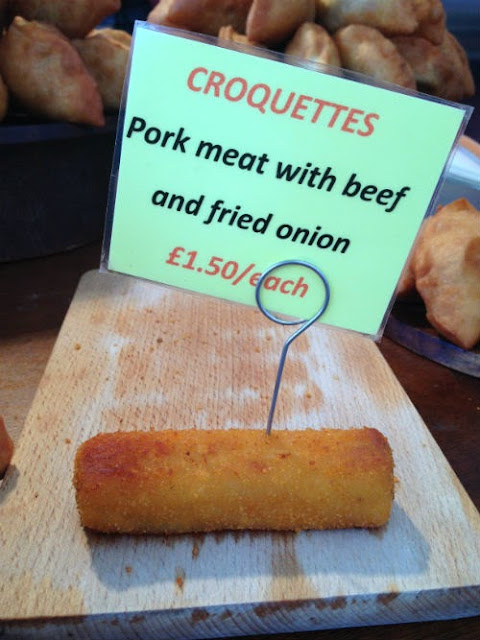 Then, third time lucky, I finally found them at the Real Food Festival behind the Royal Festival Hall. Finally. I also found a massive queue in front of the stall, but that wasn't going to deter me from having authentic Polish pierogi. 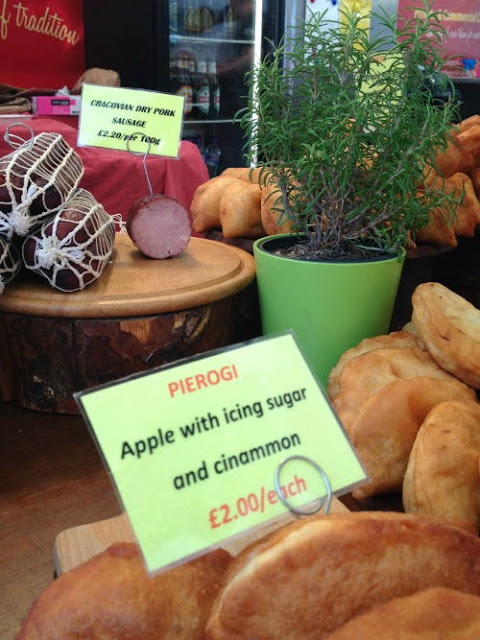 Besides these pierogi, which are doughy dumplings filled with either meat, cheese or apple compote, The Polish Deli also sells a range of Polish sausages, cured or on the grill, croquettes, potatoes and chicken skewers on the grill and a fragrant Polish stew. Even though these all looked and smelled amazing, the balmy London weather put me off having steaming, hot food. So, like I said, I went for two pierogi, one with a tasty filling of meat and sauerkraut and one with sweet apples and cinnamon, which I enjoyed with a glass of cold and refreshing Polish beer.

You can find more information on The Polish Deli on their website.