In my London Eats World blog series, I'm eating my way around the world without leaving London and this week it's France. 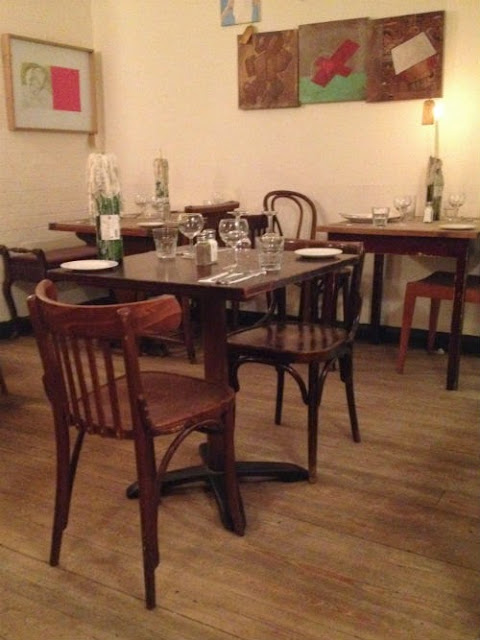 This one had to be a good one, because the French know food, right? So for an evening filled with haute cuisine, I headed to Pierre Victoire in Soho. Pierre Victoire could only be more French if it was really in France. There's French art hanging on the walls, French music playing in the background and French wait staff welcoming the guests. The view, however, is not so French as you look straight onto the construction site of Crossrail, but that will improve. Or so I hope.

The music on this occasion was very live and loud and could've been slightly more French and a little less old New York. Actually I could've done without as we were reduced to communicating in sign-language. 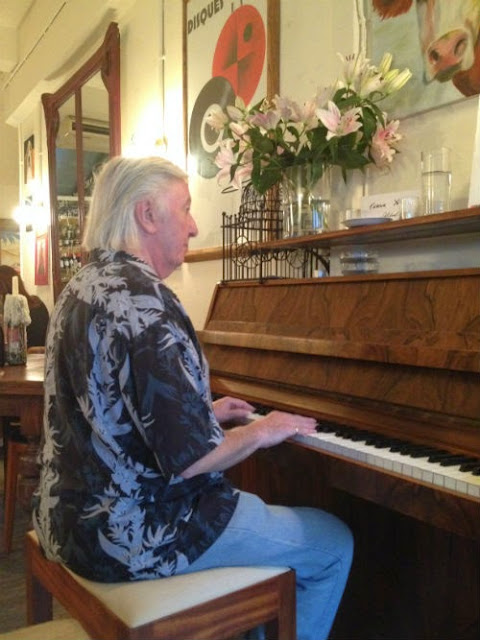 The menu is anything but concise and contains French favourites like steak tartare, tartiflette, and foie gras, lots of different salads, and lots of different steaks. And if you come early, you can have the pre-theatre two course set menu for £12.90. 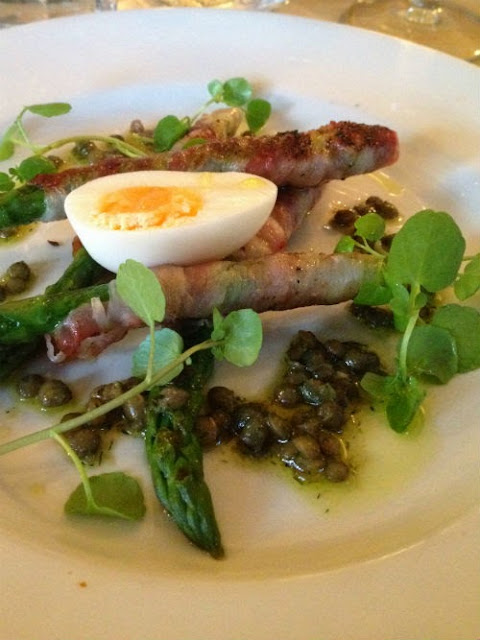 We opted for the asparagus wrapped in pancetta with a soft boiled egg for a starter and the steak frites for our mains. I loved the starter, but then again I love asparagus. The steak would've been good if it hadn't been doused in oniony gravy which made my French frites a tad soggy. We didn't try any of the desserts as I can only handle two courses. 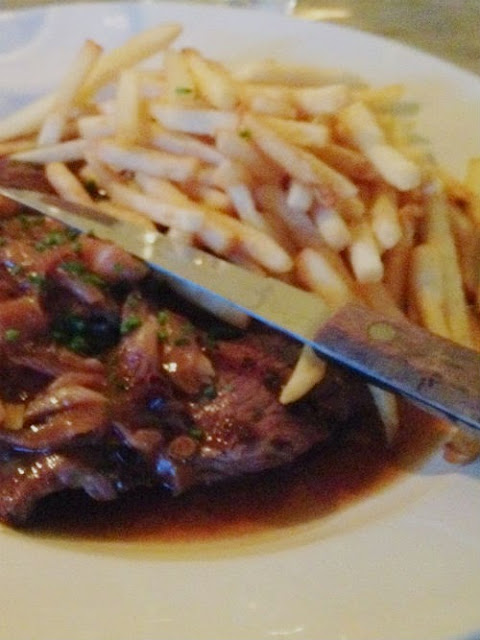 Overall I had an enjoyable, albeit loud evening at Pierre Victoire and next time I will opt for a table away from the piano. And something that doesn't come with gravy.