In my London Eats World series I'm on a mission to eat my way around the world without leaving London and this week it's Czechoslovakia. 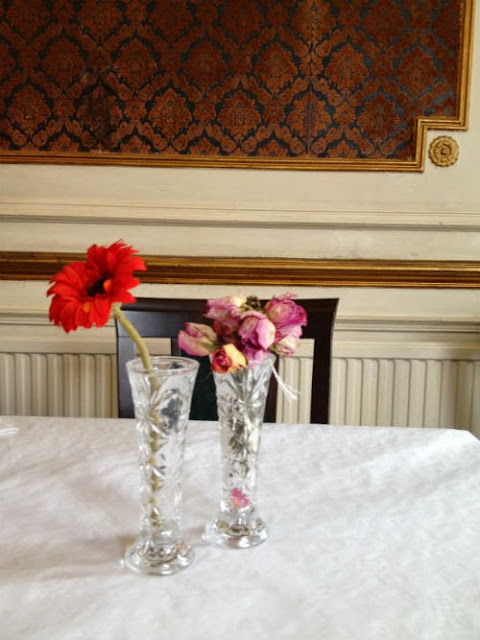 There wasn't a lot of variety in the number of restaurants that serve this, so my culinary world journey in London led me to West Hampstead where I found the only Czechoslovak restaurant in London, which was very aptly called Czechoslovak Restaurant.

When I walked in I first though I had walked into the reception of a hotel, but I was immediately given a menu and directed to the bar by the friendly staff. I had a little snoop around after I put my order in for a refreshing Budvar, aka Budweiser in the West. I found the decor of the bar/eatery as creative as its name. There were three dining rooms, the first one looked like a bit dull and colourless. There were ocre table cloths on the table, tired carpet on the floor and wooden slats on the wall. I liked the Alphonse Mucha posters on the walls, which gave the room at least a little dash of colour. 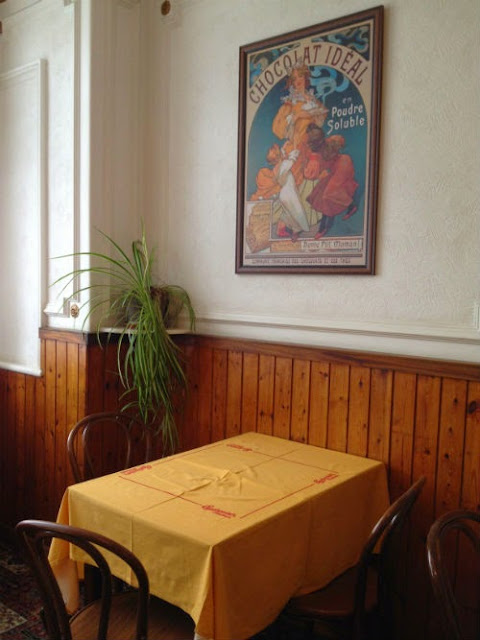 The room across the hall looked a bit more fancy and had white table cloths and there were even flowers on the tables. The third room looked a bit like a cheap function room, like the ones you see on those gypsy wedding shows. 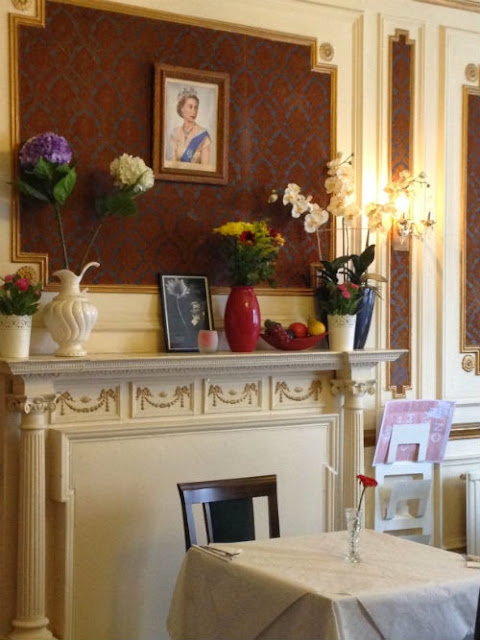 I opted for the garden which was massive and the city noises seemed to stay in the far distance.

Food wise I was a bit overwhelmed with the length of the menu, but I went with a goulash dish with onions, peppers and Czechoslovak dumplings. I felt optimistic and put in an order for an apricot dumpling dessert as well. 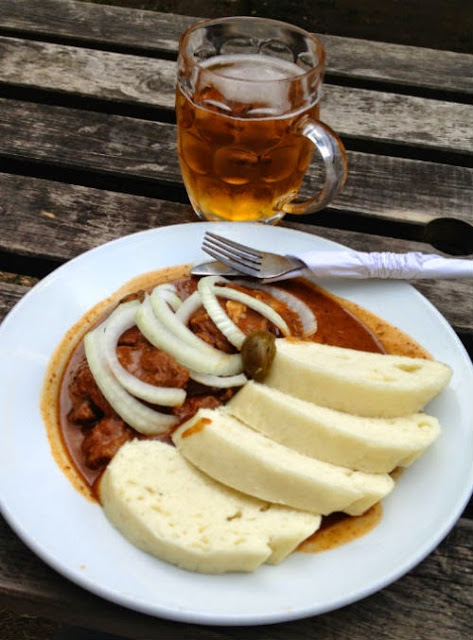 The goulash was a bit underwhelming. The onions where omnipresent and raw, the peppers was just one slice of green pepper, but the meat was ok. The dumplings were a bit of a novelty to me. They reminded me of those Chinese steamed buns with pork inside, but these Czechoslovakian version had nothing inside. I drowned them in the goulash sauce, which made them a bit more flavoursome.

I liked the dessert version of the dumpling because it was swimming in a sweet butter sauce and covered with a thick layer of whipped cream. 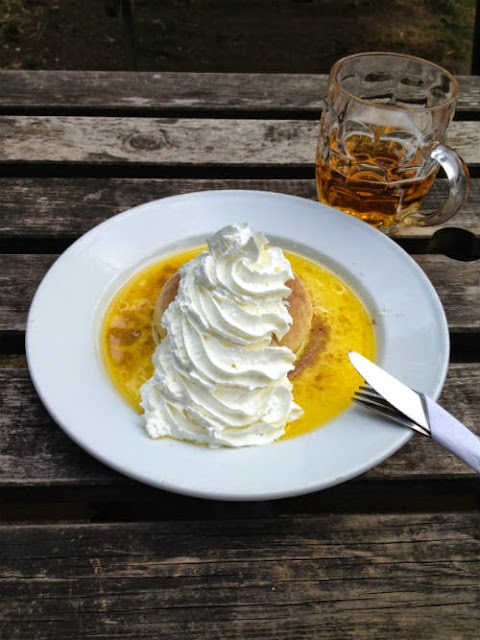 Overall, it was a so so experience, but the fantastic garden and the friendly service did somewhat make up for it.

You can find more information on the restaurant's website.