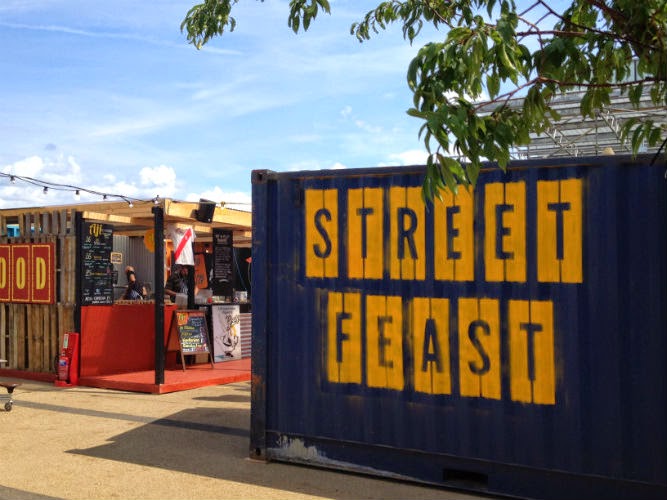 Outdoor cinemas seem to be popping up everywhere this summer, but one location I was dying to try out was the outdoor cinema at Battersea Power Station. Not just to watch a movie outside, but also because this would be my last chance to get up close and personal with Battersea's iconic 1930s landmark before the building works kick off. So last weekend I headed over there to watch Woody Allen's Manhattan. 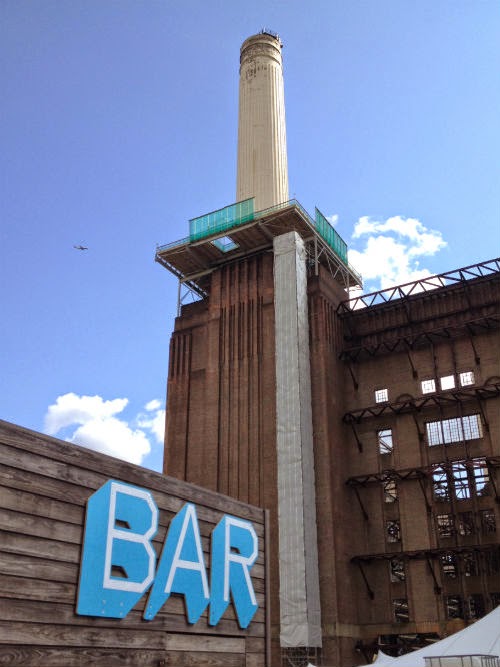 This pop-up cinema is part of a pop-up festival called Power of Summer Streetfeast organised by Everyman cinemas. Watched over by the towering chimneys of the power station, Londoners can indulge in delectable street food cooked up by the likes of Le Bun, Spit & Roast, Popdogs, Mama’s Jerk and loads more. As the name suggests, it's located on the riverside of the iconic power station which offers some fine views of the Thames and also of London's most iconic landmark. 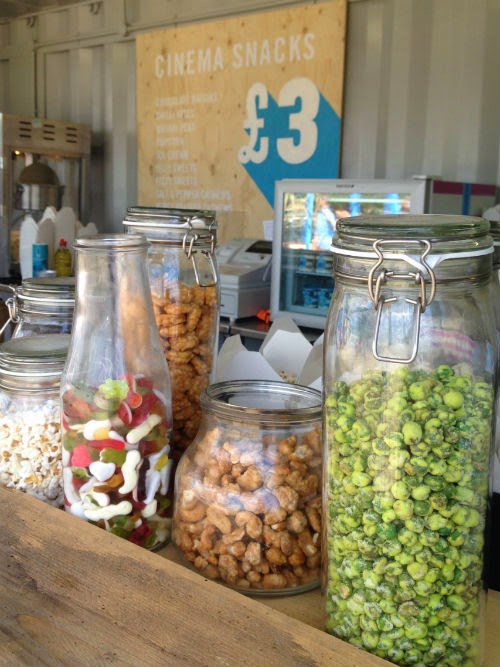 Besides the square of food stalls selling all kinds of street foods from burgers to hot dogs and wraps, there is a large field with benches and low tables on which visitors can play giant Jenga and Four in a Row games. There's a beer and cocktail bar as well as a champagne and prosecco bar. 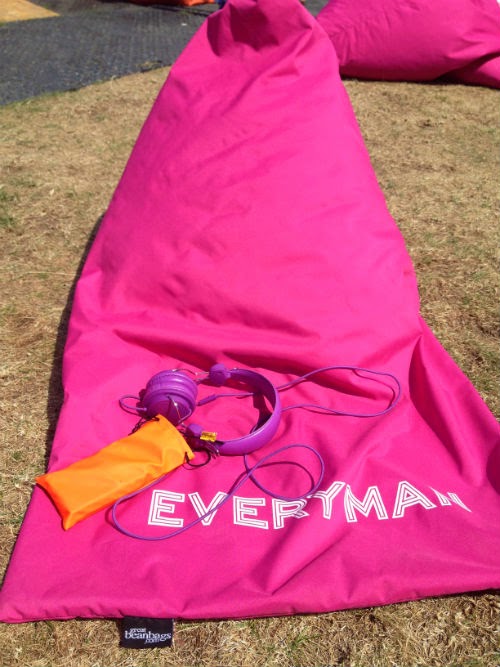 The cinema area is decked out with colourful beanbags, which allow you to comfortably slouch back and watch the screen hung against the backdrop of the impressive power station. Bean bag tickets come with equally colourful headphones. Towards the back of the open-air cinema, there are private pods for either two or four people that include headphones and waiter service. There's a bar where the beanbaggers can get their drinks themselves. 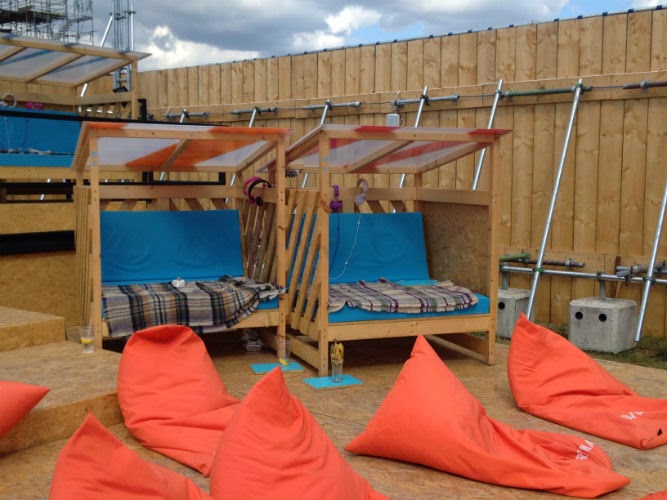 We opted for the beanbags which were so comfy that I had a hard time getting up from mine when the movie finished. We ended our afternoon enjoying the summer sun with a few glasses from the prosecco bar and some curly fries. Looking up at the four chimneys overhead, I was wondering what we will find here this time next summer. I'm afraid an outdoor cinema it won't be.

The Power of Summer is still on till the 31st of August. Find more information here.
Email ThisBlogThis!Share to TwitterShare to FacebookShare to Pinterest