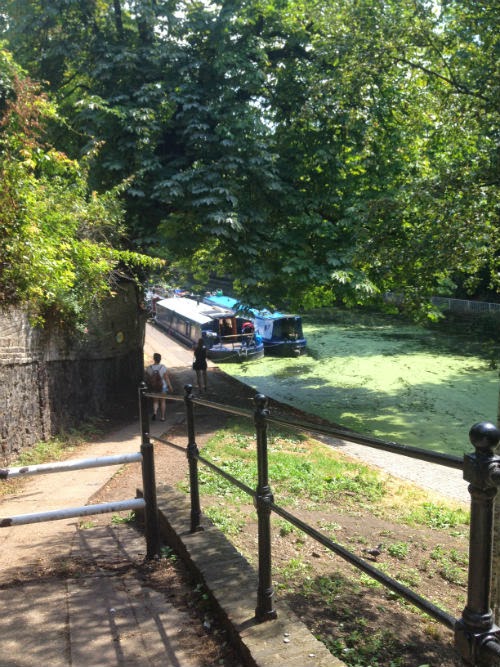 When you think of canals, you don't tend to think of London. But in fact, there are actually a few of them here. One hot summer weekend I walked along the Regent's Canal towpath from Little Venice in West London to Broadway Market in East London. 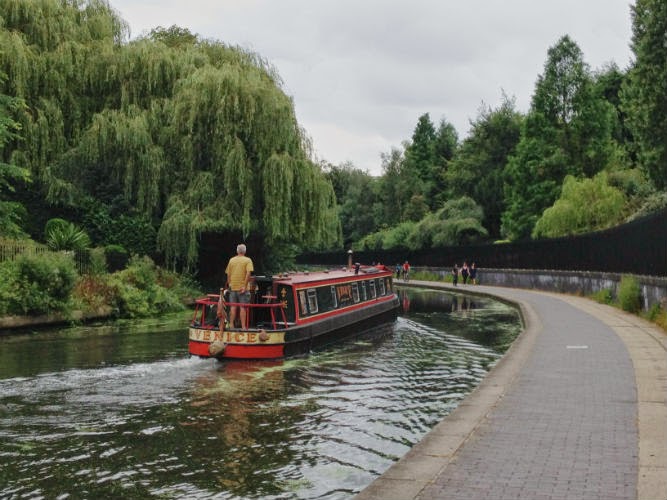 Little Venice is an area in Maida Vale where the Grand Union Canal, yes, another London canal) and the Regent's Canal meet. It doesn't actually look like Venice at all, but the canal area is a wonderful place to walk around and watch the house boats or have a coffee or a meal at one of the canal side cafes.
You can't actually walk right along the houseboats moored here as the towpath is only for residents of the houseboats. Walkers have to settle with looking into these Bohemian living spaces from behind a fence running along the towpath and Blomfield Road. 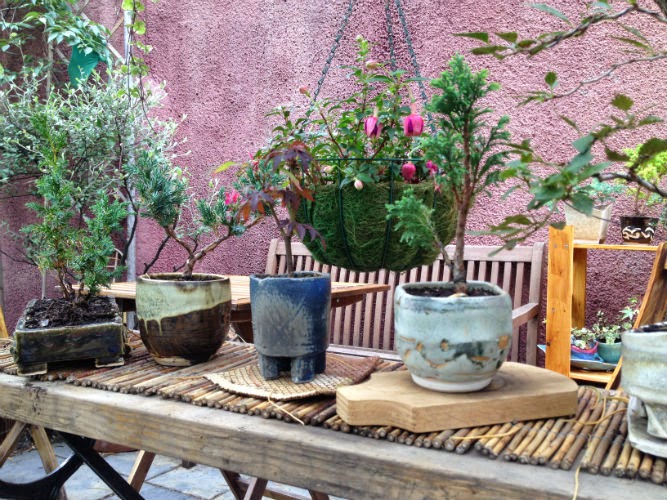 Up ahead when you reach Edgware Road, the canal disappears into a fairly long tunnel underneath the streets and houses, so the walk has to continue above ground till you find it reappearing on the other end of the tunnel again. The canal is not all that spectacular here till you reach a bit with splashes of green which is technically the beginning of Regent's Park. Across the other side, you'll soon see four magnificent mansions belonging to some really lucky sods. A bit further on you pass the London Zoo, and if you're lucky you'll spot some of its residents. I only saw some cardboard penguins and a real really big bird. 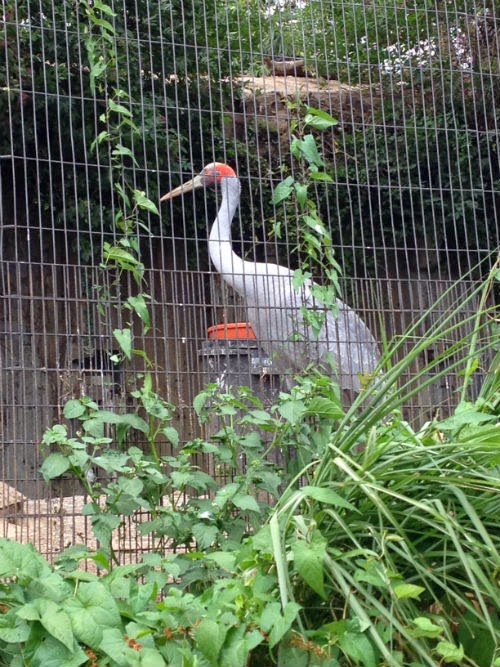 Now all this green might have made you forget you're actually in London, but to remind yourself, take a slight detour into Primrose Hill and walk up what must be the most filmed London Skyline in the movie industry and take in that view. 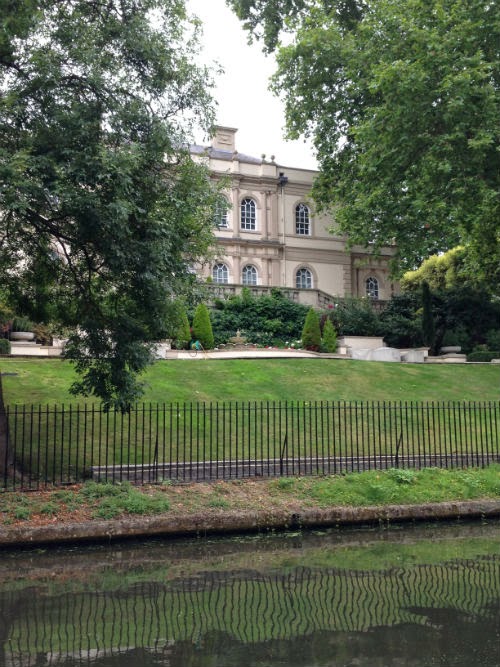 Head back to the canal and you'll soon notice you're approaching Camden as the music gets louder, the graffiti brighter and the marijuana smells stronger. Cross the Camden Lock and cross Chalk Farm Road to reach the canal's towpath on the other side. Here the scenery becomes a bit more industrial, but you can see by the number of cranes and building works that things are changing here. 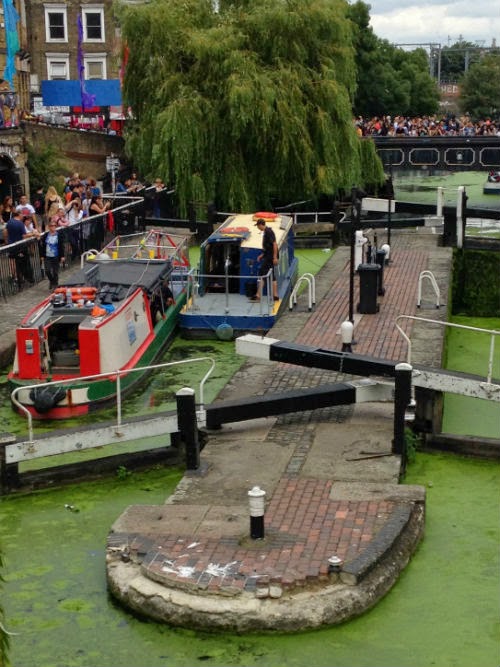 Then further along the towpath the canal dips into a canal again and walkers need to cross the shopping centre and Upper Street in Angel. A good place to grab some cool drinks or food at one of the trendy coffee bars. 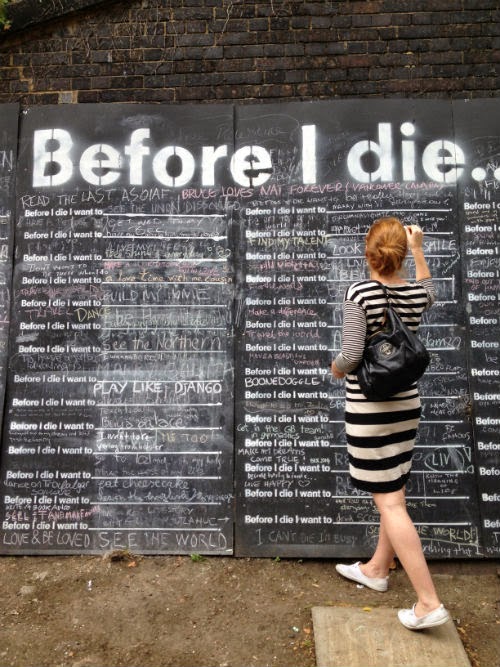 As the canalside cafes get trendier, the beards get longer  and the jeans skinnier, the towpath approaches Shoreditch. Here the towpath crosses underneath Kingsland Road in Shoreditch where it continues to snake towards Victoria park. 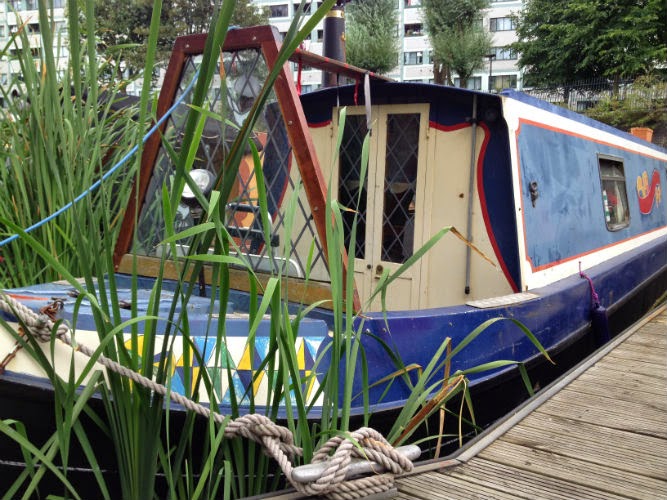 Soon after you pass Broadway Market which to me looks like a foodie oasis in a jungle of council estates. My fried and I queued up for a German sausage sandwich and some fruit smoothies and found a shady spot in London Fields Park. We got so comfy here that we called our Regent's Canal walk a day. However if you go, do venture out further on all the way to Limehouse Basin, which will take you past Victoria Park and the Olympic Park. I will save it for a slightly less balmy day.