A few years ago I travelled to Borneo to visit the orangutans at Sepilok Orangutan Sanctuary and the nearby Labuk Bay proboscis monkeys refuge in Sandakan. 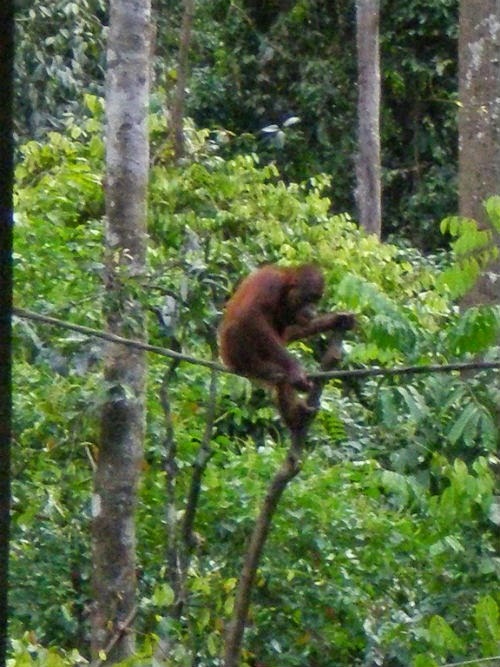 There is a bus that can take you there, but I was being a lazy backpacker and took the easy option. I'd booked a taxi which took me from my hotel in Sandakan, right to the entrance of the sanctuary. 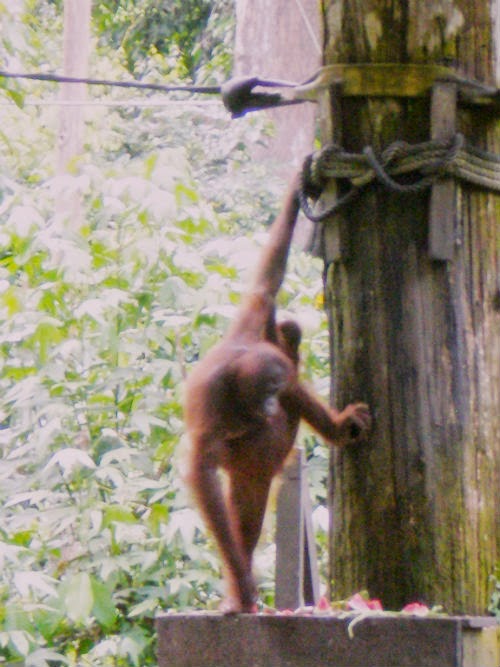 The sanctuary was opened in 1964 to save orphaned orangutan babies in Borneo. And over the years there have been many that needed to be saved from illegal hunting or destruction of  their habitat deforestation. At Sepilok they are taken care of till they are old enough and capable of taking care of themselves in the wild.


Sepilok is not like a zoo where you can walk past enclosures and see the resident animals. The orangutans only come out at feeding times. And so do the tourists. Feeding times are at 10am and again at 3pm when carers drop food on the feeding platforms. 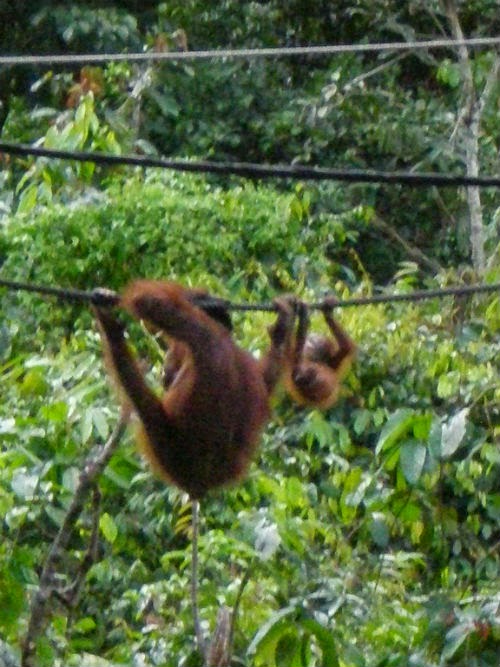 When I went there were so many people wanting to catch a glimpse of an orangutan, that I had to fight for a good viewing spot on the humans platform. On the opposite side, a carer was putting food out on the orangutan platform. And then we waited. And waited. And waited. After a good 15 minutes, we saw some branches move, but it took another 15 minutes for a mum and her little baby to climb onto the platform and check out the nosh.

I spotted another young male that was trying to get closer to the food, but the mum with the baby wasn't willing to share. 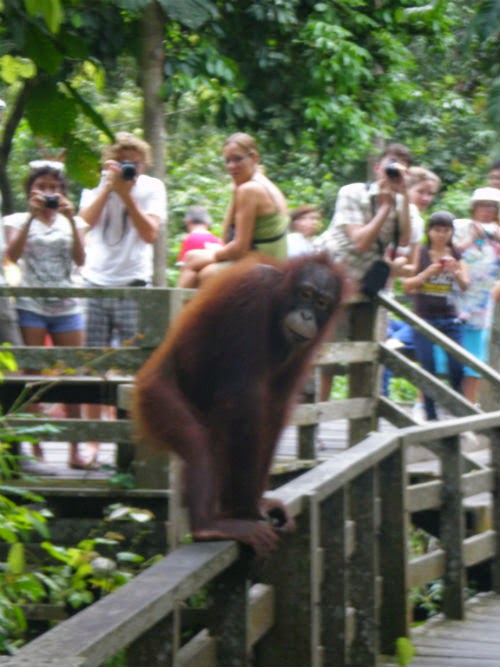 When she disappeared back into the thick forest, the tourists started to vanish as well. I waited a while till most of the crowd had gone off and luckily that I did. As just when I made my way towards the exit, an adult orangutan decided to come and say hello and jump up on the wooden railing of the walkway. He (Or she. I couldn't tell) paced up and down a few times before jumping into a tree and swinging back into the forest. 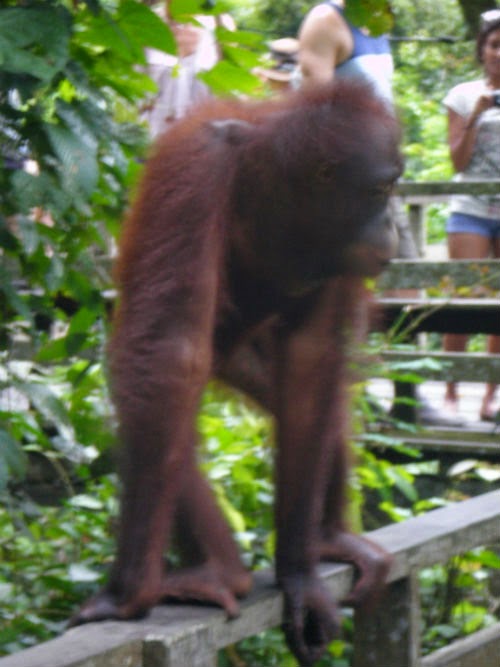 I did feel that I 'd seen more tourists than monkeys at Sepilok Orangutan Centre in Borneo, but that close encounter with the adult orangutan and the fact that the centre is doing a pretty good thing saving the orangutans, makes a visit well worth it.