In my London Eats World blog series, I'm eating my way around the world without leaving London and this week it's Swiss food at Walluc. 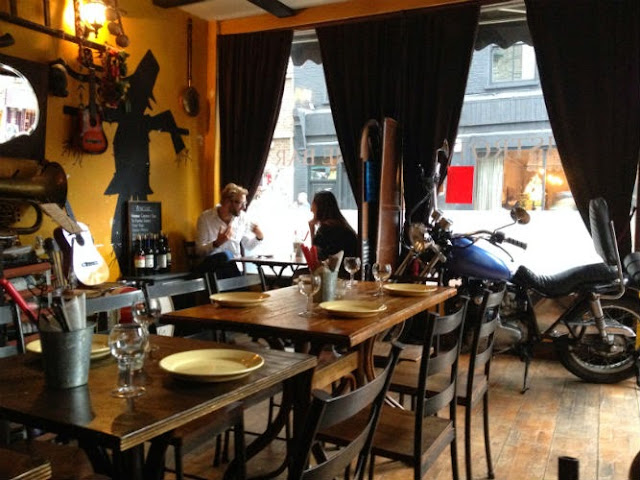 For this week's dish my friend suggested to have cheese fondue at Italo-Swiss Walluc on Redchurch street in Shoreditch. It's a cosy little bistro with a quirky decor. Besides the random collection of Swiss knickknacks hanging on the walls, (Think snowshoes, wooden skis and cuckoo clocks) there's a motorcycle parked just next to the entrance. Inside that is, not outside. At the opposite end of the room is a glass-less window that looks out onto a fake Italo-Swiss street scene, complete with washing hanging from a clothes line. 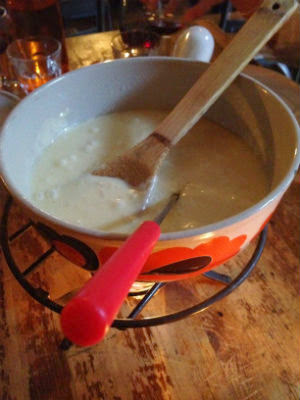 While humming to a French version of Beatles music, we studied the menu of Swiss dishes and Italian wines. We opted for the cheese fondue and a carafe of the house red. The fondue was served in a pot that looked like it stepped straight out of the 70s and it immediately brought back memories of many a family New Year's eve when I was little.

The fondue was made up of grueyere and emmental cheese and was served with a side of green salad and boiled pototoes and of course a small basket with pieces of bread. 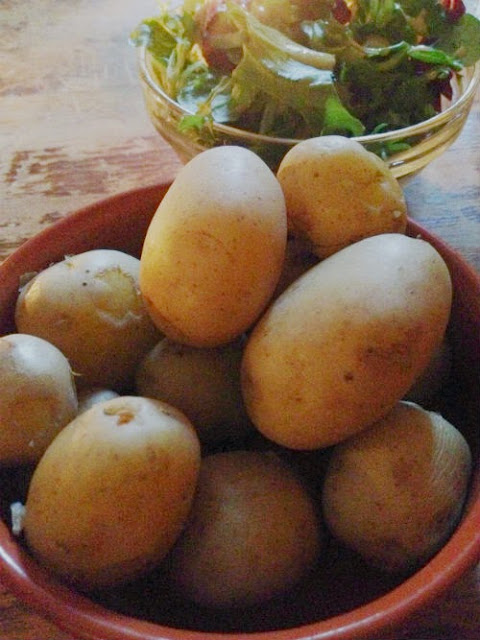 The food as well as the wine went down very well. We did realise that having fondue requires a certain level of dipping skills, but we did alright and only lost a few pieces of bread in the cheesy goo. 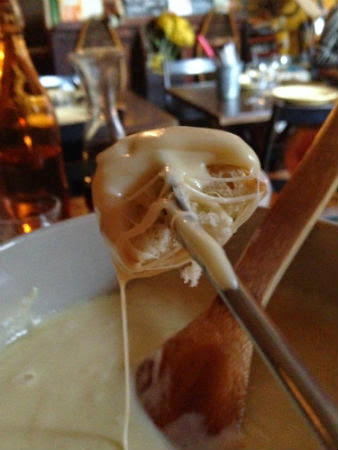 Unfortunately we didn't have any room left for desserts, but were treated to a shot of limoncello on the house. Of course it wouldv'e been rude to turn those down. 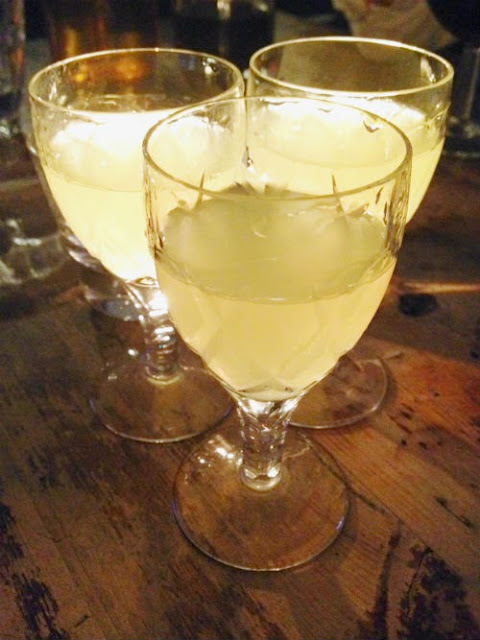