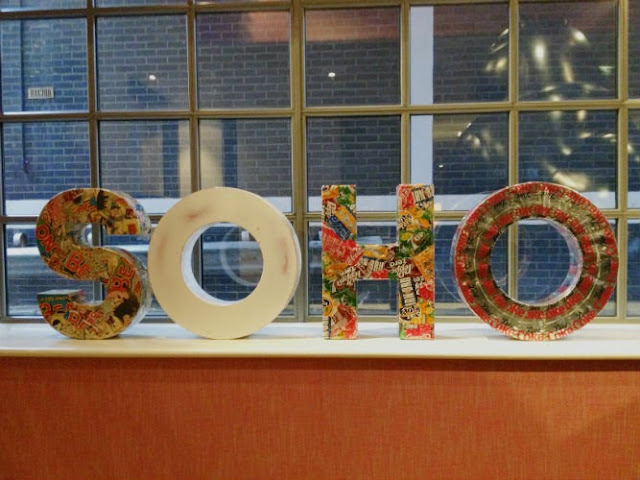 Even though I worked in Soho for four years, I never really noticed the Soho Hotel. It's kind of tucked away in a little alley off Dean Street and looks a bit industrial from the outside. Till today when I had afternoon tea at Soho Hotel's restaurant to celebrate a friend's 40th. 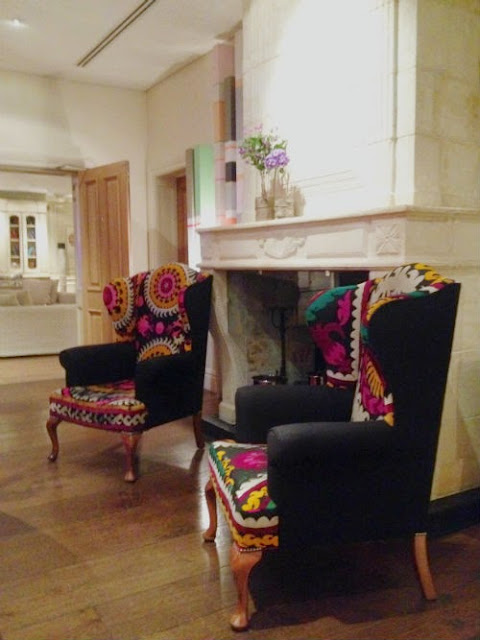 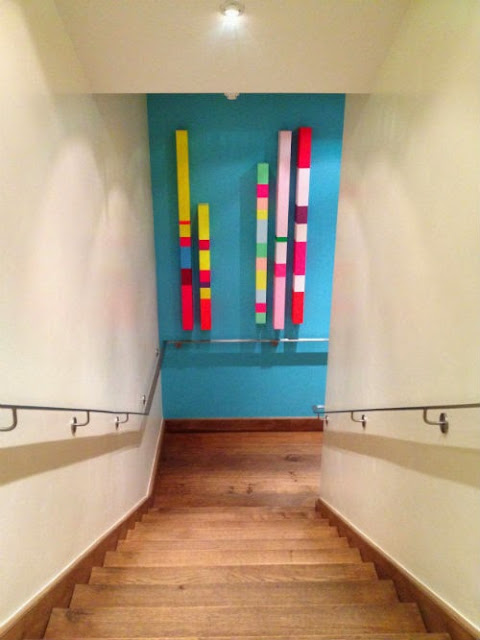 And what a pleasant surprise it was. The afternoon tea was lovely, but nothing that was out of the ordinary. It was the hotel's fun and cheery decor that took my fancy. As you walk into the lobby, the first thing you see is a giant cat overlooking the coming and going of guests and hotel staff. The rest of the decor is just as cheery and fun. It's a mixture of over-sized furniture, wacky details and bold colours. 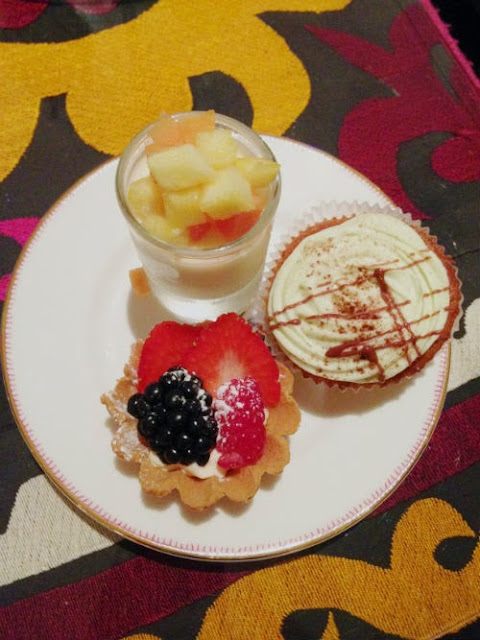 As there were a good few of us, we were seated in a private room. It was an effortlessly stylish library room with enormous sofas and lazy chairs, those that you can't get out of once you sat down. Massive candles were lit inside the traditional fireplace and a silver statue of a boy on a sled sat on a side table behind one of the sofas. There were enormous aboriginal pipes were perched against the wall in the corner of the room. They kind of looked like giant didgeridoos, but you'd need a very big mouth to be able to play them. A funky ladder with blue lit up rungs was leaning against bookcases filled with hundreds of very old looking books. The overall colour scheme was a demure beige, but there were bold splashes of pinks, yellows and purples in the lampshades, cushions and table cloths. 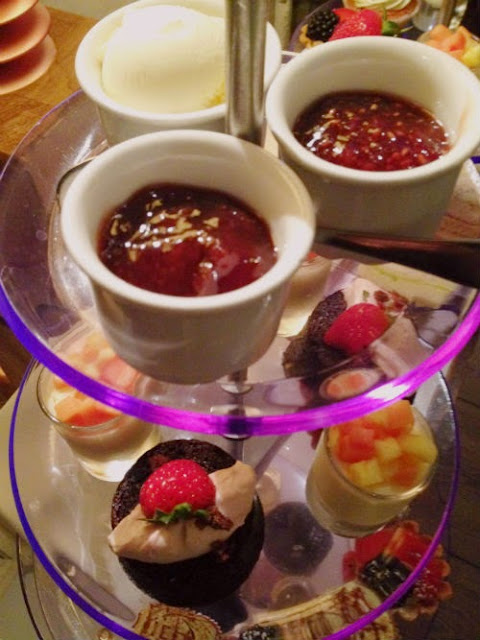 We had the traditional afternoon tea with a glass of champagne. We had a choice of three teas; English breakfast, Early Grey and chamomile flower tea. The trays were filled with finger sandwiches, scones and sweet pastries that were just as colourful as its surroundings. I had a strawberry and blackberry fruit tart, a chocolate cake, a papaya and pineapple panacotta and a banana cake. 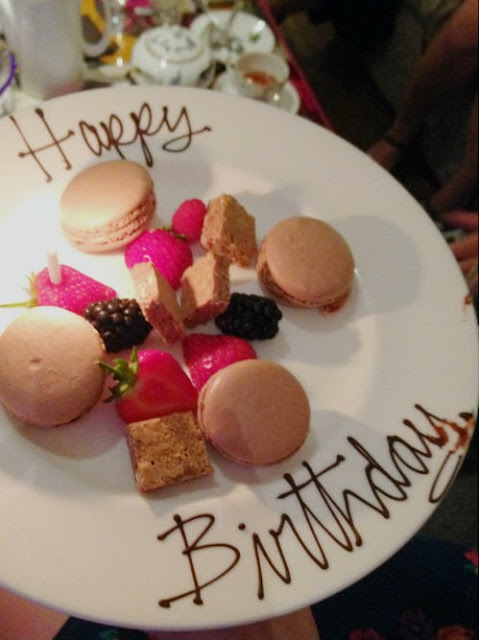 The Soho Hotel is one of those places that instantly put you in a good mood when you walk in the door. Of course having lots of yummie cakes and a couple of glasses of champagne might have had a part in that as well.