In my London Eats World blog series, I'm eating my way around the world without leaving London and this week it's Portuguese food at Canela.

I'm a Portuguese food virgin and all I'd ever heard of was piri-piri chicken. Not wanting to go to Nando's for this blog series, I opted for something a bit more upscale. Canela in Covent Garden is a recently refurbished Portuguese wine and tapas bar, with a homey interior and uber friendly staff. 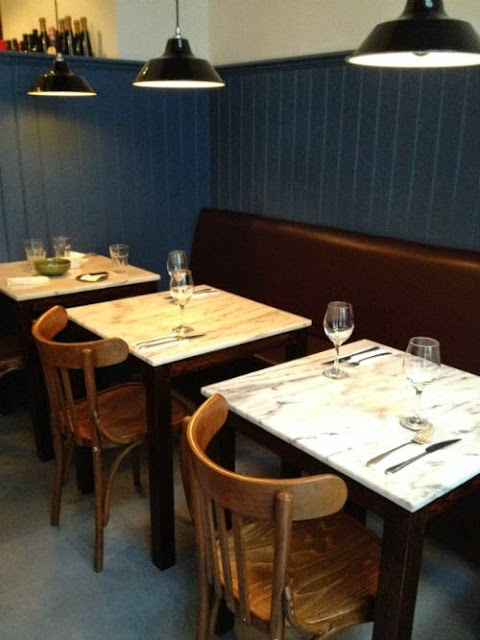 We walked in without a reservation on a Friday night and were seated straight away. After studying the menu with a variety of Portuguese wines and Brazilian and Portuguese tapas dishes for about ten minutes, we still weren't able to choose between all the delicious sounding food, so we called the waiter over for some help. 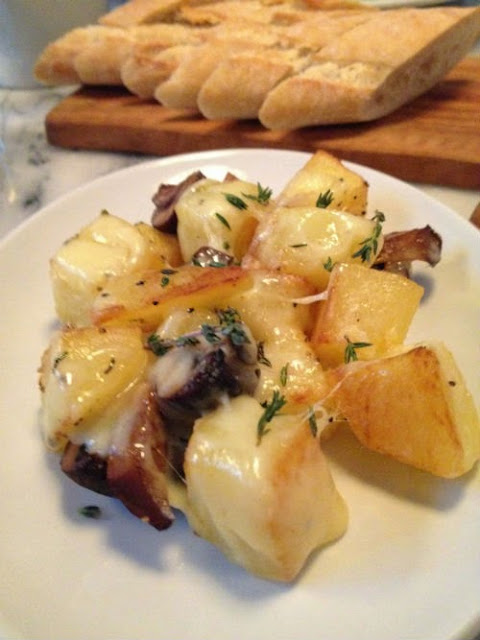 He suggested a glass of the Arca Nova 2013, which set me back a whopping £6.90, but was very fruity. As for the food I went with a couple of tapas dishes (which were not overly cheap either). I opted for the potatoes with mushrooms and cheese and a the chorizo with sherry sauce sherry. The food reminded me a lot of Spanish tapas, but hey, they are neighbours afterall. My friend opted for a grilled chicken Portuguese style which came with a green salad which tasted equally good. 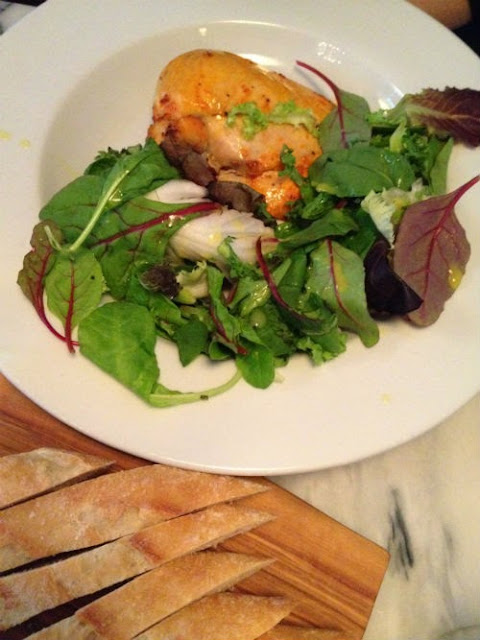 When our waiter showed us the desserts at the bar, we desperately tried to resist, but lost the battle.  I opted for the mascarpone and rhubarb dessert that came in a little jar. It was delicious and slightly lighter than the extremely chocolatey ball my friend chose. 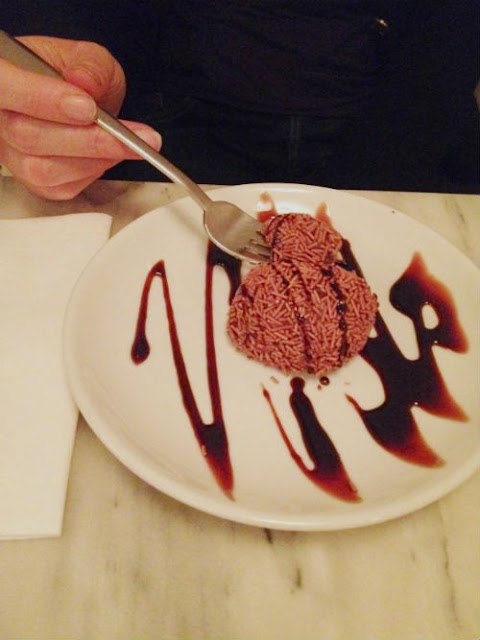 Overall, the food at Canela was tasty, the Portuguese wine fruity and our waiter was extremely helpful. Our evening was a very pleasant one, albeit a slightly pricey one.

You can find Canela in Covent Garden on Earlham Street, just off Seven Dials.