My culinary world tour through London brought me to Leytonestone last week, where I indulged in some Romanian fare.

It took my friend and me about the same time to get there as it would to fly to Bucharest, but I'd say it was worth the experience. As it happens Leytonestone is home to two Romanian restaurants, but we opted for the one called Amurg. I forgot to ask what it meant, but Google Translate tells me it means 'twilight'. That might explain the tinted windows which at first glance made us think the place was closed. However, when we saw two guys sitting at a table near the window, we realised that it was actually open for business. 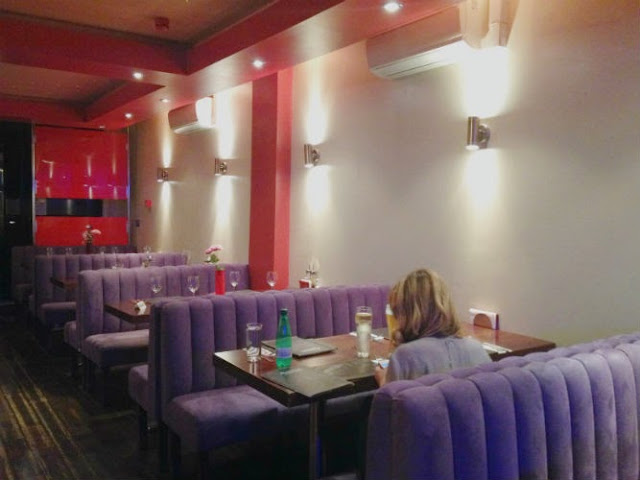 As we opened the door it was as if we stepped out of the Tardis and into the 80s. Tables balancing on chrome legs and velvet, purple banquettes were positioned against red walls. Behind the equally red drinks bar was a blue waterfall that for some reason was very mesmerising.


Besides the two guys by the window, there weren't many eaters, but almost all tables had a reserved sign. The friendly waitress pointed us to a table that was free and handed us our menus. Of course, having never been to Romania, we needed her help. She recommended the Sarmaluțe cu mamaliguța, which were cabbage leaves stuffed with minced pork, lamb and veal. On the side was an enormous portion of polenta. My friend opted for the pork sausages with home made potatoes. (Sorry, I forgot to write down the Romanian name of her dish). Both were very tasty, yet very very filling, although that seems to be the case so far for all Eastern-European nosh. 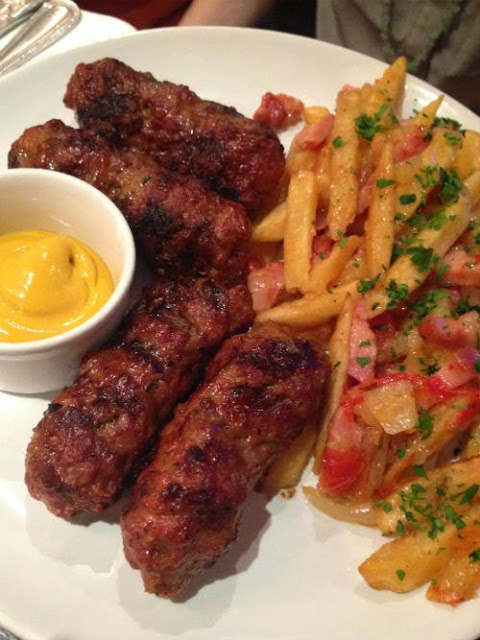 I managed to leave some room for dessert as I had spotted something on the menu I was dying to try out: Pancakes with sweet cheese. It was as intriguing as it sounded, but after a few bites I really loved it. The cheese the pancake was filled with, was like a mixture of cottage cheese and quark cheese. 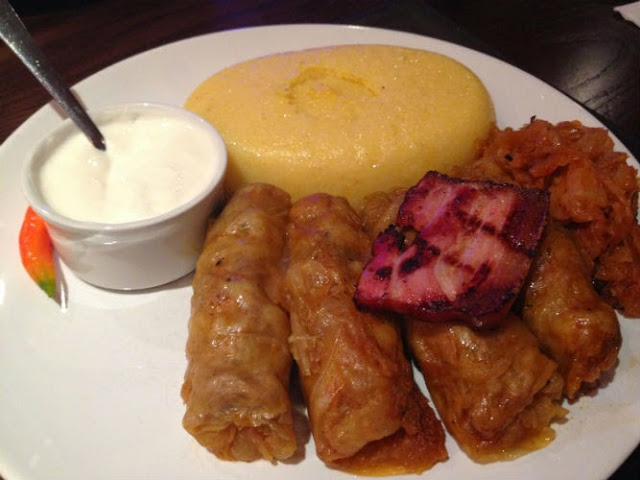 Walking back to the tube, I realised that it was actually a good thing that we had to make the hour and then some trek back to South West London; all those calories consumed had been burnt off again by the time I got home. If only I'd taken a doggie bag. 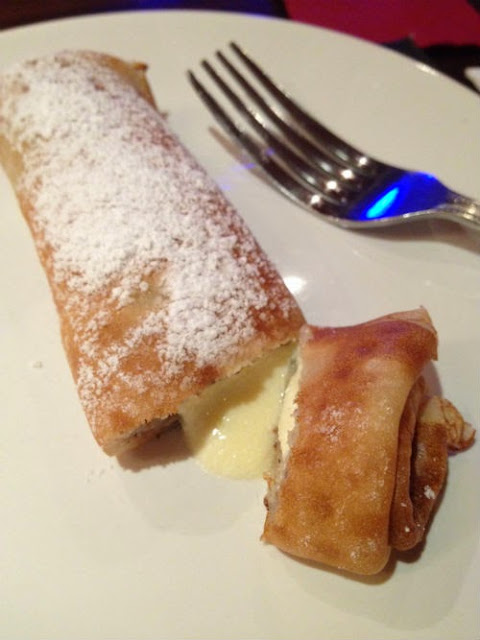