A Walk Through Rotterdam 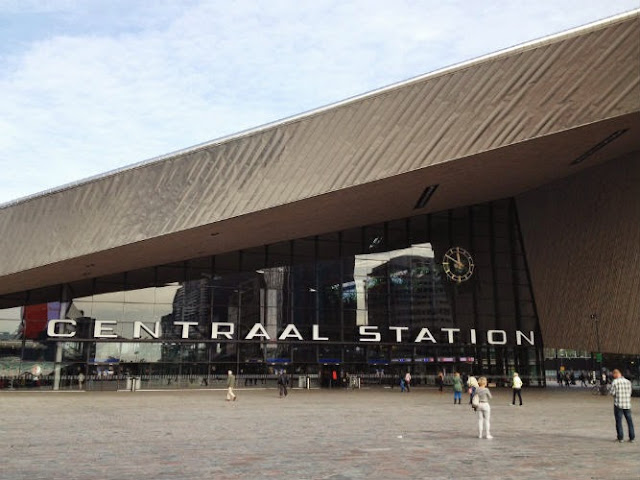 I always thought Rotterdam was a bit, well, ugly. Until last weekend when I went on a walk through Rotterdam with my mum. 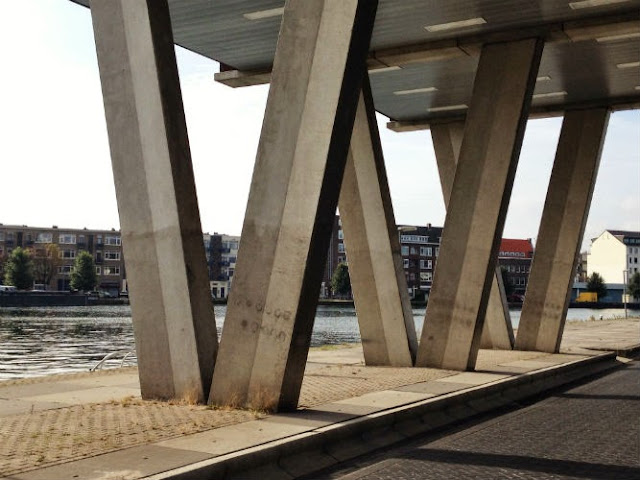 Rotterdam is also know as Manhattan by the Maas and it does have one of those skylines you normally associate with cities like New York. During the Second World War Rotterdam got pretty much flattened and the result was that many neighborhoods needed be rebuilt. It's a city with loads of modern buildings and high-rise buildings and funny looking buildings. But I didn't know that among those, there are still some really pretty historic buildings and lovely neighborhoods dotted around the city. 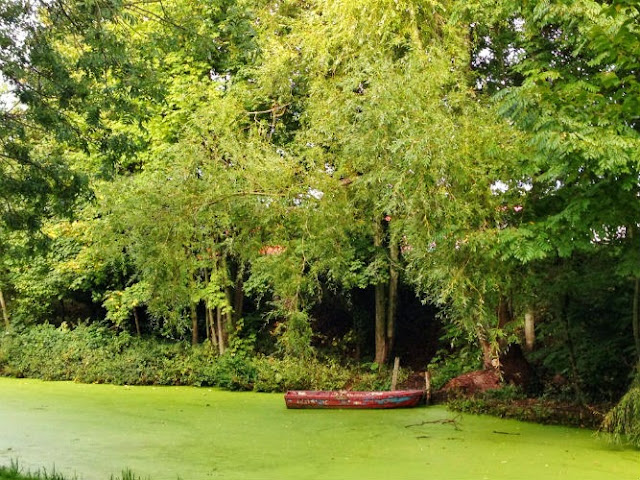 My mum and I started our walk at the recently renovated Rotterdam Central Station. With it's pointy and spacey looking facade, it's quite a sight in itself.
As we turned into a side street off the busy main road leading to the station, it was as if we'd stepped into an oasis of silence. The contrast was incredible: suddenly we found ourselves in a quiet residential street that ran parallel to a canal, lined with weeping willows.
We turned into another canal called the Heemraadsingel. It's obvious that this tranquil street used to be inhabited by the wealthy and there are some stunning Art Nouveau buildings here as well. 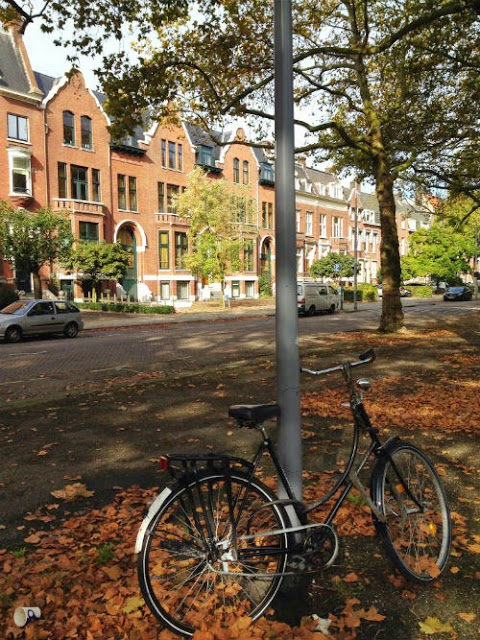 We walked on and seemed to encounter harbour after harbour. I knew Rotterdam is a big port town, but it was surprising to see so many inner harbours. Many of them such as the Delfsthaven, Coolhaven, the St Jobshaven and Parkhaven are more residential than industrial. 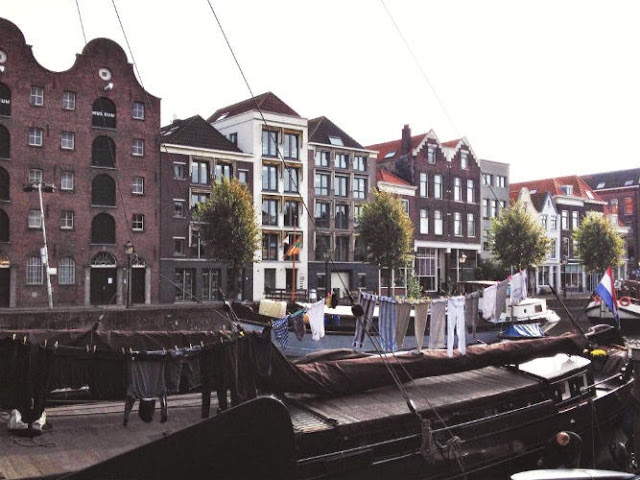 We went on through the park next to the Euromast and took a break at a cafe called De Ballentent. After lunch we took the tiny ferry from Veerhaven across the Nieuwe Maas river to Hotel New York which used to be the departure point for the Holland-America Line. 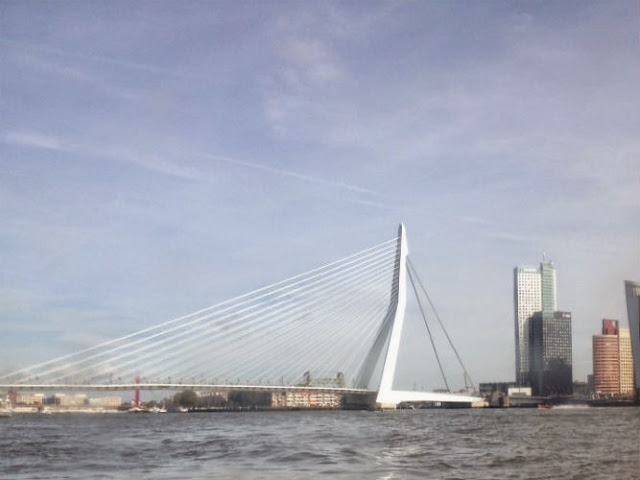 We continued along the quay all the way to the Willemsbrug or William Bridge passing its younger brother the Erasmus Bridge. Crossing it we took in the humbling views of Rotterdam's skyline, before it disappeared from sight on the other side where we found the cosy Oudehaven filled with lively cafes and restaurants, overlooked by the iconic cube houses. 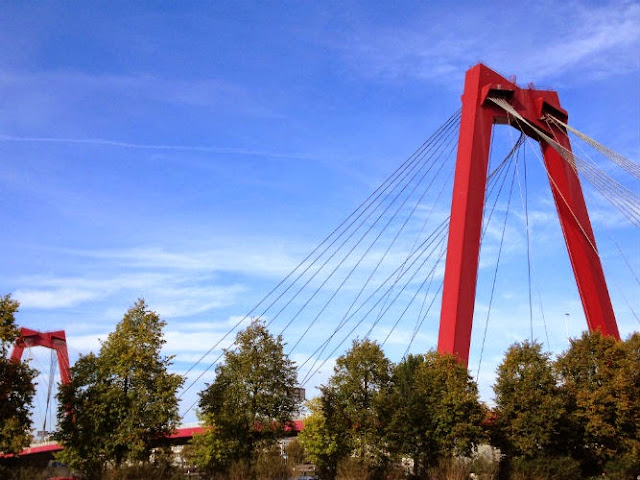 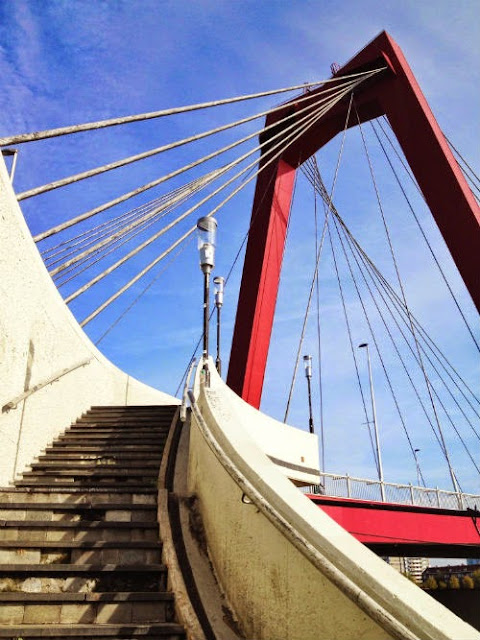 We continued on to the Wijnhaven and decided that we very much deserved a glass of wine after this walk through Rotterdam. A walk full of surprises. 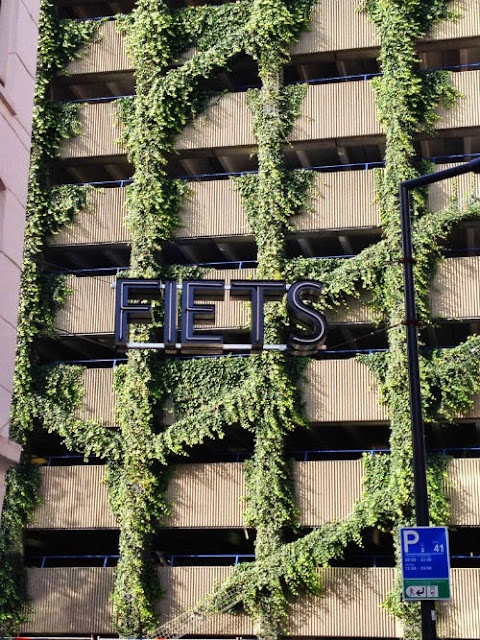