Halloween night is spooky as it is, but I made it even spookier by going on a Ghost Tour in Old Quebec organised by Ghost Tours of Quebec. 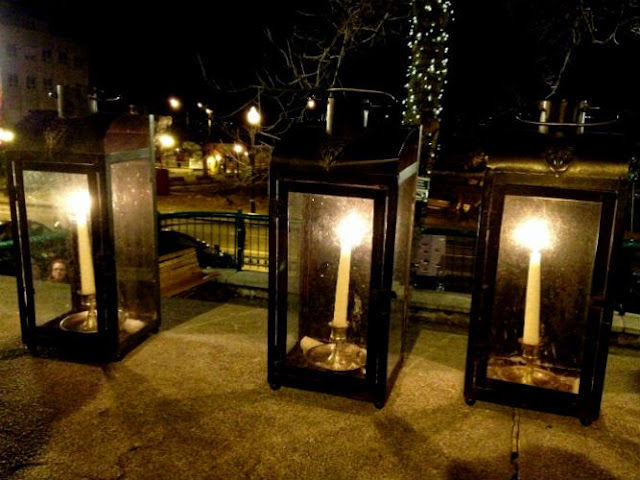 It wasn't hard to spot our guide who was waiting for us on Rue du Petit Champlain, a little cobblestoned street in the heart of Lower Old Quebec. Donning a 18th century style cloak and hat and holding a candle-lit lantern, he was hard to miss. 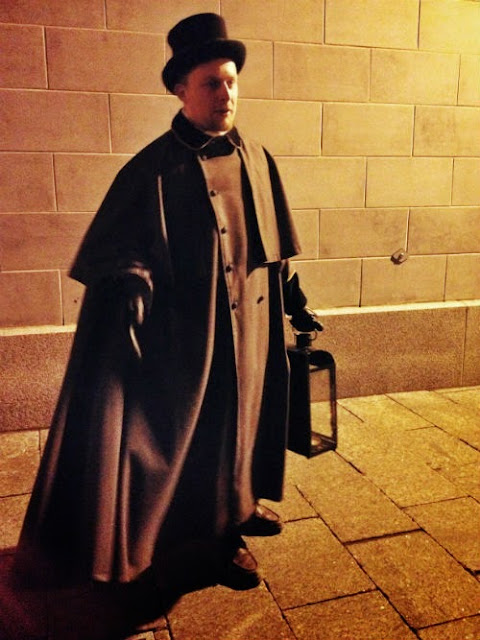 William Le Black, as he introduced himself, guided us around narrow streets and alleys of the historic town while creeping us out with spine-chilling stories about former Quebecois. There was the story of Jean Rattier, a convict turned executioner who brought the concept of 'bring your wife to work day' to a whole new level. We shivered at the story of Captain Kendall who was responsible for the arrest of murderer Dr Hawley Harvey Crippen. Upon his arrest Crippen allegedly screamed that the Captain would pay. And he did. Under his command his ship the Empress of Ireland sank deep into the cold waters of the St Lawrence River at the very spot Crippen cursed the captain who had to live with the guilt of leading 1012 people to their death. 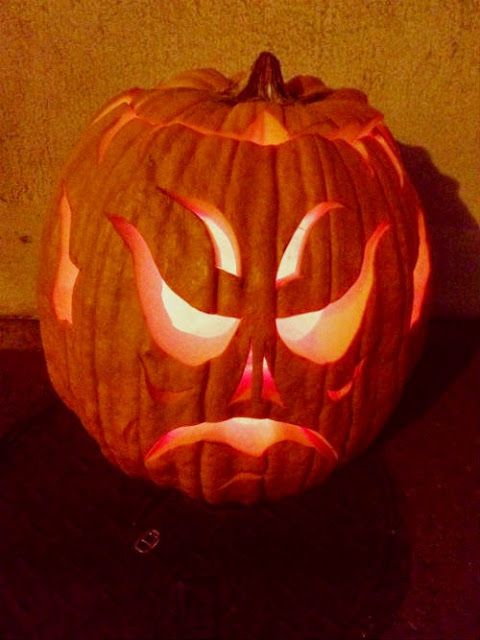 Our blood curdled while listening to William tell us the story of Marie Corriveau who, after killing a couple of husbands, was hanged from a tree in a metal cage and left to die. Apparently she still haunts the forest, wearing nothing but cloth and bones. 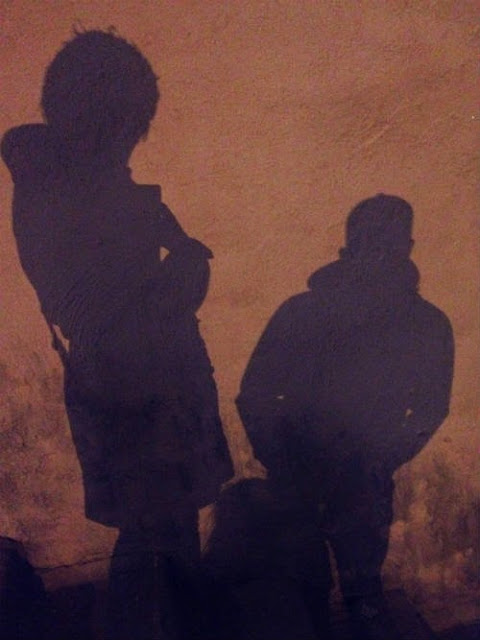 Our last stop on the tour was the Church of the Holy Trinity, the most haunted location in Old Quebec. William led us inside the dark church and asked us to sit in the pews, before telling us of the narcoleptic lady who was thought to be dead by the villagers and buried her alive. She was most likely buried in the church and is still seen sometimes watching down from the walkways above. 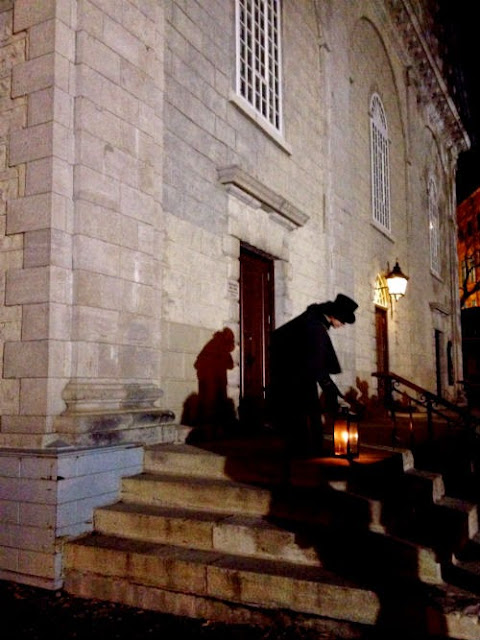 As this was the last stop on the tour, I crossed the street to walk back to my hotel Chateau Frontenac. There was another Halloween tour group halting on the square in front of the hotel. In passing by I overheard the guide tell a story about Louis de Buade, a 17th Century governor whose spirit is sometimes seen walking down the hallways of the hotel or in the rooms staring at sleeping guests. I haven't seen him yet, but I did sleep with the light on last night. You never know.

I was invited by Tourism Quebec on the Ghost Tours of Quebec. If you'd like to go on one of their tours, you can find more information on their website.