I'm eating my way around the world and this week I took some of my friends for Lebanese food at Beirut Express in South Kensington. It was recommended by my friend's Lebanese acquaintance, so I figured it couldn't get more authentic than that. 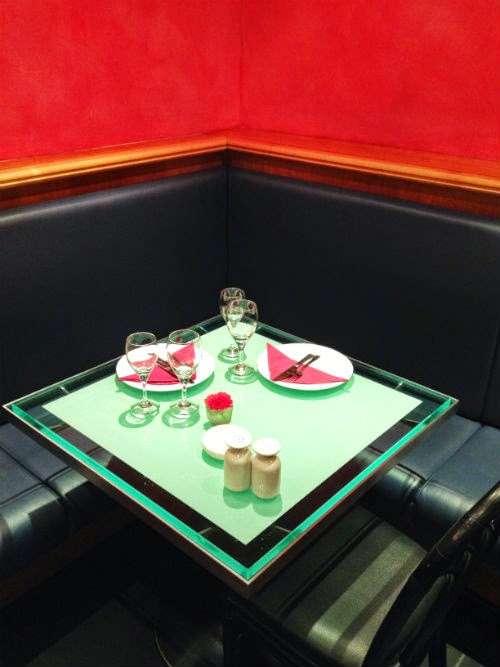 Beirut Express has a counter for people who prefer a quick bite to eat, but there are also tables out in the back for those who want something a bit more elaborate. There were four of us so we sat at one of the tables in the colourful back room.

As per usual on this culinary world trip through London, we felt a bit overwhelmed by the choices and unfamiliar sounding names of the dishes on the menu, so our waiter suggested we go for the mezze for four. At GBP 110 it's a pretty good deal as it comes with a bottle of wine and dessert and what seemed like a never ending off-loading of food. 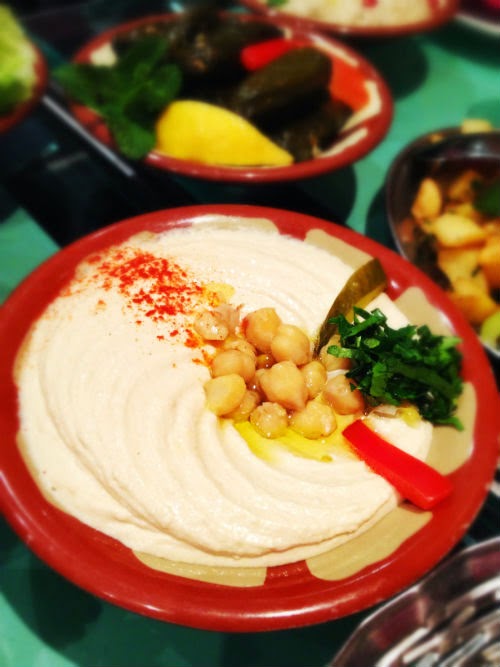 The first dishes to come out was a bowl of hummus, a tabouleh salad with lots of parsley, vine leaves and a dish of lemony olives. There was lots of pitta bread with a bowl of aubergine dip called moutabal and a spicy potato dish. 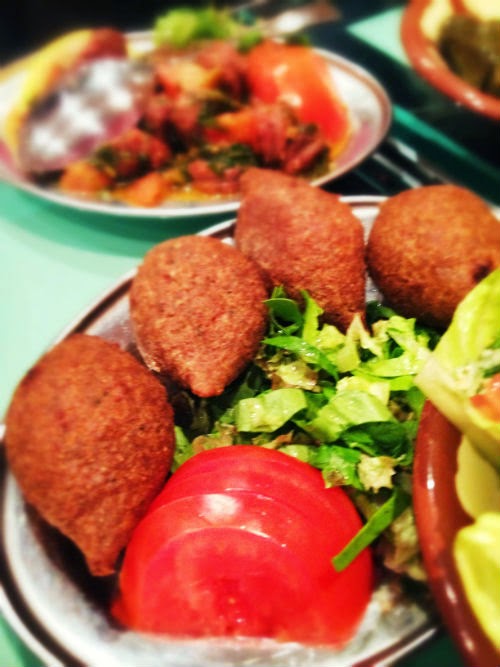 Then the waitress brought us more food. She had a plate full of kibbeh, which are fried lamb meat balls with pine nuts. There were chicken wings, spicy Lebanese sausages and crispy falafel balls. There was so much food and I was just about to call it an evening, when the waitress showed up carrying an extremely large plate with grilled meat. There were skewered lamb sausages, chicken and some lovely kebab meat folded between two slices of pitta bread.
I guess we should've read the menu a bit better, but we made an effort to at least taste a few bits of this extravagant dish. The rest went in a carefully packaged doggy bag which I took to work the next day. 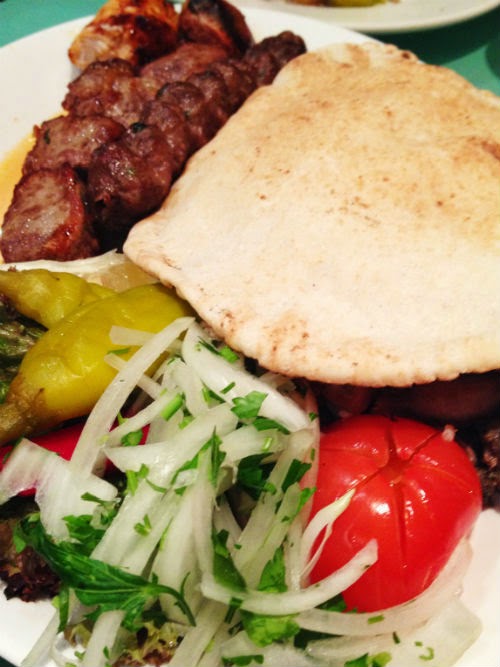 Dessert consisted of some slices of melon and oranges and rock hard plum. Just the type of dessert one needs after a substantial meal like this one.

Beirut Express has two restaurants in London. Have a look at their website to see where you can find them.