I'm eating my way around the world without leaving London and this week I found a Macedonian place called Vardar. It was a bit tricky to find as I'd found two different addresses in Acton, which resulted in me cycling up and down the high street about 6 times. But I found it. 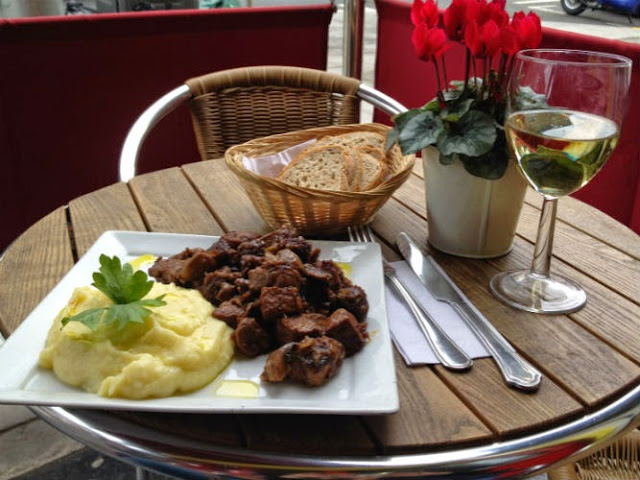 To be entirely honest, I'm really looking forward to trying out some of the more common kitchens of the world again. This place was just as random as the last couple of Balkan restaurants I found in London. The restaurant's front looked very colourful with its red and yellow signage, but the inside was very sober and plain. When I walked all heads turned towards the door and I could see they were wondering what in the world this Dutch woman was doing here.
I decided to sit outside on the terrace overlooking the picturesque Acton High Street. The waitress who took my order was really friendly and recommended the traditional Macedonian dish. I don't think the dish had an actual name, it was just that, traditional. 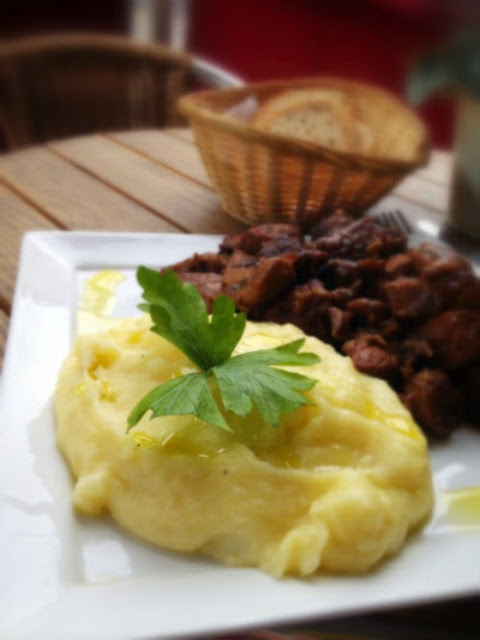 It wasn't bad, but not great either. I can only describe it as a brown stew that contained chicken cubes, meatballs and pork bits. It tasted nice, albeit a bit on the salty side and the freshness was debatable.  It was accompanied by a glob of mash that tasted much like the one I got from Sainsbury's the other day. The Finest one, that is. 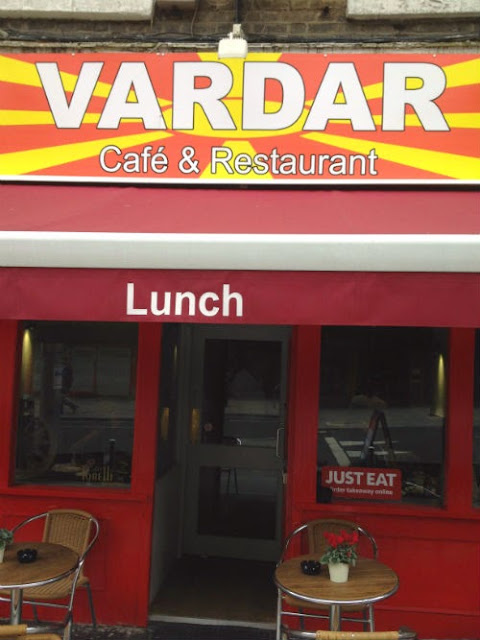 In all, it was a bit of a weird experience. I truly felt I was having lunch in a foreign country. And if that's the type of authenticity you're after, then you should definitely check out Vardar in Acton.