In Montreal summers can be scorching and winters are freezing, so the people of Montreal have come up with something brilliant to deal with the extreme weather conditions and built an underground city called RESO. This underground network, which is what it means, is one of the largest of underground complexes in the world. It can get a bit confusing down there, so I decided to have a guide take me around the tunnel system, that measures 32km in length. 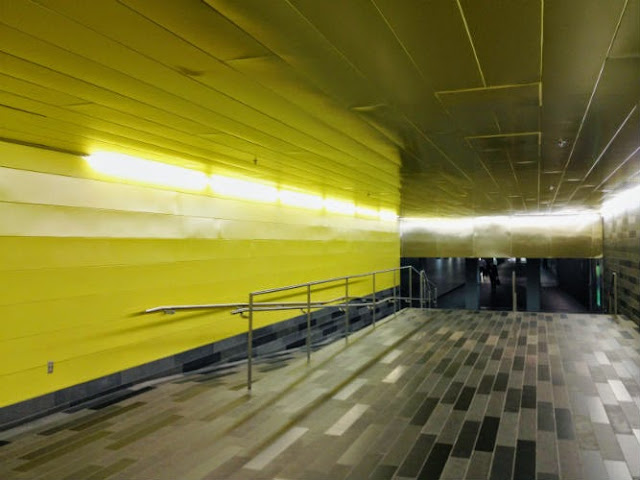 My personal guide, Danny, picked me up in my hotel in Old Montreal and took me took me through the complex system of tunnels which he seemed to know like the back of his hand. We walked through many a tunnel; short ones, long ones, some ugly, others architecturally pleasing. we passed some impressive atriums of office and bank buildings, walked through the biggest conference centre in Montreal, some shopping malls, hotel lobbies and even a couple of metro, train and  bus stations. 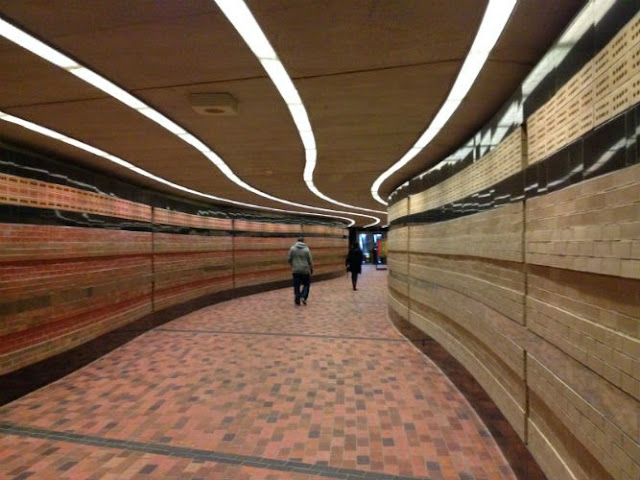 When we came up for air a few times, I felt almost surprised to see that there's actually a real city above ground as well. 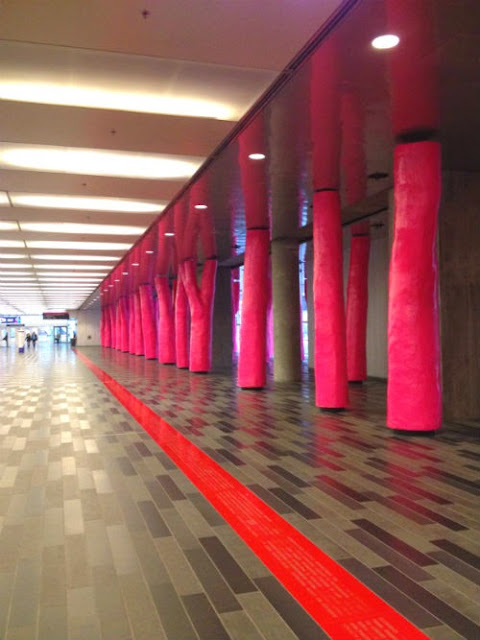 The most astonishing part of the network must be the shopping centre below Christchurch Cathedral. In the 80s the city of Montreal decided that the Eaton Centre and The Bay, the Debenham and John Lewis of Canada, needed to be connected. Standing between them was Christchurch Cathedral and during a period of around ten years, the cathedral was teetering on stilts while an underground shopping mall was being excavated underneath. When you walk around the bowels of the church, you can see the support pillars interspersed with clothing shops. Quite impressive, if you ask me. 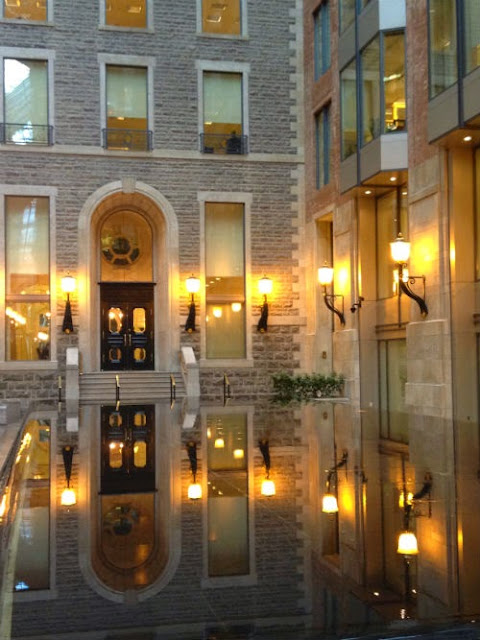 I think it's a brilliant way of coping with dodgy weather and I really really wish we had something similar in London, especially on a rainy day like today.
My guide was provided to me by Tourism Montreal. If you want to discover the RESO network of Montreal as well, there are loads of companies that offer walking tours through the city. Check out Urban Marmotte or Guidatour.