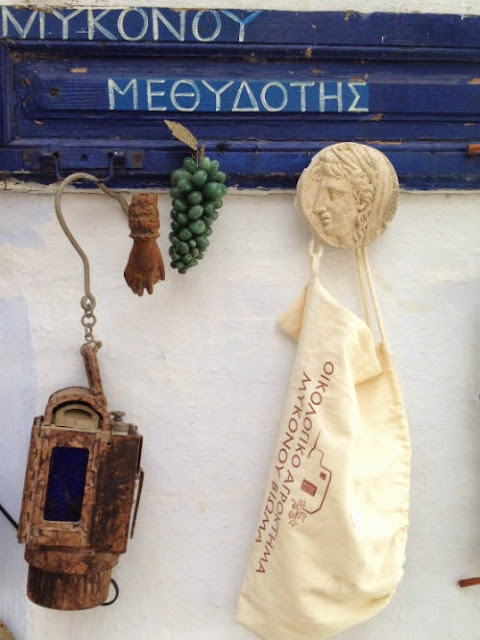 I'm always on the lookout for quirky things to do when travelling and when I was in Mykonos a few weeks ago, I found a flyer for an organic farm called Vioma organising bike tours and wine tastings. Of course I had to check it out. 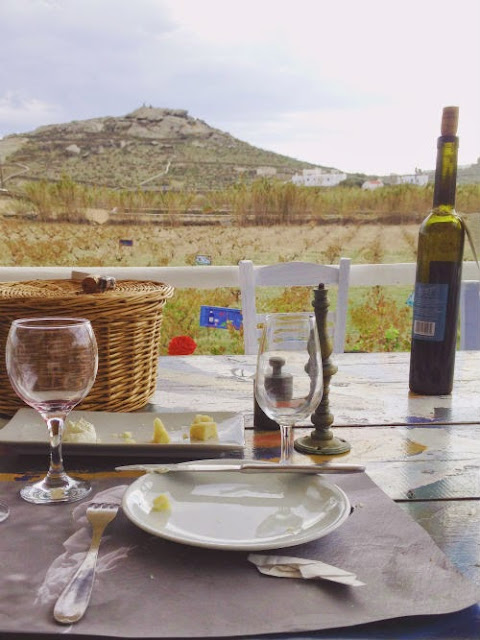 I emailed to see if they were still open as the summer season was winding down, and lucky me, I was invited to come down for a wine tasting. 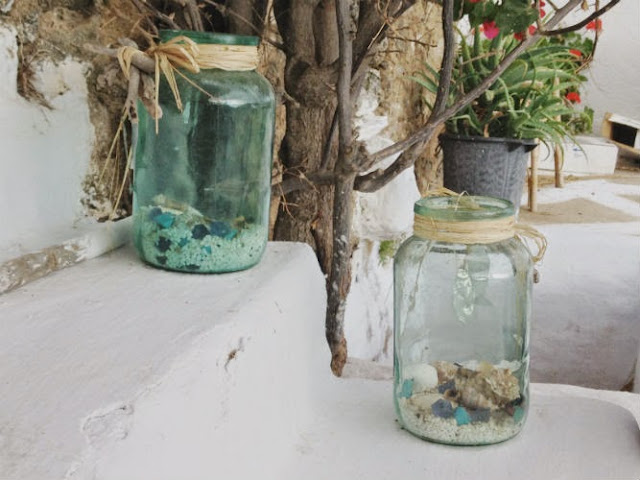 I took the public bus to Eno Mera which is located in the centre of Mykonos island. Once in Ano Mera I was picked up by the owner of the farm. He didn't speak much English, but luckily his daughter Dimitra, who was waiting for me at the farm, did.

While telling me a little bit of the about the Vioma farm, she set the table. The farm has been producing organic wine for the last 20 years, when Nikos turned his back on Athens city life and went back to his home land in Mykonos. The farm only produces everything organically. There are no pesticides used at all. In fact they use sheep to get rid of wild greens and their poo is used as manure. They also grow other produce in their vegetable garden and have a few beehives that produce sweet honey. Besides sheep and bees there are a few friendly dogs and cats and even chickens and a donkey that live on the farm. 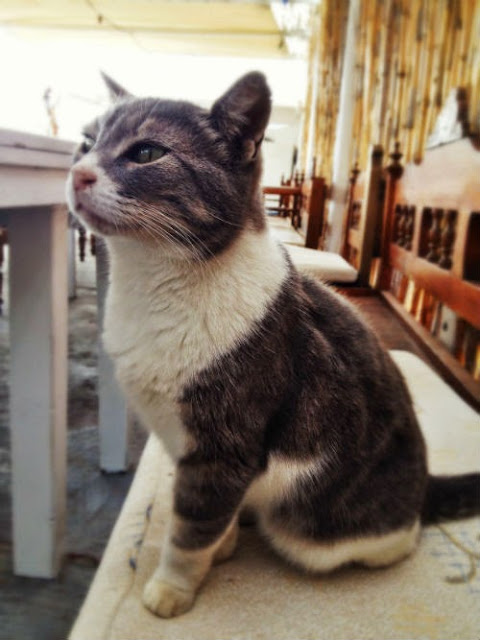 Since last summer, Dimitra has started organising bike tours around the countryside of Mykonos which really show visitors another side of the island which has a reputation for fun in the sun and beach parties. 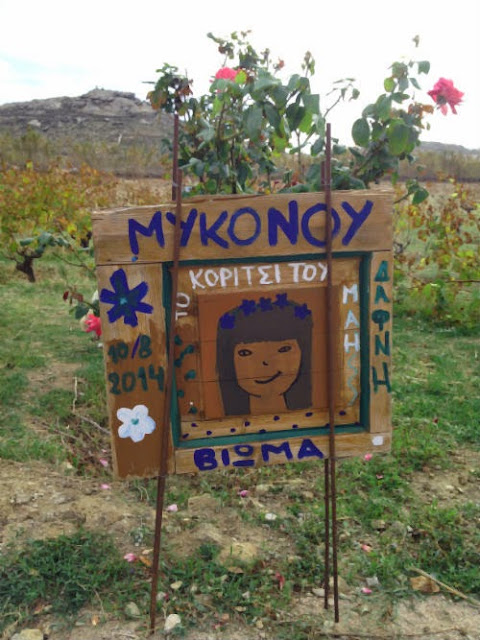 If that's a bit too active for you, you can have a taste of the farm's produce. Which is what I did. Looking out onto the farm's vineyard and fending off the dogs and the cat, I sipped on three wines; A white wine and a red and lastly a sweet, port-like red wine. The wines were paired with quite a spread of local kopanisti cheese and parmegiano like cheese, olives from the farm, tomatoes and eggs from Vioma chickens. 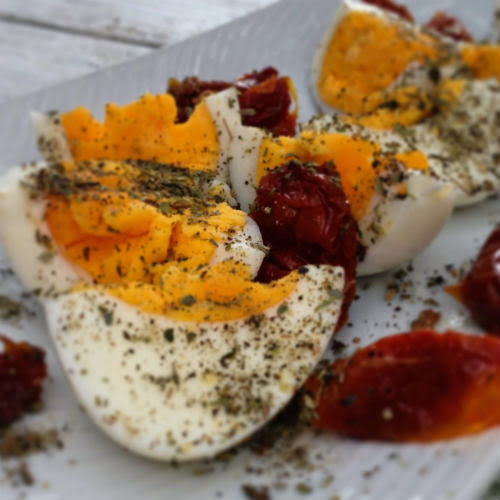 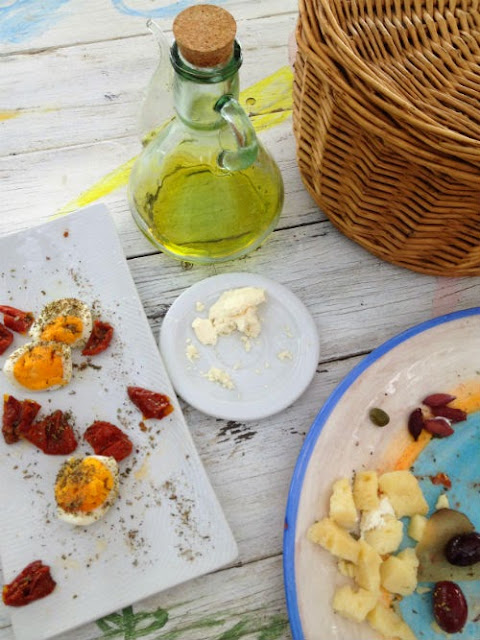 It was such a tranquil location with just the tones of classical music and the braying of the donkey behind me, filling the air. I was beginning to see why Dimitra and her dad had turned their back on city life. Reluctant as I was, I had to say goodbye to the both of them and the farm and, and of course, to my newly made friends the dogs and the cat. 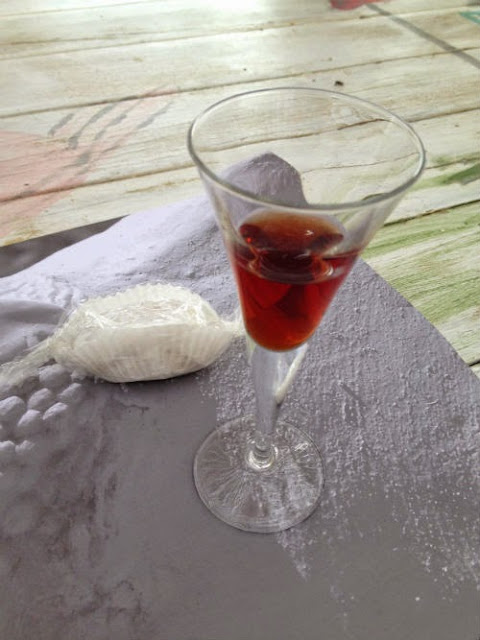