A Floating Book Shop in London


Not unlike Amsterdam's canals, London's waterways and rivers are filled with barges, among other things. There is one barge in particular that I thought was worth a visit; the floating book shop in London or Word on the Water as it's officially called. 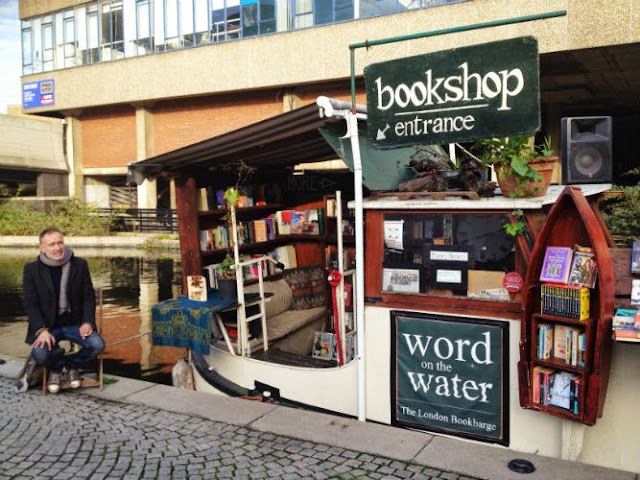 Word on the Water is an initiative of a guy called Paddy Screech who started his floating book shop to take on the overflow of books that the general public donates to the Charity shops. Usually charity shops sell the books they can't sell to recycling companies for 6p who then shred the books. Word on the Water actually pays full price to the charity shops and then sells them cheaply on the barge, making lots of Londoners happy with these salvaged books. Two birds in one stone really. 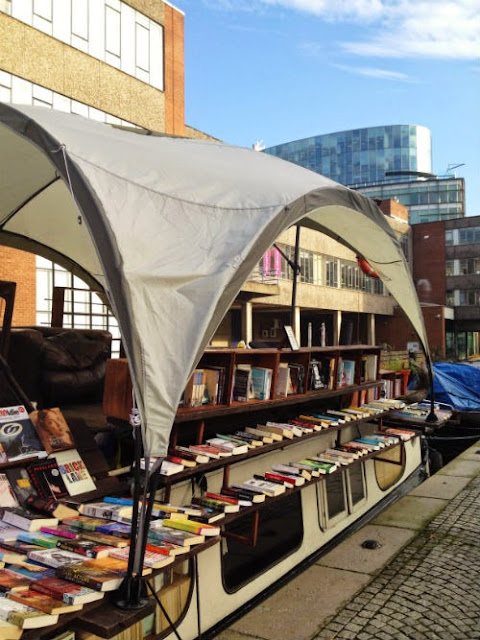 Besides selling books, Word on the Water also puts on ad hoc music performances, book readings and book launches. The day I went there was a jazz band playing on top of the barge, which pulled in quite a crowd of passers-by. The barge also functions as Paddy's home who shares the space with his two cats, which makes it a very homey spot. Add to that a cup of hot mulled wine that he sells on cold winter days and it will make you  want to hang out for a while. 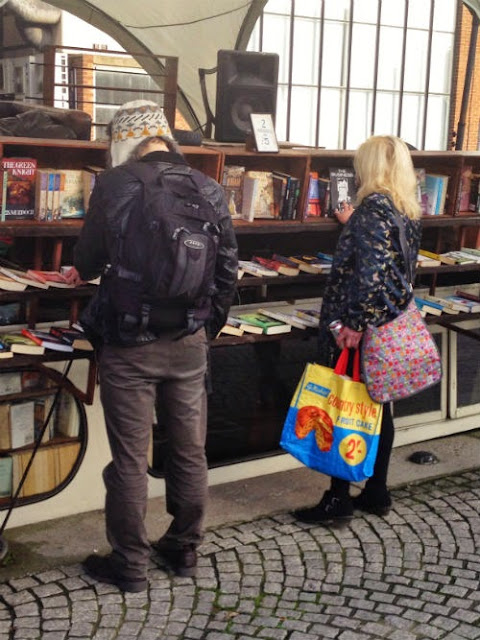