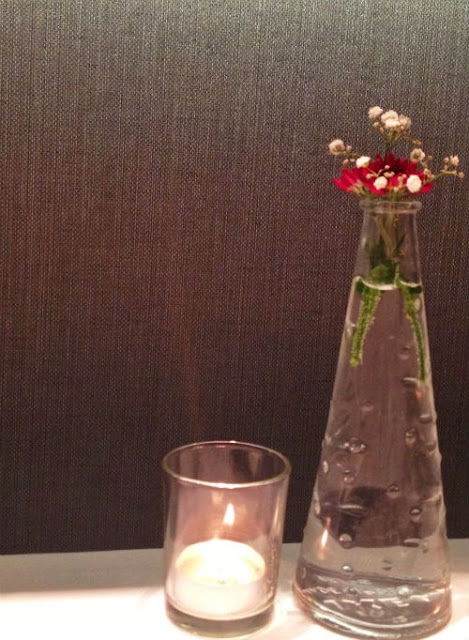 I'm eating around the world without leaving London and this week I was looking for Israeli food and ended up at Restaurant 1701. Okay technically it's Jewish food and not so much Israeli, but I figured for this blog this place would be awesome as it is located on the premises of a synagogue. And Restaurant 1701 is featured in the Michelin Guide, which made it the poshest restaurant I ate at for these blog series. 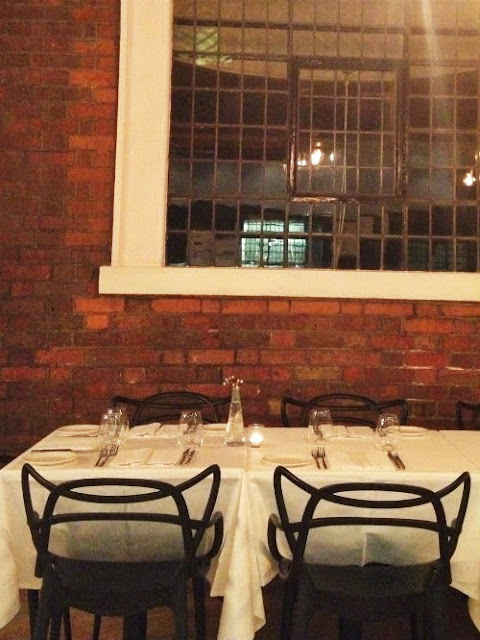 It was one of those restaurants with white table cloths and where the waiters pull out your chair and fold your napkin on your chair when you go to the loo. The food they serve at Restaurant 1701 is representative of different kosher cooking traditions from Jewish communities living all over the world. 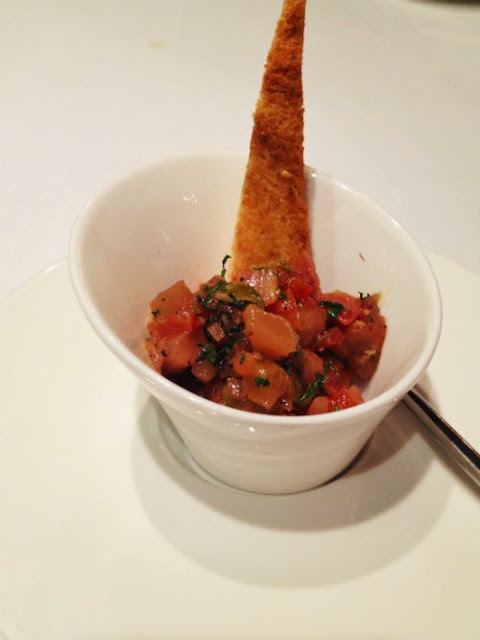 While we were looking at the menu and trying to decide what to have, we were treated with Mediterranean flat bread and olive oil for dipping. This was followed by an amuse-bouche of refreshing tomato salad. 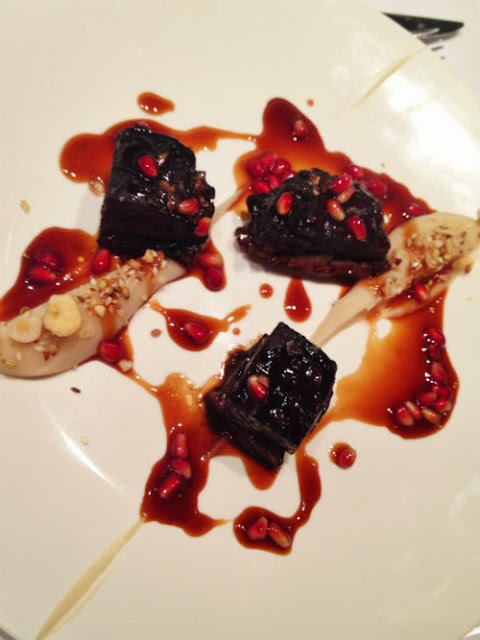 Finally we made our choice. We both went for flanken which were hay-smoked short ribs with a celeriac purée which was doused in a pomegranate jus with real pomegranate seeds.   The meat was so succulent and the puree and just really complemented it.

The portions were on the posh side as well so we still had room left for dessert. So we decided to share an apple dessert called apfel schallet.  It was an apple tart made of phyllo pastry which has a little scoop of cassis sorbet on the side and a blackberry on top. On the side there was a squirt of raisin purée which reminded me of apple syrup we eat on sandwiches in Holland. Lots of different flavours were dancing on my tongue. 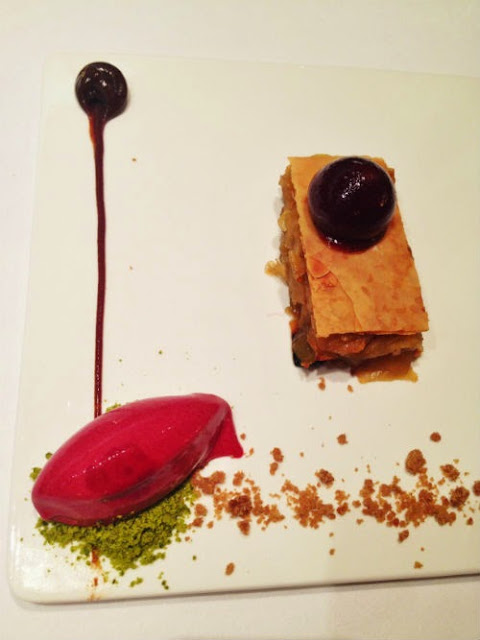 If you want to see what's for dinner at Restaurant 1701, have a look on their website. I can totally recommend it.