I'm eating around the world without leaving London and this week I had Tunisian food at La Goulette in Kilburn. Now Kilburn isn't exactly one of the most leafy and picturesque areas of London, so stepping into the cool and Mediterranean La Goulette felt a bit like stepping into an oasis. 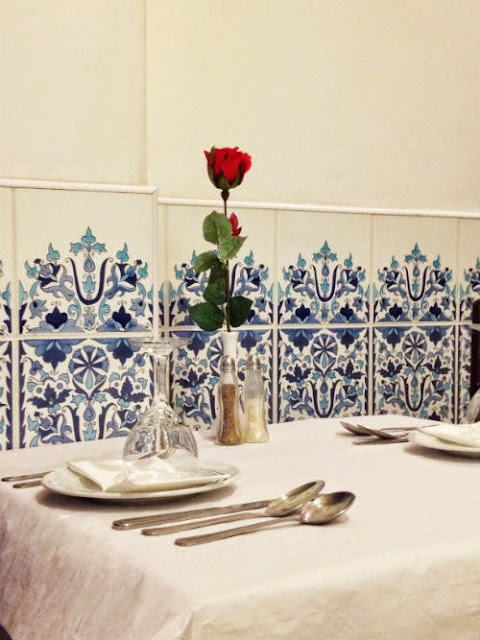 There are splashes of blue dotted around the whole place which kind of gives you that feeling of being in a seaside village at the Med. With a slighter lower temperature as the place wasn't exactly balmy. But that issue was quickly resolved and the owner gave us our own personal foot heater.

The menu consisted of dishes that sounded like many of the foods I've had from the other Middle-Eastern countries, so we let the owner choose his favourite dishes for us. While we waited for our food to arrive we nibbled on some delicious bread and a aubergine and tomato dip. 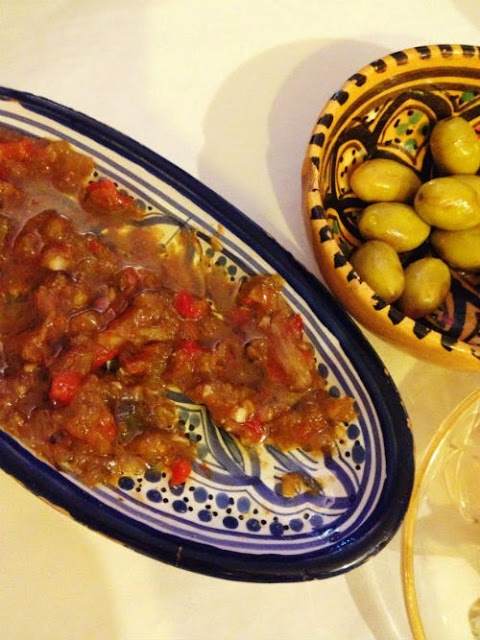 I went for a spicy meat ball and spinach dish with tomato sauce called Loubia Bel Kaaber. It had a soupy substance and it came with potatoes and white beans. 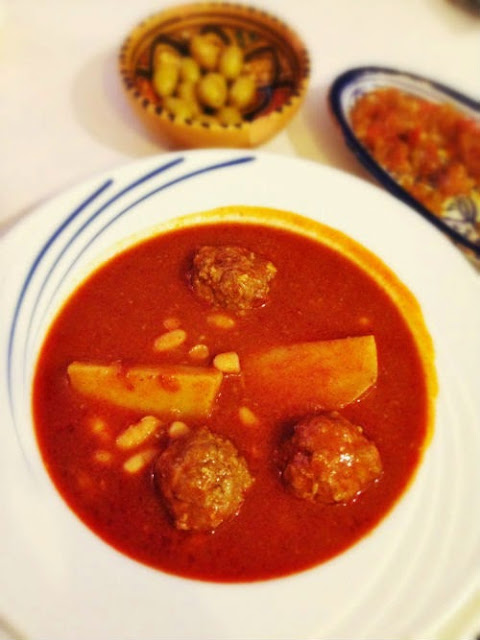 My friend went for a chicken kousha, which was a saffron flavoured dish with succulent chicken pieces, potatoes, bell peppers and onions, served in a clay hot. 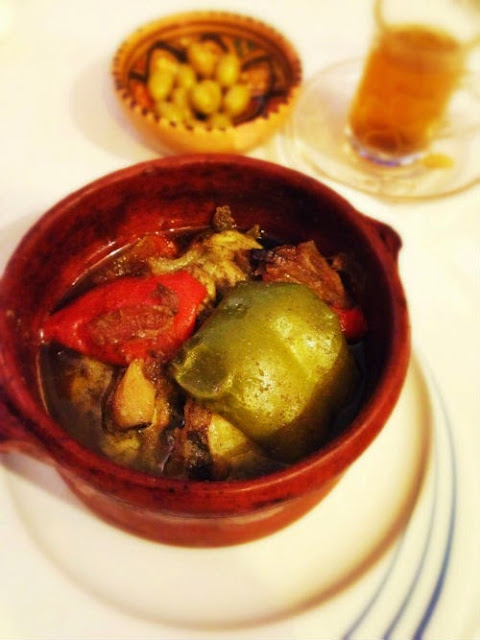 La Goulette does carry a liquor licence, but we opted for a refreshing mint tea which was particularly useful to cool off that ultra spicy dish of mine.

For dessert we were treated by the owner to rose shaped pastries doused in honey and sprinkled with sesame seeds. 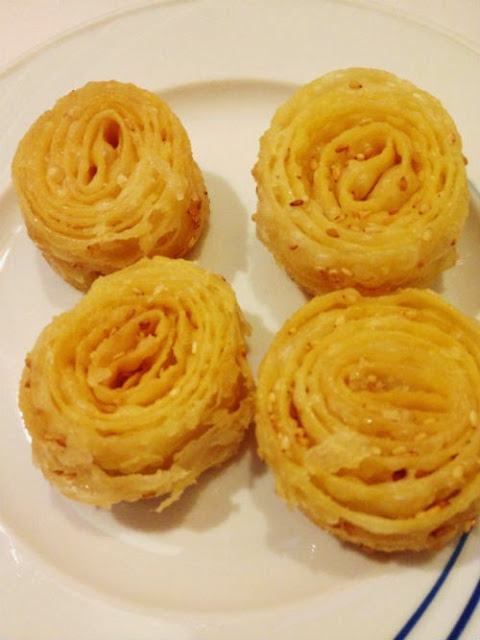 After our warm welcome and the great food at La Goulette, it was double hard to pour out into the streets of Kilburn again.