If you think bloggers have a lot of afternoon tea, it's because we do.

This afternoon the lovely Kelly from Around the World in 80 Pairs of Shoes, organised afternoon tea at the Browns Hotel in chichi Mayfair for the bloggers that join the bloggers link-up every month. 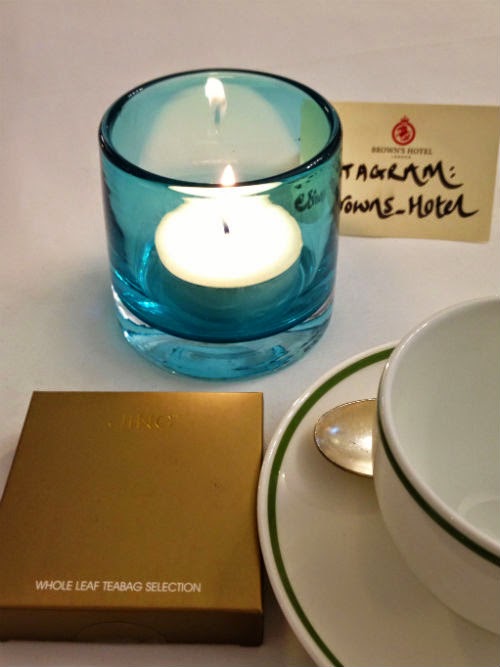 The Browns Hotel is a luxury hotel that's part of the Rocco Forte chain. The normally serve afternoon tea in the English Tea Room, but since there were 25 of us, we spent the afternoon in the plush Roosevelt Room.

I walked in and was handed a glass of Ruinart champagne, which for some reason seemed to mysteriously refill itself throughout the afternoon. Just the way I like it. Among the bloggers there were some new faces and some old and some that I have gotten to know pretty well on social media, but never met in real life. 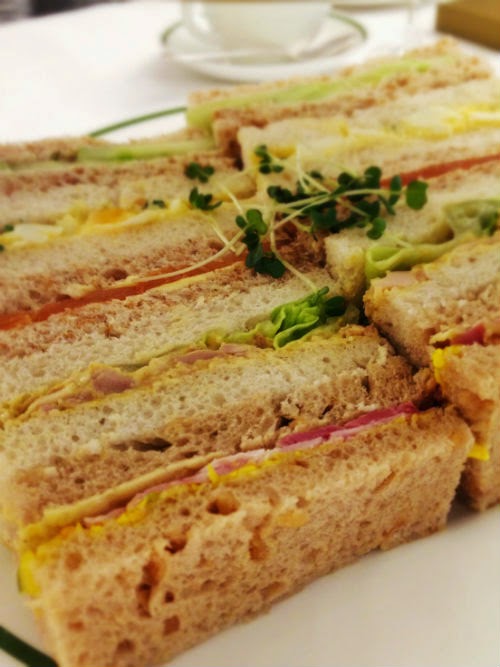 The food trays came out filled with the usual finger sandwiches; cucumber, salmon, egg salad and coronation chicken. Much like the champagne there was a constant stream of sandwich plates coming from the kitchen. 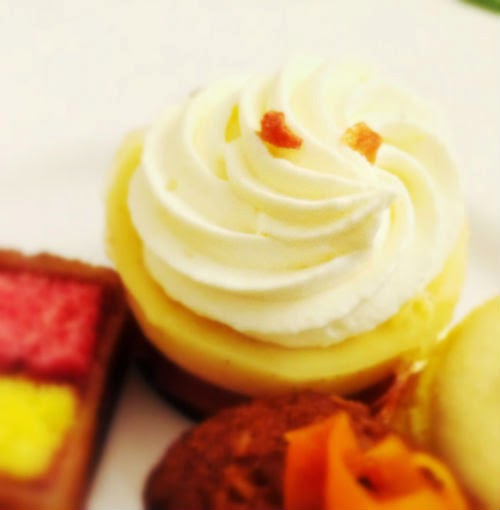 The sweeties consisted of a rhubarb pudding, a chocolate cake, a carrot cake, a macaroon and a bakewell tart. And of course there were scones which we lathered with globs of fresh clotted cream and a very fruity home-made jam.

Just when I thought I had enough, the wait staff came out carrying a tray with a treacle tart and a Victoria sponge cake. They looked too good to say no. 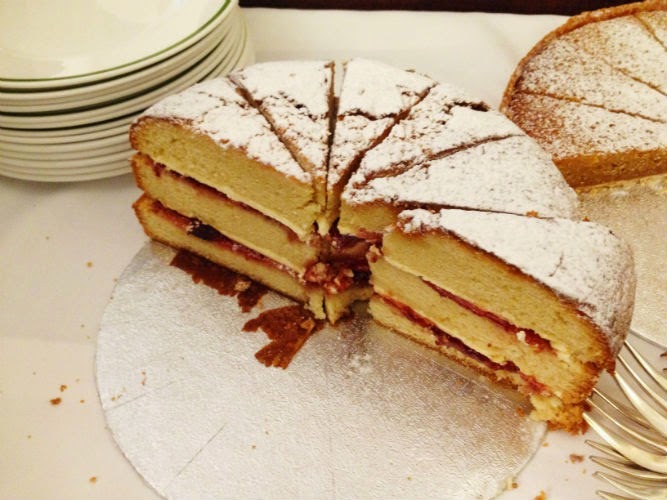 The tea itself was a regular black tea English breakfast blend. Nothing out of the ordinary. However, the food was good, the champagne was better, but the company was the best part of this afternoon. Thanks for organising, Kelly!