I’m eating around the world without leaving London. This week I had to do a little backtracking up to North Africa for Algerian food at Khamsa. After two failed attempts to have dinner here during the Christmas period, I dragged Jacintha from Urban Pixxels with me, back to Brixton for attempt number three. This time we had success. 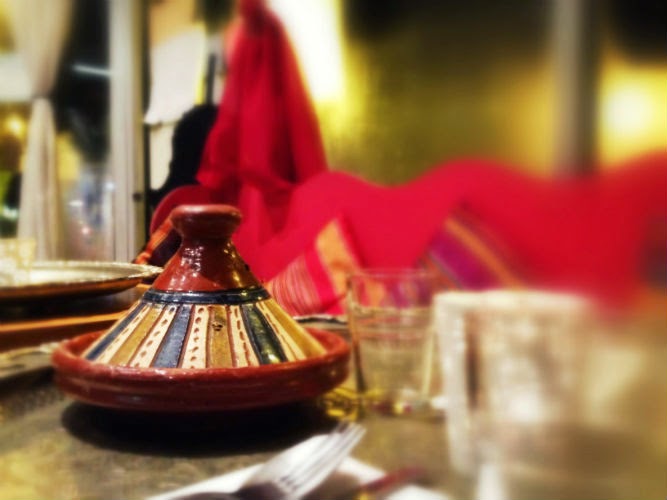 The restaurant sits on a corner in the bit between Brixton and Clapham South, so it’s not the most convenient of places to get to if you’re depending on the tube. Thank heavens for bikes. And buses.
Inside it looks cosy and very North African. There are kilims draped across the walls, alternated by what looked like ethnic musical instruments. We made ourselves comfortable on the colourful cushions that were spread out over the benches and chairs. 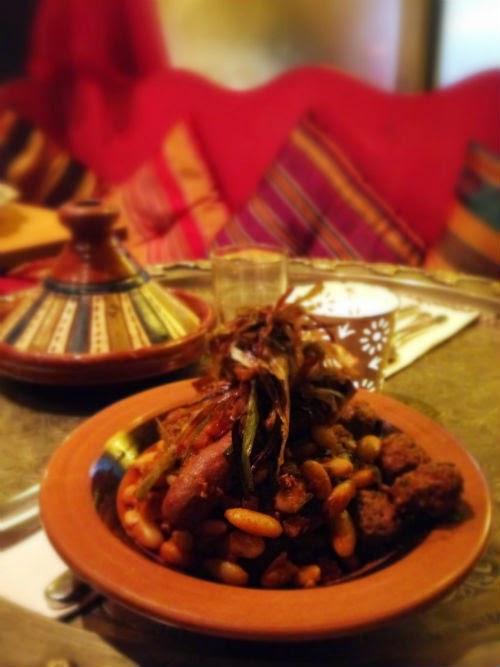 The restaurant is BYO, but we forgot to buy our own, so I settled for fresh apple and mint juice. No bottled juice at this place.

The food is very similar to Moroccan food, but apparently there are differences. I went for Loubia Hara el Kefta, a dish that made of white beans, rather spicy lamb meat balls, smoked paprika, coriander and, of course, merguez sausages. Yacintha went for a chicken couscous, which she thought was a bit bland. Mine was everything but bland and really quite tasty. 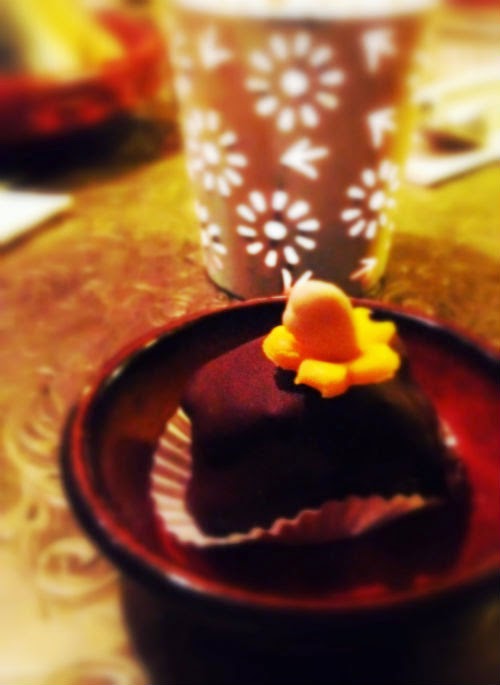 The owner treated us to a chocolate covered date and honey sweet which went down very well with the mint and clove tea.

I really enjoyed my food and the friendly service at Khamsa and I heartily recommend it to those who're looking for something a bit different.