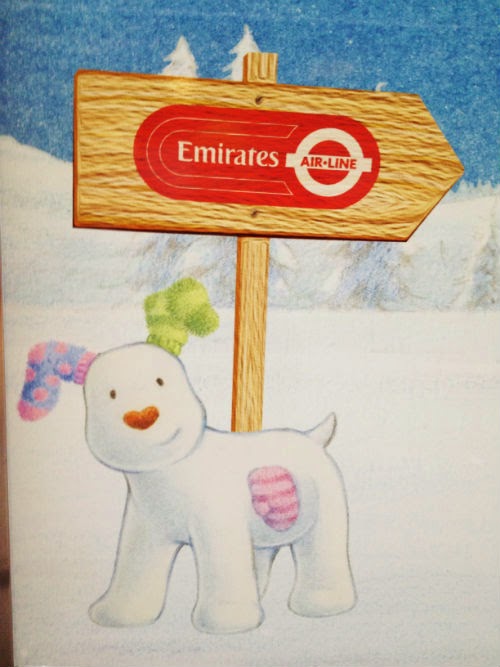 The first of January is always a bit of a downer, so this year I dragged my friend with me to try out the Emirates Air-line. Unfortunately this airline doesn't actually take you to a sun-drenched beach in the balmy Emirates, this Emirates Airline takes you from one side of the Thames to the other. 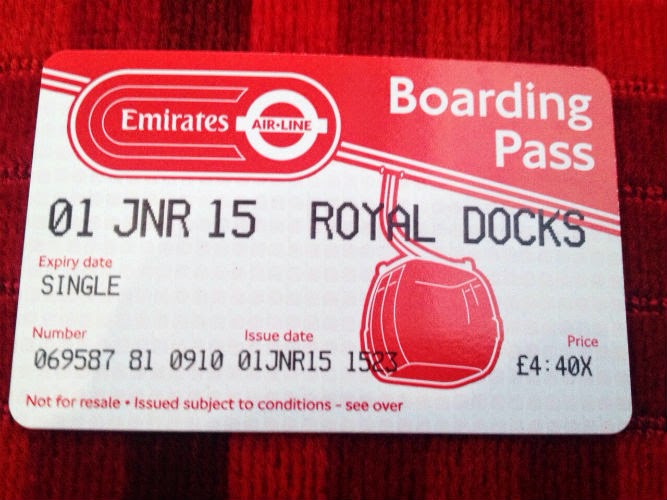 I have to admit that I never really understood the need for building this cable car across the Thames, which apparently cost millions to build and is losing £50,000 a week. All the more reason to invest my £4.40 into our beloved mayor's pet project. 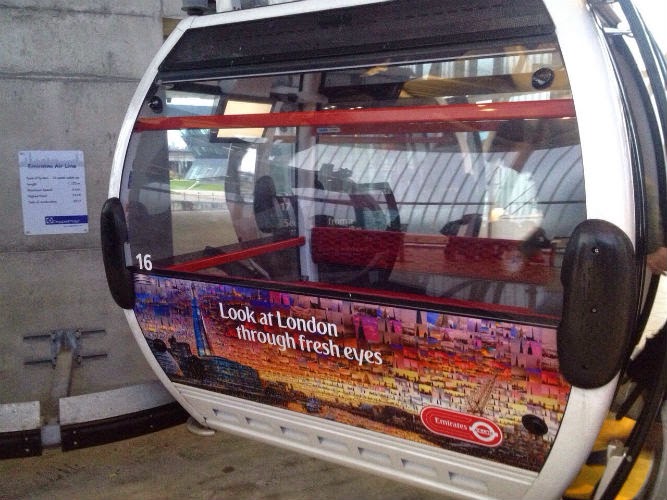 So we DLR-ed it all the way to Royal Victoria, swiped our Oyster Cards and on the cable car we went. It was rather windy that day, which made our car swing a tad bit too much for my taste. The views were, well, ok. The area surrounding the Emirates Airline is still a bit industrial and since it's quite far into exotic East-London, the views of London's skyline are rather distant. 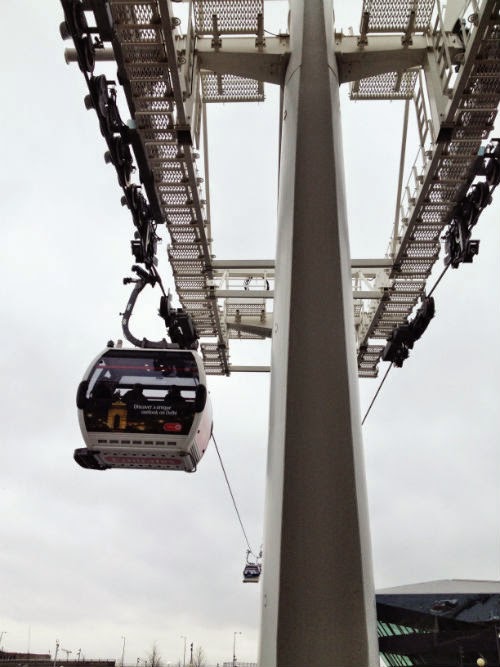 The entire ride took about ten minutes and all along our views were soundtracked by a music video of The Snowman, which does seem to embellish the views somewhat. 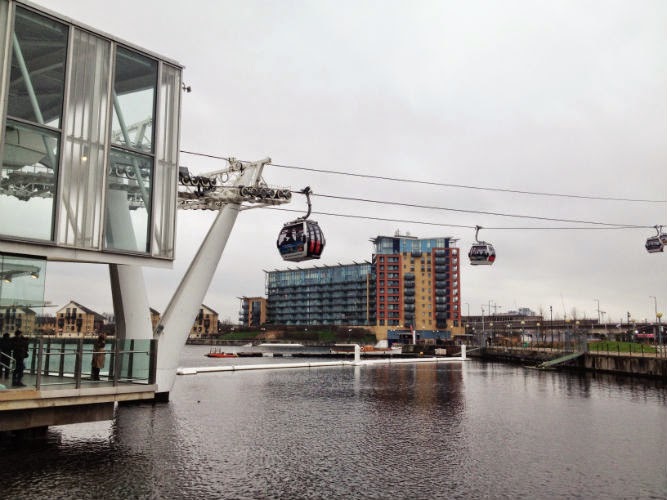 Both slightly underwhelmed, we disembarked on the other side where we indulged in a couple of glasses of bubbly to ring in the new year. Another one of London's 'must-see' sights ticked off the list. 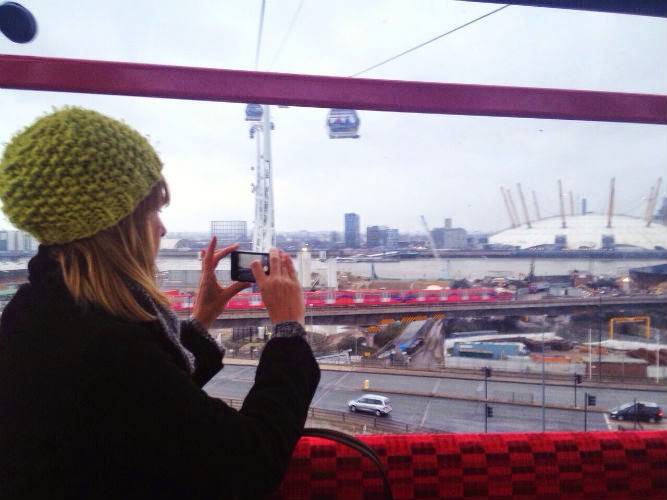