I'm eating around the world without leaving London and this week I had Nigerian food at African Kitchen Gallery. This small eatery, which also functions as an art gallery, sits behind Euston Station. One of those area I never really go to. 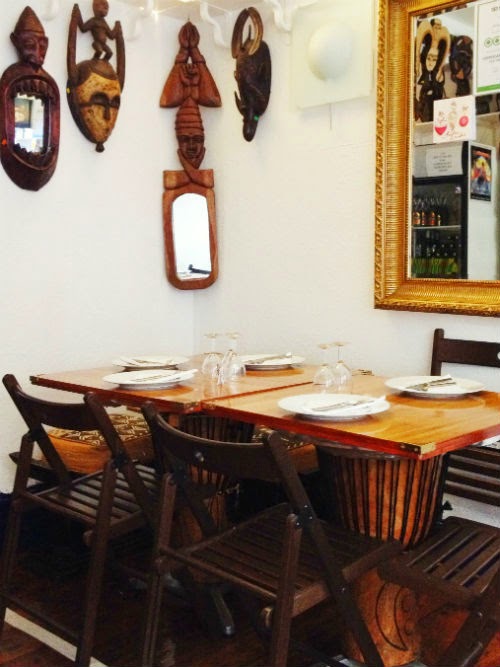 It is hard to miss as there's a giant wooden giraffe guarding the door. I walked in at around ten to two, which was lucky as the kitchen closes at 2 pm every day, before it reopens at 5 pm for the evening sittings.

I was the only guest so I took this chance to chat to my host. African Kitchen Gallery is actually run by two people, one gentleman from Spain, which was the one who cooked my lunch, and his partner, a native from Nigeria. While my host was cooking up my lunch, he explained that he'd lived in West-Africa for years before moving to London where he set up this shop/eatery with his friend. 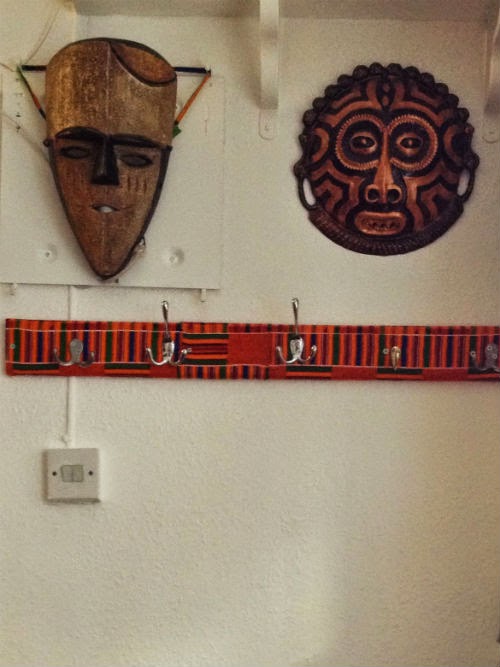 It was an art gallery first selling and displaying pieces from all over Africa, but they soon added the restaurant to the business.

The food they serve is Nigerian with dishes such as yam balls and fried plantains for starters and ewa-jombolo (a tilapia dish) and other chicken, lamb and fish dishes. 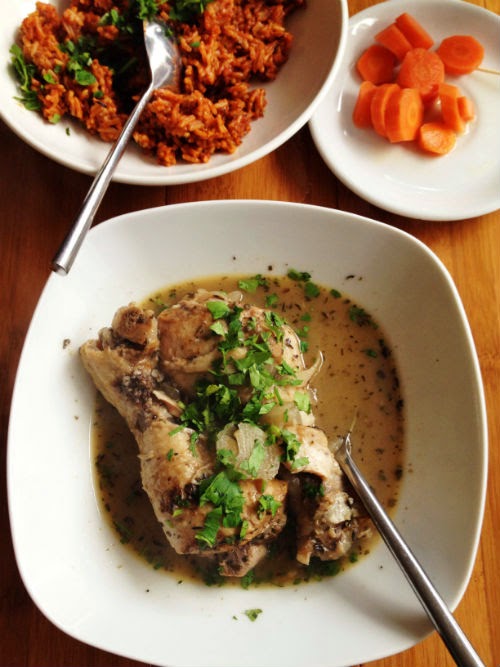 The serving was very copious, I was too full for dessert, but the host brought out some quince and coconut balls with a star-shaped dusting of cocoa powder, which went down very well. 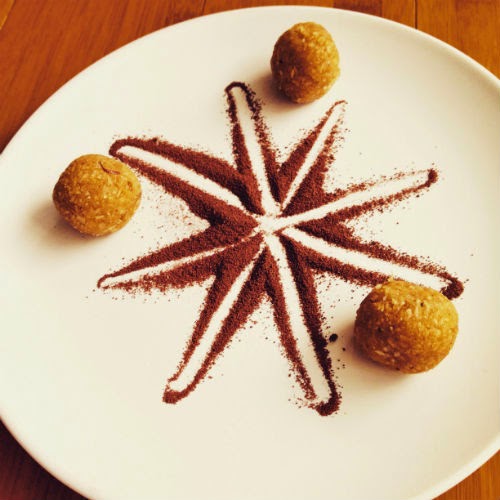 African Kitchen Gallery is a real gem, and I have a feeling the bit behind Euston Station will now be an area I will keep going to.